Know All About How Bob Saget Slid Into Kelly Rizzo’s DM! 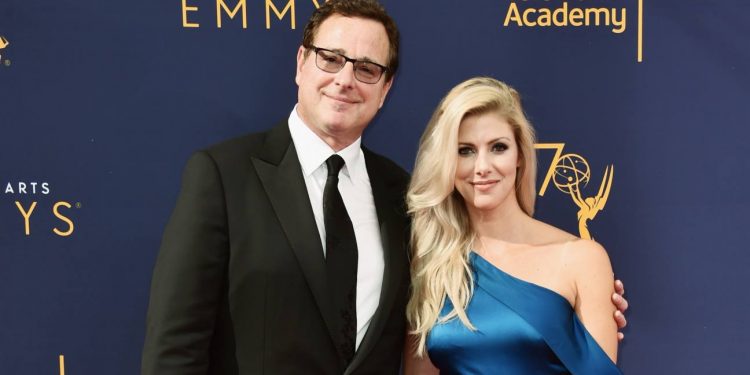 What do we know about Full House Actor Bob Saget’s Wife, Kelly Rizzo? The whole world mourns the death of iconic actor and comedian Bob Saget. As co-stars and actors have expressed shock over the saddening news, Saget’s family has also issued a statement. The late actor leaves behind his wife, Kelly Rizzo, and three children. Saget shared his children with his ex-wife, Sherri Kramer.

The family has asked for privacy as they navigate their life through this difficult time. Sadly enough, the actor passed away, leaving behind an irreplaceable void for the family. Kelly Rizzo once stated that she doesn’t see Saget as Danny Tanner! He is just the love of her life, Bobby. The pair shared a beautiful love story that the whole world needs to know. From sliding into Kelly’s DM to popping the question while watching Stranger Things, the couple did set some major goals for us. Let us find out all the lesser-known details about Bob Saget’s Wife, Kelly Rizzo.

Kelly Rizzo is a renowned travel and food blogger who has her travel show. Bob Saget’s wife, Kelly Rizzo, gained fame and recognition as the host of a popular television show named Eat Travel Rock. Rizzo hails from Chicago and currently resides in Los Angeles. The show’s official website is described Rizzo as this fun blonde Sicilian and has a rocker-chic personality. Rizzo’s name was put into the map as a blogger after she started documenting her travel stories and food experiences on her blog Eat Travel Rock.

The travel blog became such a big hit amongst followers that soon after, it was developed into a television show bearing the same name. Thanks to the interesting content of it all, the show has successfully been aired for the past five years. Not only that, but Kelly Rizzo was given the title of Travel Queen by Modern Luxury’s Michigan Avenue Magazine back in 2017. Kelly Rizzo is often giving fans many new travel ideas through her show.

The Full House actor met Kelly Rizzo back in 2015 and instantly hit it off. Bob Saget DMed Kelly and asked her if she would love to come to his show and then go out for some burgers and lobsters, and the rest was history! This was several years after Saget divorced his first wife Sherri back in 1997. After two years of seeing each other, the pair finally got engaged in 2017 and soon tied the knot in the following year, 2018.

The late actor earlier opened up about his relationship with Kelly, admitting that he never planned to have another relationship. However, it seems like fate had other plans as he found love for the second time with Kelly, and it was meant to be. The HIMYM actor explained he tried to be all about work, kids, and making people happy until Kelly happened! The actor did his due research before asking the stunning travel blogger out! The Full House actor also revealed how his daughters adore Kelly.

Kelly Rizzo Celebrates The Holidays With Her Family!

While Kelly Rizzo and Bon Saget have been married for nearly four years, the travel blogger got to spend this holiday with Saget! Kelly Rizzo took to social media and explained how it finally happened as Saget was finally in Chicago for the holidays! The pair have always been gushing about one another and how happy they made each other. The pair also went on a fun double date with co-star John Stamos and his wife, Caitlin McHugh.

Kelly also called Saget her quarantine bestie as she often documented their life through trips and fun dates. When asked how they met, Rizzo once joked about how Saget was looking for a good midwestern girl when they initially connected! She also revealed how she was quite smitten from day one when the actor slid into her DM. He asked her out for burgers and lobsters, given how she is a food blogger! That surely impressed Kelly.

Also Read: Who Is Faith Isabelle? The Wholesome TikTok Girl