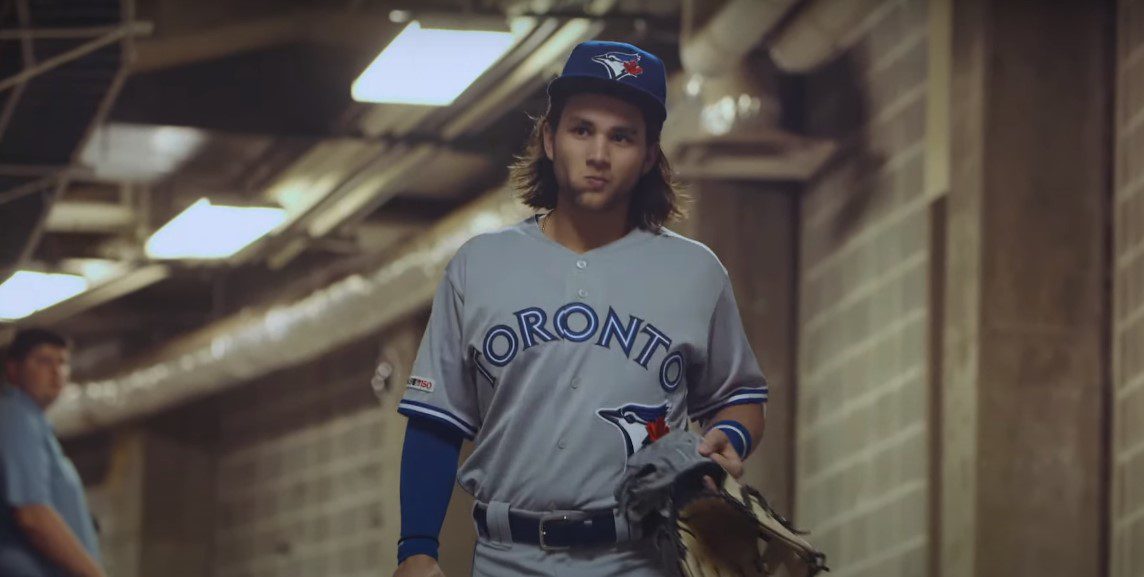 Bo Bichette is a Brazilian American professional shortstop baseball player for the Canadian Major League Baseball team, the Toronto Blue Jays. And if the name Bichette rings a bell to all our Otakukart baseball fans out there, it’s because Bo is the son of former Rockies star Dante Bichette. Firstly, we will cover who Bo Bichette is and give you a small biographical profile. Secondly, we will talk about his current girlfriend and love life. Thirdly, we will cover some other things regarding Bo’s career at Major League Baseball.

Bo Bichette (b. March 5, 1998) is a 23-year old Brazilian American shortstop professional baseball player for the Toronto Blue Jays. He was born in Florida and was home-schooled. Additionally, he began playing baseball during his teens in Saint Petersburg, Florida. His prolific talent with the baseball bat and with the glove made him the Gatorade/USA Today Florida Player of the Year. Consequentially, talent scouts from Arizona State University picked him up. After that, the Toronto Blue Jays picked him in the second round of the 2016 Major League Baseball draft. Jump with us as we tell you all about Bo Bichette in this profile here at Otakukart, where we post daily updates on all your favorite athletes.

Who is Bo Bichette?

Bo Bichette is a Florida-born shortstop player for the Toronto Blue Jays. This athlete is the son of the Rockies’ former star Dante Bichette, a four-time All-Star. Additionally, Bo received his name in honor of former baseball and football star Bo Jackson. Further, Bo grew up in a Christian household that home-schooled him. Furthermore, Bo has another brother named Dante Bichette Jr., who also played baseball for teams like the New York Yankees, and most recently, the Washington Nationals. On another point, let’ talk about Bichette’s Brazilian heritage: You see, his mother was born in Porto Alegre, and thus he and his brother inherited the nationality.

Bo and his brother’s prowess and Brazilian heritage had them picked up by the national baseball team of Brazil. They played in the 2017 World Baseball Classic and will play once more in this year’s 2021 World Baseball Classic Qualifier representing Brazil. Bo Bichette’s batting style makes him a very valuable player, coupled with his ability as a shortstop; Bo earned himself a call for the Major League Baseball All-Star Game for the first time in his life. Good for him. Keep reading our article in the next section to find out who is Bo Bichette dating in 2021!

Who is Bo Bichette Girlfriend in 2021?

Who is Bo Bichette Dating? Who Is His Girlfriend in 2021?

Here’s the question all the girls that love baseball want to be answered. Is shortstop Toronto Blue Jay Bo Bichette dating? Does he have a girlfriend? Well, the answer is that we don’t know. And the reason we don’t know is that this Floridian athlete —raised in a Christian conservative manner— doesn’t have a reported significant other. That’s right, ladies, this gentleman is up for grabs for you. But be sure to captivate him in the right way. As the man in question is all about his career: Bo Bichette seems very focused on this season and the next.

Read Also: How To Watch The Night Beyond The Tricornered Window Movie?

Because of the private nature of Bo Bichette and his love for his career, we are very safe in saying that he isn’t seeing anyone yet. And when you think about it, the dude has everything coming for him: An All-Star baseball player for the Blue Jays with a peculiar way of hitting the ball and a net worth of about US $1.5 million, but we will get to that in the next section. Additionally, the Toronto Blue Jays shortstop Bo Bichette has no previous history of relationships, divorces. And also, no children. Ladies, this man is a keeper! 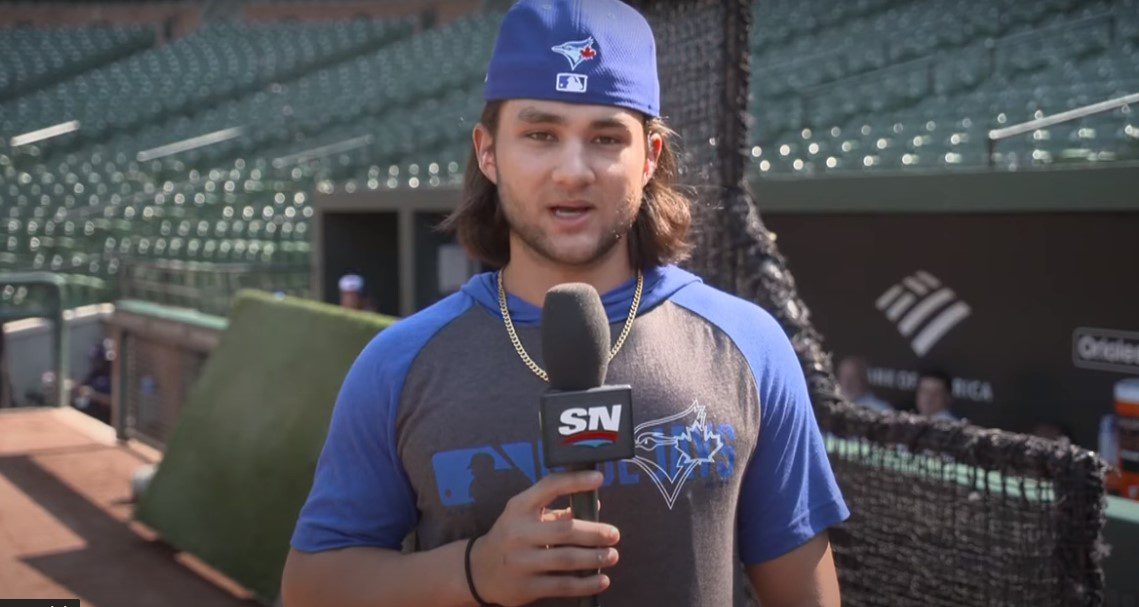 Who is Bo Bichette’s girlfriend? Is the Toronto Blue Jays 2021 All-Star shortstop single or dating someone?

Bo Bichette Net Worth: How Rich is the Toronto Blue Jays 2021 All-Star shortstop?

Bo Bichette has a net worth that rounds north of US $1.5 million. Most of his income coming from the salary he receives as a regular and professional baseball player from Major League Baseball. And with the Major League Baseball All-Star game, Bo Bichette’s net worth will likely increase if he manages to do some nice batting and short stopping. Also, considering that Bo is all about playing the game and doesn’t spend any time with the ladies, he will likely get better at the game. And if you look at his stats with 32 home runs, 105 runs batted in, and a solid .301 average, it seems like things are looking up for this athlete.

To summarize and wrap things up on our Otakukart scoop of Toronto Blue Jays All-Star shortstop Bo Bichette’s love life: Firstly, he is a Floridian and Christian baseball player of American and Brazilian ancestry. Secondly, his dad is a former Rockies All-Star player. Additionally, Bo Bichette plays in the same stadium, his first All-Star game in the same venue where his father played his last of four All-Star games. Thirdly, Bo Bichette isn’t dating anybody; the dude is all about the sport. Lastly, this season was great for the man. That’s our scoop on Bo Bichette’s girlfriend and biographical profile. Keep coming back for more.