Who Is Blake Horstmann Dating? Who Is The Reality Star Seeing These Days? 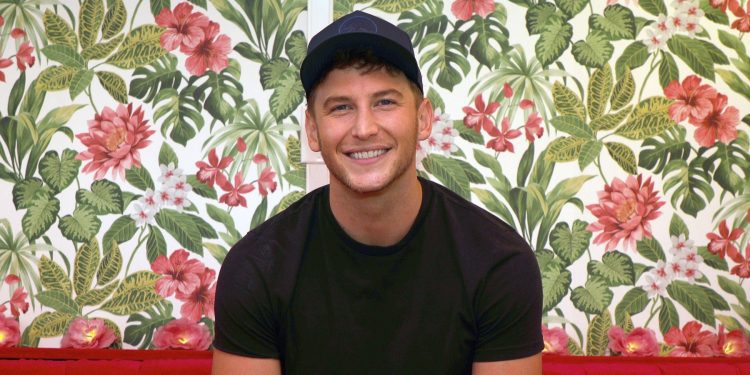 Blake Horstmann is a reality TV program star, a professional sales manager, and a businessman from the United States. He rose to prominence in 2018 after appearing on the popular show The Bachelorette. He’s famous for his enthralling and gorgeous role in the show. Blake was born in Oklahoma, United States of America, on April 22, 1989. All of us are eager to know about Blake Horstmann and his dating life. In the year 2022, he will be 33 years old. Every year on April 22, he celebrates his birthday. Blake was raised in Bailey, Colorado, by his mother, Shelly Horstmann. No information about his father has been released. Blake has a sister named Tori Horstmann.

Horstmann played college soccer for four years at Hastings College in Nebraska. In 2011, the celebrity received a bachelor’s degree in marketing and advertising. Horstmann was a football and basketball player at the high school and collegiate levels. Blake was a member of the Hastings College Bronco Football Team. Blake’s net worth is largely derived from his career as a true celebrity. According to various web sources, the Bachelor and Bachelorette participants are paid an estimated $100,000 per season. Blake is currently enjoying his ordinary life and has not been embroiled in any problems or scandals.

Who Is Blake Horstmann Dating?

Blake Horstmann is rumored to be dating Giannina Gibelli from the show Love Is Blind. Horstmann and Gibelli began dating after meeting lately. However, it appears that they are not in a hurry to take things to the next level. They’re taking things slowly, but they appear to be in love. Horstmann, 32, and Gibelli, 28, have fueled dating rumors, prompting news of their developing romance. Fans have noted that the two have shared images on social media with identical backgrounds. Horstmann shared a photo of himself standing gleefully in front of multiple barrels at Mile High Spirits in his hometown of Colorado on New Year’s Eve.

Gibelli’s Love Is Blind co-star Kelly Chase wished him a “happy new year” beneath his picture. The next day, Gibelli posted her own photo of similar-looking barrels, captioning it with the phrase “ready to walk into the happiest year of my life.” Horstmann and Gibelli’s New Year’s Eve Instagram Story images were very comparable in location, according to a fan account named @myteaandroses. Gibelli also appeared to share a snapshot from Horstmann’s bed to her Instagram Story on New Year’s Day, according to the account. Despite the fact that the rumored couple has yet to comment on the rumors, they both hinted at having a strong reason to celebrate everything that would happen in 2022, including (maybe) romance.

Who Is Giannina Gibelli??

Giannina Gibelli is a Venezuelan reality TV personality, entrepreneur, and social media influencer best known for her role on Netflix’s smash dating show Love Is Blind. She sees herself as a “Soulpreneur” who works as a social media consultant for hair care retailers. Gibelli has a large social media following, with over 1.8 million Instagram followers, in addition to her other achievements.

Giannina Gibelli was welcomed to the world on April 3, 1993, in Caracas, Venezuela, and is 28 years old as of 2021. Gibelli is 5 feet 3 inches (1.68 m) tall and weighs 123 pounds (56 kg). In her photographs, Gibelli also appears to be rather tall. She also has a thin physique, blonde hair, and brown eyes. She went to Palm Beach Central High School for her studies. Gibelli went on to the University of Central Florida, where she earned a bachelor’s degree in advertising, public relations, and applied communications.

When it comes to his profession, he began his career as an entrepreneur as a sales manager in an Exotic business. Blake has a long list of accomplishments as a result of his sales and marketing efforts. In 2018, he rose to fame after starring in the famous show The Bachelorette 22, which began on May 28, 2018. He tried to win the heart of season star Becca Kufrin, a 28-year-old publicist from Prior Lake, Minnesota, as a contestant on Season 14 of The Bachelorette in 2018. During Season 14 of The Bachelorette, Blake had a lot of opportunities to fly, which he took advantage of. Horstmann had visited the Bahamas, Thailand, Las Vegas, and even Richmond, Virginia, which is known for its exoticism. His time at Bachelor in Paradise was spent on the beaches of Mexico, of course.

Horstmann quickly fell deeply in love with Kufrin, but his Bachelorette journey was cut short when Kufrin accepted Garrett Yrigoyen’s marriage proposal, forcing Horstmann to return home in agony. Viewers disliked seeing a fan favorite have his heart shattered on national television, and they expected that he would win. Colton Underwood was eventually granted the job instead. Horstmann, on the other hand, was given a second chance at reality TV love in 2019 when he was cast in the sixth season of Bachelor in Paradise.

Why did Ian Paget and Chris Olsen Break Up? Update for The Tiktok Couple