OtakuKart
Home Entertainment Who is Biofrost’s Girlfriend? The Famous League of Legends Player 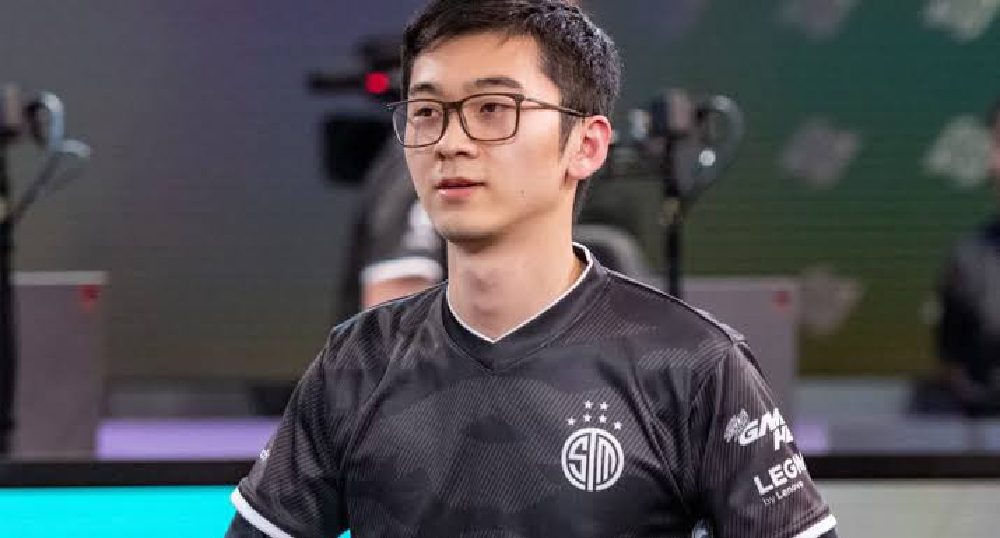 The topic of Biofrost’s Girlfriend is now causing controversy on the internet. This is why everyone wants to know about his dating status. Therefore, we’ve written this new piece to go through him in greater depth. But first, let us have a look at Biofrost. Vincent Wang, also known as Biofrost in-game, is a Canadian League of Legends player who currently plays support for the LCS team Dignitas.

Wang began his gaming career in the North American Challenger Series, where he played for teams like Team Frostbite, Vortex, and Dream Team. Wang tested out for Team SoloMid’s empty support position after YellOwStaR left during the 2016 NA LCS Spring Split. He will later join TSM on their Korean Bootcamp and be named their starting support for the 2016 Summer NA LCS Split.

Despite his inexperience, TSM finished first in the split with a 17–1 record, losing only one match against Phoenix1. TSM would go on to defeat CLG 3–0 and Cloud9 3–1 in the playoffs. Wang also took home the prize for Rookie of the Split. Let’s now have a look at Biofrost’s Girlfriend.

Biofrost is allegedly single and seems not to be dating anyone. He likewise keeps his personal life hidden from the public eye. He sparked controversy on the internet when he came out as gay on May 7, 2022. He wrote a tweet in which he indicated that he has fought with his own identity his entire life. While his parents were in China, he moved around a lot from homestay to homestay, which is essentially living in someone else’s home.

He was subjected to homophobic and sexist statements at home when he was eight years old, and whenever he did something that wasn’t “manly,” he was warned that he was acting like a lady and instructed to stop acting like a “gay.” He was hyper-aware of how he should act and try not to sound or act like a “gay” at the time, yet he was still harassed at school and everywhere for it.

No child should feel as if they do not belong in society. He hasn’t benefited from his work in the video game industry. He felt uncomfortable on practically every team he’s been on because he heard homophobic comments from either his teammates or the staff, and he was frightened of losing his job if he revealed the truth. He had finally embraced himself, despite the fact that it had taken him a long time to get there. He said that sexism, bigotry, and homophobia are common in the game industry. There is no fix to this, but we can start by holding ourselves to a higher standard and treating others with respect.

In his post, he also stated that we need to teach people in esports about proper workplace behavior. He then clarified that he is not announcing his sexual orientation because he owes everyone the details of his personal life, but rather because he wants to raise awareness about the issues that our community suffers. The personality also expressed gratitude to his parents and friends for making him feel more at ease.

Wang continues to play for TSM in 2017, finishing first in both the Spring and Summer Splits’ regular season and playoffs. He also competed in the 2017 Mid-Season Invitational and the 2017 League of Legends World Championship; however, both tournaments ended in group stages. TSM opted to overhaul its League of Legends squad after a weak showing at Worlds 2017, dismissing Wang in favor of European recruit Mithy.

TSM then sold Wang’s contract to Counter Logic Gaming, which he joined in 2018. Wang and CLG finished 7th in the 2018 NA LCS Spring Split, just missing out on the playoffs. For the 2021 Spring season, Wang announced his retirement from the professional League of Legends.