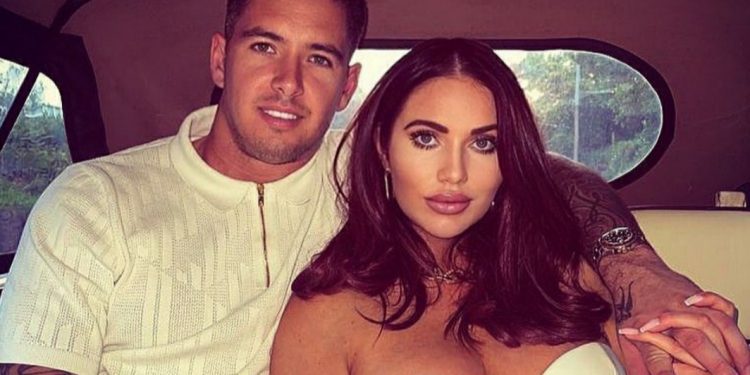 What do we know about Billy Delbosq’s Partner? Before that, many of you must be wondering about his identity as he maintains a bit low profile on social media. Well, starting this article with a small introduction, Billy Delbosq is a gym owner and also an instructor, hailing from Essex. The name of his gym is Brentwood’s Box Gym Fitness. Also, he owns a domestic flooring company called LVT. Besides these ventures, Billy Delbosq also serves as the director of Delbosq Ltd., which is a carpet and flooring store. He gained prominence in 2018 after making an appearance on a reality dating show called First Dates.

Not only that, but Billy Delbosq also gained much popularity among people across the world once his girlfriend confirmed their relationship to the public. With this, you must have assumed that his partner is surely someone maintaining a high profile on social media and television. The couple was spotted together outside in London several times, which gave a hint to their fans initially. In short, she is one of the TOWIE (The Only Way Is Essex) stars. If you want to know about Billy Delbosq’s Partner, you must read this article till the end.

Also Read: Jake Hall Girlfriend: Who is the Ex-TOWIE Star Dating in 2021?

Knowing that Billy Delbosq is dating someone quite popular from TOWIE, many of you must be wondering about that television star. Well, Billy Delbosq’s Partner is Amy Childs.

In case you aren’t much aware of his girlfriend, Amy Childs is a British model and a television personality. She gained prominence with her appearance in the two consecutive series of the show The Only Way Is Essex. It premiers on the ITV2 network. Besides that, she also appeared with active participation in the reality show- The Jump. Also, as a model, Amy Childs worked with Vogue magazine.

As of December 2021, Billy Delbosq is 37 years old, while his girlfriend Amy Childs is 31 years old. She confirmed to be dating him in September 2021. Amy Childs has been seen taking fitness classes in her boyfriend, Billy Delbosq’s gym. Also, they have been spotted outside together enjoying glasses of champagne on their dates. In an interview, she confessed how much happy she is to be with Billy Delbosq. It feels good to see them together, and now we are just expecting the fall of the news of their wedding real soon. Though, neither of them has talked about any marriage plan to the media yet.

Also Read: Amy Childs Boyfriend: Who is the TOWIE star dating in 2021?

Billy Delbosq, with his girlfriend Amy Childs, has visited the United Arab Emirates. More specifically, it’s the DoubleTree (Five Star) by the Hilton Resort & Spa Marjan Island. Billy isn’t much active on social media. But that doesn’t stop the fans from reaching to them as Amy is quite social. She posted several pictures on her Instagram, sharing glimpses of their romantic time. His girlfriend, Amy, also shared to be living the best of her life during the holiday. There, with her, Billy also played a game of table tennis. The couple looked too good walking on the seafront of Marjan Island while holding hands with each other.

When asked about his girlfriend, Billy Delbosq confessed how understanding, supportive, cheerful, and loving she is. He also claimed that he feels blessed to have her as his twin flame. On the other hand, Amy Childs confessed how she rushes into relationships. Adding it to the note, she also cleared out the fact of being happy with Billy Delbosq. Initially, she wasn’t that serious and wanted to see if things would work between them. But, at present, it seems like they are made for each other! Good wishes to both of them!