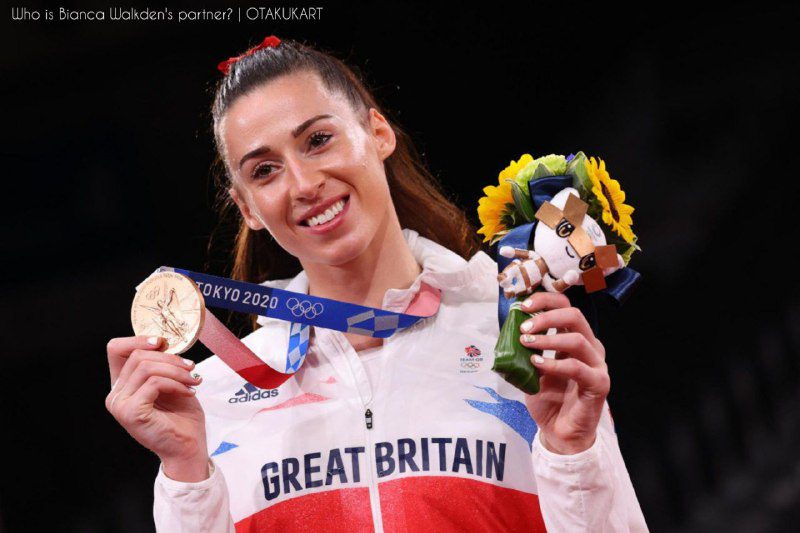 Bianca Walkden, a name with which every tongue is familiar! She is a triple World champion, twice European champion, and twice World Grand Prix Final champion in her division! To your interest, the British taekwondo athlete had twice bagged Olympic medals. First in the 2016 Rio Olympics, where she grabbed the bronze medal. And then in the last 2020 Tokyo Olympics, where she achieved another bronze medal. In 2017 Bianca became the first practitioner ever to win all 4 Grand Prix events in her division in a single season.

Several prestigious accolades are lining her successful path. However, the time during the lockdown was a bit challenging for the athletes, and so was for Bianca Walkden! But she considers herself lucky enough to get locked down with a double Olympic champion and a triple European champion. And interestingly, out of these, one is her boyfriend! And this means that she has some good training partners to have her back. But who is Bianca Walkden’s partner? And from when they are together? Well, if you are curious to know more about Bianca Walkden, especially about her personal life, then follow us as we dive through this article!

Who is Bianca Walkden’s partner?

So, Bianca Walkden’s lockdown training partner, her better mate, her love partner, is Aaron Arthur Cook. Interestingly, he is a taekwondo athlete who has represented Great Britain, the Isle of Man, and Moldova! Moreover, he grabbed the limelight for his controversial omission from the British team for London 2012 when he was world No 1. This eventually led him to move to Moldova, which he represented at Rio 2016. On several occasions, Aaron Cook has been ranked the number one in the men’s −80 kg division. He is also a three-time European champion.

Both Bianca and her boyfriend Aaron have multiple awards, which witness their supremacy in their sport! So, from when are they warming each other’s hearts? Well, the reliable rumors claim that the two taekwondo athletes have been in a relationship since 2008. And before revealing anything else, let’s disclose the name of their other garage training partner. So, the trio included Jade Louise Jones. She is a Welsh taekwondo athlete. Twice she had won the gold medals at the Olympics. First in 2012 London, and then in 2016 Rio Olympics. Since 2010, Bianca Walkden has been living with Jade Jones in Manchester. And in 2020, Aaron Cook also moved in with them. Almost every day, the trio train at GB Taekwondo’s National Taekwondo Centre.

Their journey during the tough time of lockdown!

Lockdown was a period during which almost every family had seen their tough times. And then things become even worse if you and your partner share an athletic background and are willing to have your contribution to the upcoming Olympic event, which was not even guaranteed because of the pandemic! So, how had this couple dealt with those tough days? Well, they had used the best out of their garage in Manchester, which they had converted into a makeshift taekwondo gym, complete with body opponent bags, weights, pads, mats, and bikes.

Once Bianca Walkden confessed that she found Aaron as the best training partner. And even though they are competitors, they are doing good in their relationship. Moreover, they believe that the sport is the only thing which helps them to unite. They think that they don’t argue because they just let it out in taekwondo as much as they can. And following that, they are back to normal after. So, it’s like therapy to them!

More about Bianca Walkden’s participation in the last Olympics!

While Bianca Walkden was sure to bag the gold medal at the 2020 Tokyo Olympics, she was made to settle for the bronze medal in the Makuhari Hall, Tokyo. However, the three-time world champion was doing good and led South Korea’s Dabin Lee by two points in their semi-final. Bianca was eventually sent into the repechage when her opponent gave a three-point head-kick right on the button that had declared Bianca’s combatant the winner by a 25-24 win! Bianca Walkden then became a two-time Olympic medalist after defeating Aleksandra Kowalczuk in the women’s taekwondo +67kg category.

Also Read: What Dating Show did Mark Philippoussis Star in? 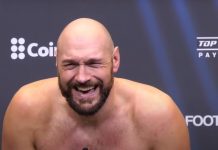 Tyson Fury vs Dillian Whyte Result: Is Tyson Fury Retiring After This? 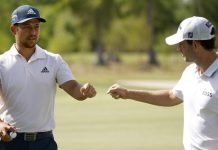 How To Watch Zurich Classic 2022 In The US, UK, And Australia? 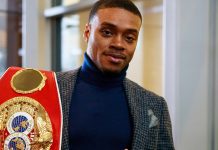 How to Watch The Errol Spence vs. Ugas Fight?