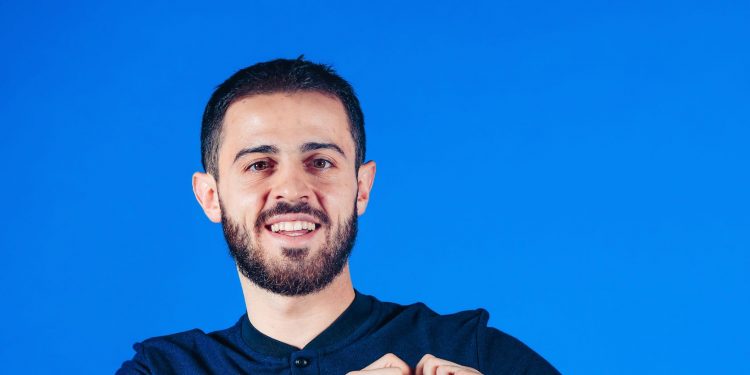 Bernardo Mota Veiga de Carvalho e Silva popularly known as Bernardo Silva is a professional footballer who is 27 years old. He is a midfielder for Manchester City of the Premier League and the Portugal national team. Lately, Bernardo has been making news for his personal life, and his fans want to know who Bernardo Silva’s Girlfriend is? He was born in the Portuguese capital of Lisbon. The Portuguese player signed a £43.5 million contract with Manchester City in England. His on-field abilities are extraordinary, and he has achieved fame and recognition as a result. Bernardo Silva is best recognized for his quickness and ability on the pitch, which makes him a dangerous opponent. He’s also a smart player with good physical ability. His dribbling abilities are unparalleled, and all of these qualities helped him land a contract with one of England’s most prestigious clubs.

On the field, he contributes frequently and creates scoring opportunities for others. Manchester City became the first men’s team in England to win a domestic treble thanks to Bernardo Silva. He was selected as Manchester City’s Player of the Year in 2019 and was also named in the PFA Premier League Team of the Year at the time. Following that, Bernardo Silva was named to the Ballon d’Or shortlist of 30 players. In addition, the Portuguese footballer had numerous appearances in international matches. He played in both games of the UEFA Nations League Finals, creating chances for the squad that led to Portugal’s victory. Bernardo has later declared the best player in the event. He spends more time with his family outside of football and less time in various assemblies. Bernardo spends the majority of his time away from the pitch with his friends and family.

Who Is Bernardo Silva’s Girlfriend?

Bernardo Silva’s girlfriend is Ines Tomaz, the popular model. During the coronavirus lockdown, which they spent with friends in a huge mansion near Lisbon, the couple’s love flourished. Christmas had also been spent together by the couple. Following his separation from attractive French model Alicia Verrando, the Man City star stated in May that he had found love again and was dating for the first time since.

He sparked rumors of a new romance when he stated in April that Ines was one of the three ladies and three male pals with whom he had been in lockdown. Ines made their romance public by releasing a video of the footballer on a beach with his arms around her on Instagram. Bernardo and Ines had not revealed when they started dating, despite the fact that they had been secretly dating each other. They were also spotted together in September on the beautiful island of Formentera, just off the coast of Ibiza.

Also Read: Who is Bradley Simpson’s Girlfriend? Who Is The British Pop Singer Dating?

Bernardo Silva has previously been in a relationship with Alicia Verrando. Silva’s two-year romance with her was said to have ‘gone chilly’ once she relocated to the United Kingdom. Alicia, a Monte Carlo native who met Bernardo while interning as a marketing assistant at his previous club Monaco, flew to Russia to cheer on Portugal during the 2018 World Cup. She tweeted a video of fans wearing Portuguese shirts with her partner’s name on them shortly after arriving, before his team’s match against Uruguay. However, the last ‘happy couple’ photo they uploaded on social media was from Sesimbra, a posh resort near Lisbon, in May 2018. Bernardo, who signed a huge five-year contract with Man City for £43 million in May 2017, shared photos of himself with his sister Maria at her wedding but none with Alicia on social media.

Who Is Ines Tomaz?

The natural attractiveness of the Portuguese fashion model drew everyone’s attention. Ines Tomaz, a Portuguese model, rose to prominence after she began dating Manchester City’s Bernardo Silva. Tomaz’s physique measurements are ideal, and her innate attractiveness is unparalleled. Ines Degener Tomaz is a 23-year-old actress who was born on June 24, 1998, in Lisbon, Portugal. Her lover, Bernardo Silva, is of Portuguese descent, as is the beauty. In addition, the two grew up in the same area. Mariana, her sister, was the Miss Global 2007 representative for Portugal, and she and Mariana have a close bond. According to the photos on her Instagram account, the Portuguese beauty has a brother who goes by the handle @Tomazdegener.

Will Reiner Braun Die in Attack on Titan Final Season? The Fate & Death of Armored Titan