Who is Ayh.tee from TikTok? All About Him! 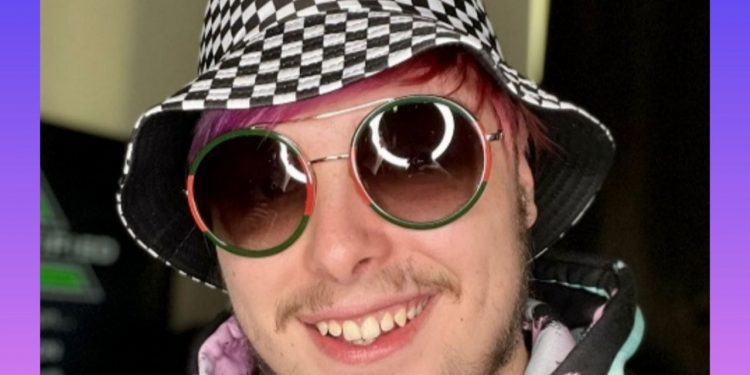 Let us know that who is Ayh.tee from TikTok! Well, before we start this article, we would like to ask you a question! Will you ever think of sharing your credit card details publicly on your social media handle? Obviously no! But what if someone who is already popular and also has a huge Net Worth shares his valuable credit card details publicly! Isn’t that would be a jackpot for his followers! Well, to your surprise, all these are not just hypotheses. Ayh.tee from TikTok is that famous personality who turned this hypothesis into a living reality! And now we are sure that you would be even more curious to know that who is Ayh.tee of TikTok! And this article would not let you down.

Ayh.tee is an emerging mega TikTok star whose list of followers got a boost after he posted his credit card details publicly. Following which the internet was full of questions asking that what is his real name, what is his zip code, his credit card information, and many more. And to provide a sense of relaxation to all those curious minds, this article would also cover all these questions. And on this note, let us begin our hunt!

Who is Ayh.tee from TikTok? The answers to all of the trending questions related to Ayh.tee!

Ayh.tee is one of the popular content creators from the United States who enjoys huge fan support. He creates short, engaging entertainment videos. As of now, he has a total of 5.5 Million followers on TikTok with 57.7 Million likes. Regarding his personal details, he was born in 2000 in the U.S. However, his birth date is still under review. But some claim that this TikTok music artist has Pisces as his zodiac sign and was born on 9th March. And if all these details are not the rumors, then he is twenty-one years old. Ayh.tee is also a member of the rap group The Squad. His father’s name is Trevor Rohrbough. And to your information, AyhTee is married, and his wife’s name is Prima Boo.

As of now, he is enjoying huge fame, but his journey too was not easy. He was an aspiring hip-hop artist who was lacking motivation. Moreover, at that time, he also did not have sufficient money to promote his music career. But then he came up with an idea, following which he landed on the famous video-sharing social media platform TikTok. It allowed him to create and share videos of around 15-seconds on any topic. And fortunately, this platform had helped him to turn his dream into a reality by giving a boost to his music career.

And now, when he posted a video in which he shared his credit card details, that video went viral and gained hundreds and thousands of likes. To your surprise, in the comment section, many had even thanked him for that valuable information. While many also wrote that they were able to buy several things using the details that he shared. On the other hand, many were also confused. Later, in one of his videos, he said that those who were unable to understand it may take a screenshot of the video. And when they would zoom it, they can find the card details in the reflection. Moreover, one user had also commented on the video that the code is 44274348305. And the zip code is 93604.

Though he is a famous social media personality, he tries to keep his personal life under the wraps. He even has not released his real name. His fans know him by his social media account’s name AyhTee.

His social media handles other than TikTok!

Well, if want to follow this emerging star but unfortunately TikTok is banned in your country, then also no worries! As you can also find him on Instagram and YouTube. Though he had posted only three videos on his Instagram handle, his popularity has helped him to gain a total of 27.7 thousand followers over there. But yes, he is quite active on his YouTube channel that has 4.51 thousand subscribers.

Also Read: iHeartMemphis Girlfriend: Who Is The Rapper Dating In 2021?

Fruits Basket Prelude: When is it Coming?