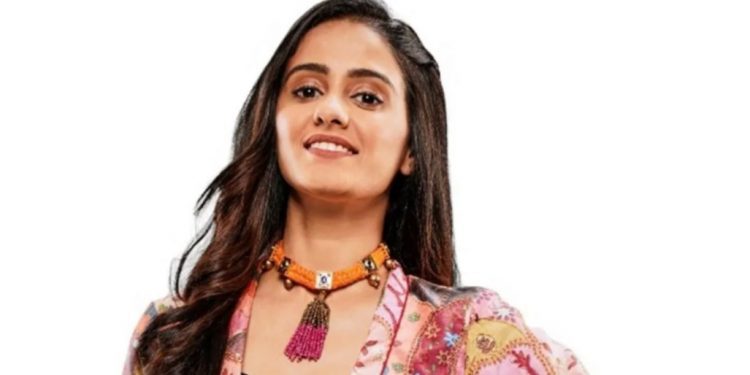 What do we know about Ayesha Singh’s personal life, i.e., who is her boyfriend? For those who aren’t much aware of her, Ayesha Singh is an Indian television actress who has worked in a few Hindi serials. Currently, Ayesha Singh is staring in the television show Ghum Hai Kisi Ke Pyaar Mein. You can watch it on the Star Plus channel. Besides serial, she also worked in a couple of films which helped her in garnering massive recognition and fame. It’s been a few years that Ayesha Singh has started working in this industry, but that doesn’t seem through her notable works.

Since she is young, talented, and has made much prominence, fans have shown immense interest in Ayesha Singh’s Boyfriend. There are several rumors related to her dating the son of the producer of her current show. People have started wondering if those rumors are true. If you want to know more about Ayesha Singh’s love life concerning her boyfriend and career, you must read this article till the end.

Also Read: Disha Patani Dating: Who Is The Boyfriend of The Rising Bollywood Actress?

From the several dating rumors related to her surfacing over the internet, you must be knowing who the person is. Well, Ayesha Singh is rumored to be dating Ishaan Rajesh Singh. In case you don’t know him, Ishaan is the son of Rajesh Ram Singh, who is the producer of the serial Ghum Hai Kisi Ke Pyaar Mein. In real, she hangs out a lot with him, which led her fans to think they are dating each other. There is a strong buzz. But, neither of them has confirmed that they are romantically related to each other. When Ayesha was asked about him, she confessed that Ishaan wasn’t her best friend but one of her close friends. Thus it is not clear whether Ayesha Singh is currently dating him or is happily single. Nevertheless, it seems like their bond is growing day by day.

What’s your take on this? Hoping she reveals her relationship status and gives a tag name to the kind of bond she shares with Ishaan.

Also Read: Who is Erin Darke’s Boyfriend? Is She Dating Harry Potter Star Daniel Radcliffe in 2022?

Fans are not just interested in Ayesha Singh’s Boyfriend but also keen to know about other things related to her. Here is some of the information we have!

How Old is she?

The Indian television actress Ayesha Singh was born on 19 June 1996. Her birth year makes her 25 years old, as of now. This year, in June, she will be turning 26. She was born in Mumbai, while her hometown is in Agra. Her zodiac sign is Gemini.

Ayesha Singh is quite educated. For studies, she attended St. Patrick’s Junior College in Agra. She attended SNDT Women’s University Law School in Mumbai, from where she earned a degree in criminal law and civil lawsuits. Not only that, but she also did some internships as her family wanted her to become a lawyer.

From the very beginning, she wanted to become an actress but her family didn’t support her initially.

Talking about her career, in 2017, Ayesha worked in the film Adrishya which was a massive success. After a couple of years in 2019, she started working in the show Zindagi Abhi Baaki Hai Mere Ghost. In the same year, she released her film Jedu Chepala Kadha. Since 2020, she has been staring in the show Ghum Hai Kisi Ke Pyaar Mein. Because of her amazing acting skills, she has garnered more than 861K followers on her Instagram account as of 2 January 2022.

She shared how inactive she was on social media. But slowly, she is learning the ropes accepting it as a part of her job. At present, Ayesha Singh keeps posting pictures of her, including the cooking ones. She is a great cook.

We wish Ayesha Singh good luck for the upcoming days of her life! As she is too young, it is believed that she will conquer all her goals in the future.