Who is Avani Gregg Dating, What Happened With Anthony Reeves? 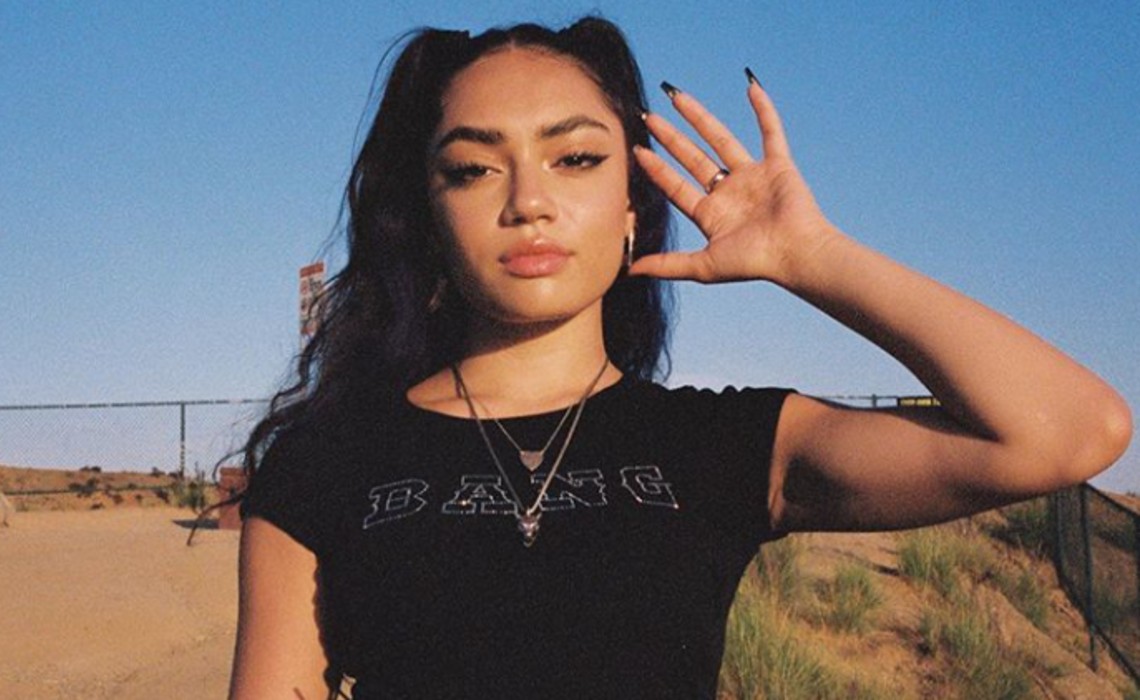 Who is Avani Gregg dating?

How can we forget the popular entertaining app TikTok and the users who make our day more fun and exciting with their awesome challenges? In this post, we will be knowing about one of the most popular TikTok named Avani Gregg. We all know her right, the popular teen Tiktok user who is also a makeup artist by profession. Apart from that, with her awesome skills in acting and lip-syncing, she made her way to the small screen of the American industry.

She made her debut on the small screen by portraying the role of the popular character named Gema in the teen web series named Chicken Girls. Apart from that, being such an awesome TikTok, she was awarded the Shorty Award under the category of Tiktoker of the Year. She received the award in 2019. Other than that, in the very next year, that is in 2020, she made her way to the 30 under 30 list that was published by the renowned magazine named Forbes. Her name was under the category of social media.

Born on the 23rd of November in 2002 in the beautiful city of Brownsburg was the popular TikTok named Avani Gregg. She belongs from a family of mixed race and ethnicity where her mother has her roots from a Gujrati cultured family in India, whereas her father is half Mongolian and half African American. She is not the only child of her family but has two sisters, namely Shanti Gregg and Priya Gregg. Having three siblings, she is the middle child. Apart from that, her older sister who is Shanti, is also a social media influencer and has somewhere around 170k followers in her Instagram account. Other than that, from a very early age, she used to learn gymnastics from the best professionals. She participated in many competitions and won them. But as fate may happen, she suffered a severe injury in her back which was further recognized as a stress fracture.

Being a skillful makeup artist Gregg’s most of the post contains something or the other related to makeup. Not only does she has her hand in makeup, but she is also a great star of the popular entertainment app named Tiktok. But being one of the many users, it is a bit tough for a user to get their video noticed by everyone around the world, but our very own artist Avani Gregg got her first video viral on TikTok in 2019. The content of the video was her makeup transformation into a popular character named Harley Quinn. After the video went viral, she was given the nickname of that is Clown Girl. By the end of 2019, that is in the month of December, she acquired the opportunity to join the collective group in LA named The Hype House. Apart from here, there were other participants who are also popular TikTok, namely Charli D’Amelio and Addison Rae.

Being such a graceful TikTok artist, she made her way to the small screen of American television. Currently, she plays the role of one of the major characters named Gemm in the popular teen drama series named Chicken Girls. Followed by the success of the series, by the end of the following year, that is, 2020, in the month of September, she, via her social media handles, declared that she would soon be launching a memoir which will be published by the Gallery Books. Apart from her skills of acting, she is also a great host. With this in the month of November in 2020, she started a talk show titled Here For it. The show was aired on Facebook under the Facebook watch category. In this talk show, she mainly addressed the problems that a person of Gen-Z is facing.

Who is Avani Gregg Dating?

Ok so, let’s be honest, who doesn’t love to know about the love life of their favorite celebs, especially the teens. So, the popular TikTok and the 17-year old girl named Avani Gregg is currently dating someone from her own field named Anthony Reeves. He is often known by his other name that is “Luvanthony”. Though their relationship has been going on for quite a long time, it caught the eyes of everyone when the couple posted their pictures on their social media handles and, to be specific, on Instagram. In one of the recent posts of Avani, we can see the couple is celebrating their six-month anniversary.

But I would say that this is not the first time that the TikTok couple is getting attention from everyone. Back in the month of November of 2019, there was some news about Avani Gregg being romantically involved with someone. Later, the couple was also spotted in one of the famous music festivals and carnival of America that is the Creator’s Camp Flog Gnaw Carnival. After some time, the couple decided to make their relationship public. With this, they bought their relationship to the public platform on the 4th of January when Avani posted their picture on her Instagram handle. Followed by that, the couple kept on posting pictures with each other.

Who is Anthony Reeves?

As said, Anthony Reeves is the current boyfriend of Avani Gregg. His root is traced back to the native of the beautiful city of Ashland, which is in Kentucky. Like his girlfriend Avani, he also loves entertaining people with that he also gained much fame from the popular entertainment platform named Tiktok. Apart from that, he is also a major part of the popular TikTok group named Sway House. Other than Reeves, there are five more characters, namely Bryce Hall, Jaden Hossler, Josh Richards, Quinton Griggs, Kio Cyr, as well as Dixie D’Amelio, who is regarded to be the ex-boyfriend of the popular star named Griffin Johnson. The members of the popular group dwell at their mansion, which is in the beautiful city of Bel-Air located in Los Angeles.

Who is Brandi Passante Dating After Her Breakup With Jarrod Schulz?