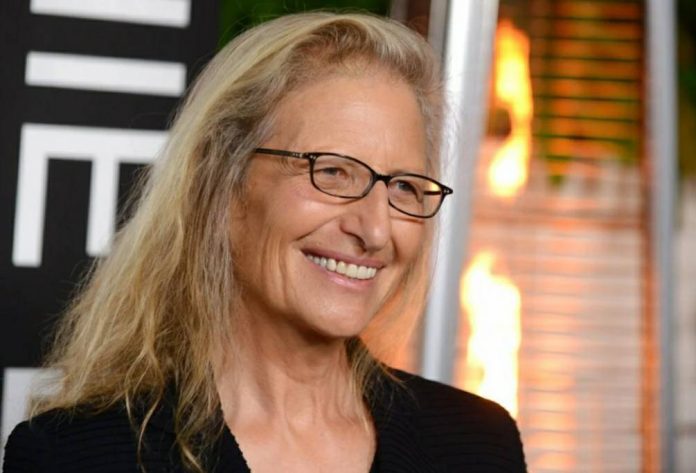 Here, we shall discuss who Annie Leibovitz’s Partner is. What do we know about the portrait photographer’s love interest and career details? Starting from the basics, Anna-Lou Leibovitz has gained massive prominence with ger engaging portrait clicks of the celebrities. Well, Annie was the first woman to get featured at Washington National Portrait Gallery. She is often regarded as the Living Legend, mostly by the Library of Congress. The list of some of the artists that have contributed to her notable photography works includes Sonia Braga, John Lennon, Linda Ronstadt, Whoopi Goldberg, Gisele Bundchen, Michael Jackson, Lady Gaga, Mark Zuckerberg, etc.

Knowing so much about her popular works, fans are interested to learn what’s going on in her personal life. Well, she was in an open relationship with Susan Sontag and stayed together until her death. But, what’s her current relationship status? Little did you know, Annie is also a mother of three children. Let’s dig into this article to learn more about Annie Leibovitz’s Partner and her noteworthy career.

Who Is Annie Leibovitz’s Partner?

Talking about Annie Leibovitz’s Partner, it appears to be no one. To be more precise, at present, this portrait celebrity photographer doesn’t seem to be sharing romance with anyone and is currently enjoying her singlehood. Even at this age, Annie is working hard to upgrade her skills and make more prominence with her versatile photography skills. Moreover, she doesn’t seem to invest in any other relationships anytime soon, as she is believed to already have someone very special in her heart, which we shall discuss shortly. Since 2004, she hasn’t been rumored about or even linked with anyone to date. Taking more about her personal life, Annie is the mother of three daughters, Cameron, Susan, and Samuelle.

Well, Annie Leibovitz shared a very close relationship with Susan Sontag. It started back in 1989 and stayed till 2004, at the time of Susan’s death.

However, neither of them has ever commented on sharing a platonic relationship or friendship. But in an interview, Annie started, “with Susan, it was a love story.” In one of her writings, she stated that they did help each other throughout their lives, giving a tag of friends to themselves. But later, she asked people to call them ‘lovers,’ by saying that it sounds romantic and started, “I mean, I want to be perfectly clear. I love Susan.” With this single statement, it is very much clear how invested Annie was in her.

Besides knowing the details of who Annie Leibovitz’s Partner is and her past relationship, fans are pretty much interested to learn more about her. Born on 2 October 1949, it makes Annie 72 years old at present. She was born in Waterbury, Connecticut, United States. For more highlights of her photography skills, you may follow her on Instagram, having over 706K followers.

Moving on with her career, Annie is the recipient of several awards, such as the 2015 Paez Medal of Art from VAEA, the 2018 Honorary Doctorate Of Fine Arts, The Lucie Awards, and a lot more. Besides her versatile photography works, as mentioned earlier, Annie is also a great author. Last year, she published a book titled Wonderland, learning a large number of readers. Some of her other writings include Photographs, Pilgrimage, Olympic Portraits, Life in Photographs, Images of a Lost Human Epoch, and many more.

Best Wishes to Annie Annie Leibovitz for the upcoming days of her career! Always excited to come across more of her.