20 years old Alphonso Davies was born on 2nd November 2000. Davies was born in Buduburam, a refugee camp in Ghana’s Gomoa East District. They fled from Liberia during the Second Liberian Civil War and lived there for a while. Liberia’s capital, Monrovia, is home to his parents, Debeah Davies and Victoria Davies as well as his mother.

Alphonso Davies is a professional soccer player. Associated with Bayern Munich and the Canadian national team, Davies plays as a left-back or as a winger for the Bundesliga club. As a Major League Soccer player, Davies became the first player born in the ’00s to appear in a match. He also became the youngest player to appear for the Canadian men’s national team in June 2017. Additionally, he became the youngest player ever to score for this team, during the 2017 CONCACAF Gold Cup and the First ’00s born player to score at a high-level international tournament. Who is Alphonso Davies Girlfriend?

Jordyn Huitema is the girlfriend of Alphonso Davies. While at Vancouver Whitecaps, they met, in 2017. Afterward, they went on to bigger and better things in their careers, winning Canada’s Under 17 Player of the Year award. For Davies, making Huitema an official girlfriend took a long time. Davies was 16 years old when he proposed and he made sure he did it in a memorable style which worked wonderfully when he proposed to Jordyn, 15 years old. 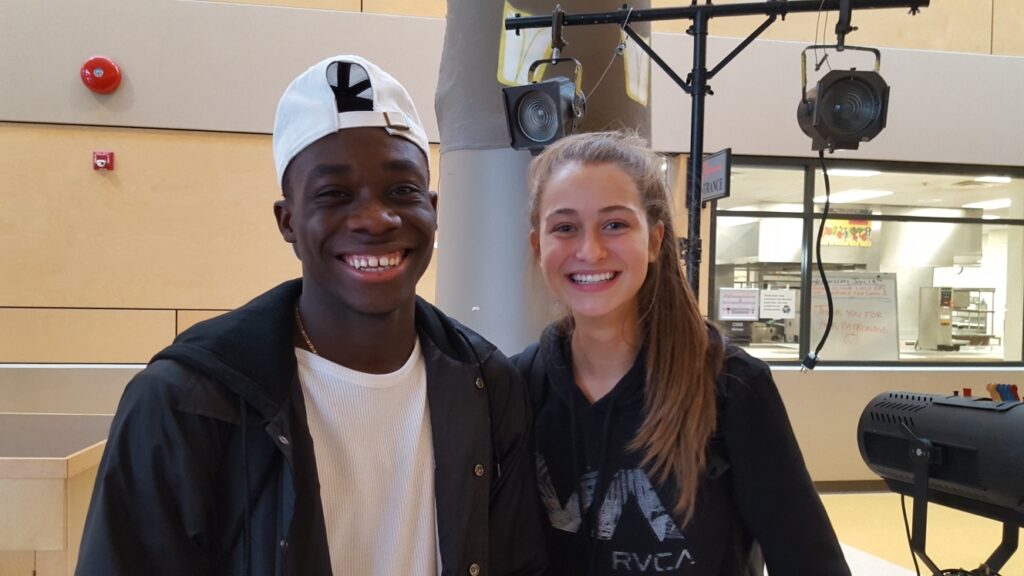 Jordyn Huitema is a professional football player and model. She is from Canada. Her middle name is Pamela, and she is called Pam by her friends. she was born on 8th May 2001. At the age of four, this young athlete began playing soccer. In addition to playing for Paris Saint-Germain, she is also a member of the Canadian national team. As of 2018 she has been affiliated with the Vancouver TSS FC Rovers but has also played for PSG’s women’s team.

In the history of the UEFA Women’s Champions League, she became the top Canadian scorer at the age of 16 when she scored her first national team goal. She has had great success with her soccer team, winning many tournaments with large scores. It was in the 2017 Algarve Cup final against Spain on March 8, 2017, that she made her national team debut. She was the third-youngest player to get a cap for the senior national team. It was announced on May 25, 2019, that she has been nominated to be part of the team for the 2019 FIFA Women’s World Cup. It also had been announced that she would be the potential heir to the Canadian legend Christine Sinclair. Alphonso and Jordyn have been together for the past three and a half years. It’s been a wonderful time for them to be together and successful.

The Davies family was relocated to Edmonton, Canada when Alphonso Davis was five years old. He has six siblings and he is the fourth-youngest one. During his junior high years, Davies attended St. Nicholas Catholic Junior High. Davies began to play soccer through Free Footie, an after-school soccer league for inner-city elementary school students in Edmonton. He began playing professional football at age 15, and debut on the national team after just one year. His citizenship status changed to Canadian in June 2017. Before that, he had been a Liberian.

Davies joined Whitecaps FC residency after playing for Edmonton Internationals and Edmonton Strikers, in 2015. The Whitecaps announced on July 15, 2016, that he would sign a contract until 2018. He played in the 2020 FIFA Club World Cup Final winning 1–0 against Tigres UANL in February 2021. Alphonso is now aiming to harness the power of sport to assist those fleeing for their lives and help build a better future for those who have been forced to flee by supporting UNHCR. He will have a competition in soccer in the upcoming season. Visit his Instagram account to learn more about him