FROM ITV DAYTIME THIS MORNING Weekdays on ITV Pictured: Dermot O’Leary and Alison Hammond (C) ITV Photographer: Ken McKay For further information please contact Peter Gray 0207 157 3046 peter.gray@itv.com This photograph is © ITV and can only be reproduced for editorial purposes directly in connection with the programme This Morning or ITV. Once made available by the ITV Picture Desk, this photograph can be reproduced once only up until the Transmission date and no reproduction fee will be charged. Any subsequent usage may incur a fee. This photograph must not be syndicated to any other publication or website, or permanently archived, without the express written permission of ITV Picture Desk. Full Terms and conditions are available on the website https://www.itv.com/presscentre/itvpictures/terms

Want to know who Is Alison Hammond Dating? Popular English television personality and actress Alison Hammond has worked as a television presenter on the popular ITV show This Morning. The television presenter has been a part of her fair share of shows. These include Strictly Come Dancing, Celebrity Masterchef and Big Brother. She often interviews several celebs while sharing a laugh or two with them. Fans love Alison’s unabashed nature on screen.

Alison Hammond has lent her voice in the hit animated movie series Hotel Transylvania 3. In 2020, ITV made a big announcement that came in the form of a shake-up of This Morning presenters, with Hammond replacing both Holmes and Ruth. The host is known for her jovial spirit that goes well with her sense of humor that keeps the show lively. There have been enough speculations about the television presenter’s personal life. Let us take a look at all the details and lesser-known facts about Who Is Alison Hammond Dating.

Who Is Alison Hammond Dating: Here’s What We Know About It

The television presenter is notoriously private about her private life. However, her personal life has been a tumultuous one. She shares her teenage son Aiden with Manchester cab driver Noureddine Boufaied. The television host got to know about her pregnancy shortly after appearing on the third series of Big Brother. Not much is known about their relationship or any additional details about it. However, the popular television star has launched her brand new book You’ve Got To Laugh while admitting that she is currently working through her issues and is ready to find a partner. 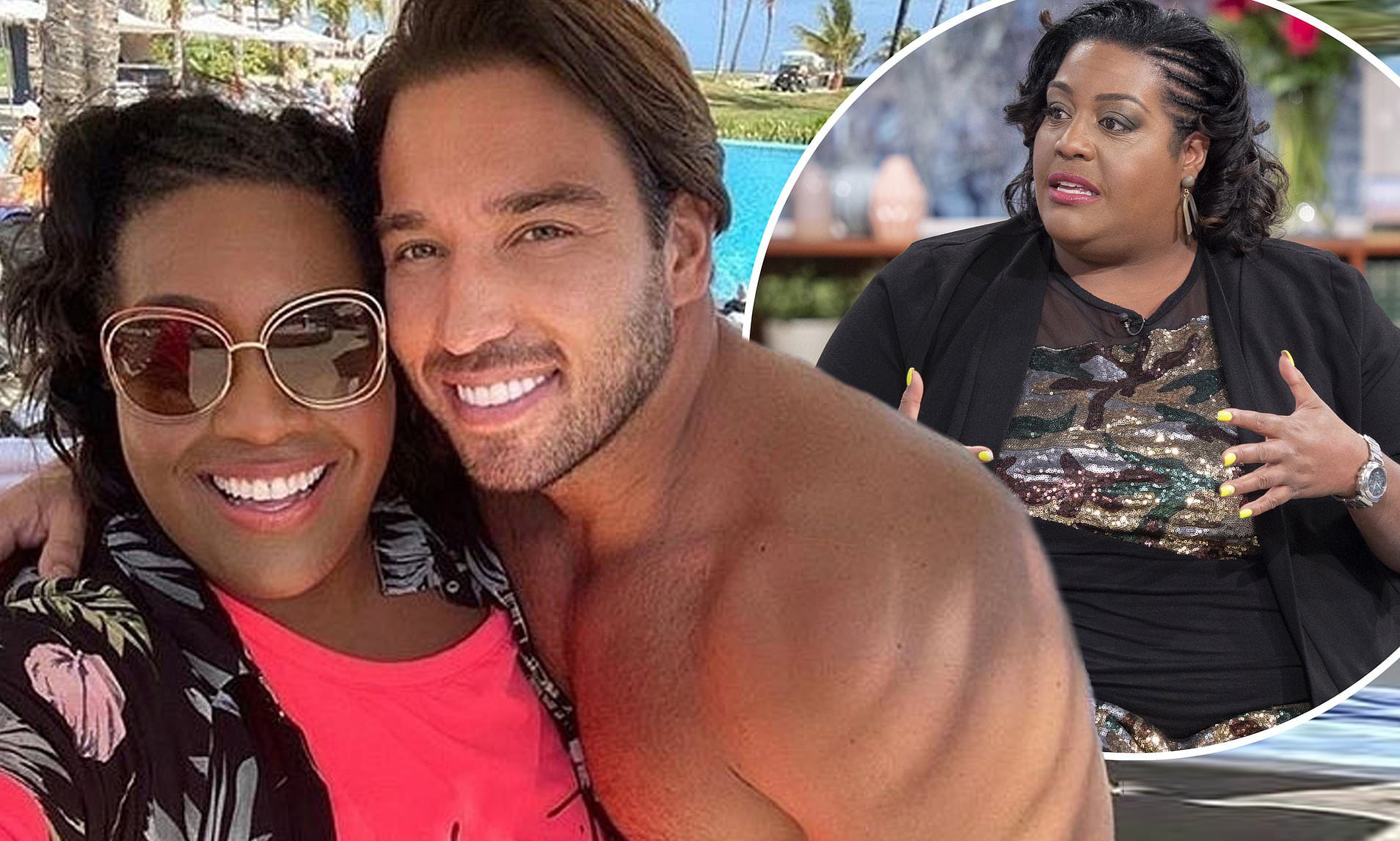 Alison seemed to grow closer to audio technician Ben Kusi during her time on Celebs Go Dating. Keeping her jovial side in mind, Alison made jokes about how she sees potential in this budding romance. However, it surely was not meant to be and fizzled without much buzz around. It was later rumored that the two were in touch. Alison was also rumored to be dating James Lock while she was on Celebs Go Dating. Not only that but she even went to London to meet him. Not to forget James called her that special lady! Given how the television host has a larger-than-life personality, James was smitten by all of it.

Believe it or not but the television presenter entered into a fake wedding with popular actor Dwayne Johnson! The two left beyond laughing as they participated in a hilarious fake ceremony on This Morning back in 2017! To.make it all the mode interesting, Dwayne Johnso’s Jumanji co-star Kevin Hart acted as the officiant! Take a look at this video clip as Alison Hammond works as an intern for a day!

thanks for a lovely day , you were so welcoming 💕💕 https://t.co/00zEGAsNuC

Alison Hammond continued the hilarious charade for a while as she jokes about how the actor dumped him later! She was pretty heartbroken when the Jumanji star got married to Lauren Hashian. This time for real! The host joked about how she didn’t understand why he would have done this to her! Alison was recently being a bit flirty with dating coach and love expert Paul Carrick. Fans thoroughly enjoyed the session, while many said that Alison has a small crush on Paul.

The ITV Television Presenter  Opens Up About Online Dating And More!

Alison Hammond is not holding back when it comes to opening up about the perks of online dating! The television presenter revealed that she met her last boyfriend via online dating. Not only that, but the celeb is quite convinced that dating apps or internet romances are the way forward. She also admitted that many refused to believe that she was on the dating app for real! Alison has a hard time convincing these people that the account is authentic! 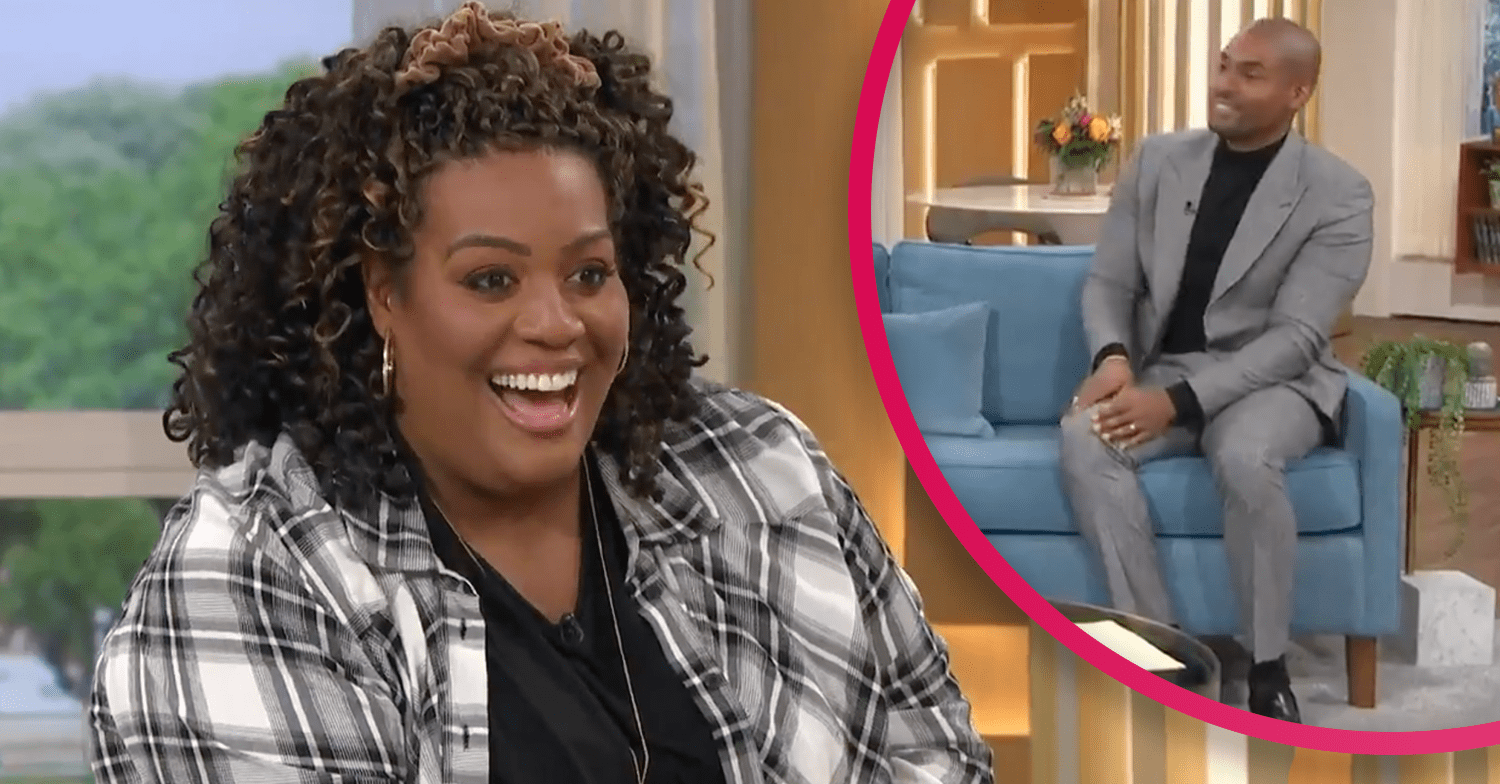 While Hammond did not take any names, viewers were assuming that whether she was talking about security guard Jamie Savage. The two also met through a dating website and later got engaged to him back in 2014. However, the two called it quits on the romance in 2017.

Also Read: Kal Penn Partner: Who is the Actor Dating in 2021?

Joker Ending Explained: What Happened To The DC Villain in the End?

House on Wheels 3 Episode 6: Release Date, Preview, and Where to Watch?

House on Wheels 3 Episode 6: Release Date, Preview, and Where to Watch?