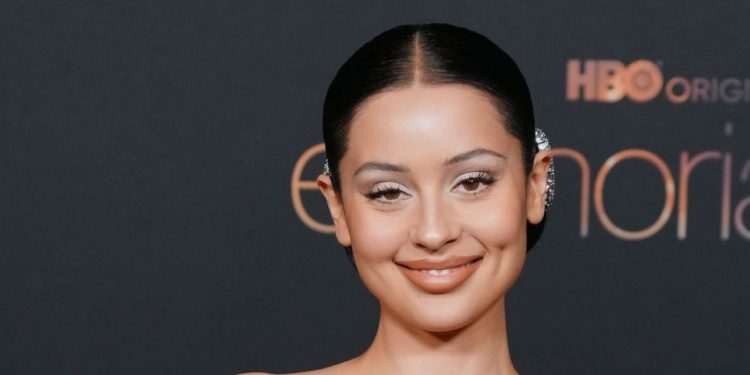 Alexa Demie is best known for portraying Maddy Perez in HBO’s blockbuster show “Euphoria.” Fans all over the world took to Twitter shortly after the first episode of Euphoria season two aired to express their feelings on Alexa Demie’s character, Maddy Perez. Despite her 4.5 million Instagram followers, the actress maintains a low profile and only has 22 posts on the social media platform. She’s also recognized for her bold costumes and stunning looks. Fans have been wondering about Alexa’s relationship status and who is Alexa Demie Dating? So, in this post, we’ve dug a little further and discovered everything there is to know about the actress’ partner. But first, let’s take a look at Alexa Demie in a nutshell. Keep reading to know more.

Alexa Demie is an actress, singer, songwriter, businesswoman, and social media celebrity from the United States. Alexa Demie was welcomed to the world in Los Angeles, California, on December 11, 1990. She will be 32 years old in 2022. Alexa Demie Wilson Vanerstrom is her birth name. Alexa Vanerstrom is the daughter of Mexican make-up artists Rose Mendez and Scott Wilson Vanerstrom. During her childhood, Alexa’s father was not around. Her grandfather, Dennis Wilson, was a co-founder of the Beach Boys. She grew up in Atwater Village as well. Despite the fact that his father was not around, she has an excellent relationship with him. She is an American national with a Caucasian ethnicity. Sagittarius is her zodiac sign.

Who Is Alexa Demie Dating?

The Los Angeles, California native, is currently in a long-term relationship with her singer-songwriter boyfriend, Christian Berishaj, popularly known as JMSN. Demie and her boyfriend have been dating for a long time. They’ve been together since early 2017, according to one of Demie’s now-deleted Instagram postings. However, it is unsubstantiated because the pair like to keep their personal lives private. They haven’t always been successful in hiding their closeness. Several images of the two enjoying a good time on a beach in Miami, Florida, were released by insiders on October 5, 2020. The photos were shot a day ago, on October 4, according to the outlet. Swimming in the blue ocean and running back to the coasts was a lot of fun for the two of them. In numerous instances, the actress wore a purple bikini and kept her hair open.

Berishaj, on the other hand, was dressed simply in black shorts and flaunted his tattooed chest. Despite the fact that the news announcement acknowledged their relationship, it made the couple’s trips extremely private. They also erased all of the images of each other that they had shared on social media. There seem to be no other instances of the two being spotted in public after then. As a result, some people may have assumed that they had broken up. Thankfully, this isn’t the case; they’re still together. Demie and Berishaj are still friends on Instagram. Apart from that, the actress is one of the only two people that the singer follows on Instagram. The couple has maintained their relationship while keeping things hidden from the public eye. Only time will tell if they will reveal their relationship in public.

Demie’s partner is a singer-songwriter, as previously stated. Through his work as a record producer and multi-instrumentalist, the Albanian-American has gained a lot of recognition. His debut album, Priscilla, was released in 2012, and he hasn’t looked back since. After his debut album, he went on to record five more albums, three EPs, a number of songs, and music videos. Berishaj was born in Dallas, Texas, but grew up in Eastpointe, Michigan. His parents were Albanian immigrants. His precise age is currently unknown; however, reports say he is 33 years old.

Alexa is a gorgeous young lady with a lot of charm and charisma. Likewise, she stands at 5 feet 4 inches tall and weighs 48 kg. Alexa’s eyes are dark brown, and her hair is black. She is also appreciated for her curvy figure. She had minor appearances in ads, music videos, commercials, and modeling before pursuing a career in movies. Alexa starred in Azealia Banks and Pharrell’s music video “ATM Jam” in 2013.

Similarly, she made her acting debut as Sara in the short film ‘Miles,’ followed by another TV series, ‘Ray Donovan,’ in 2016. In 2019, she played Maddy Perez in the television series Euphoria. There’s no looking back after that, and she’s appeared in over ten films to date. Alexa also has her own apparel line called “Goddess.”