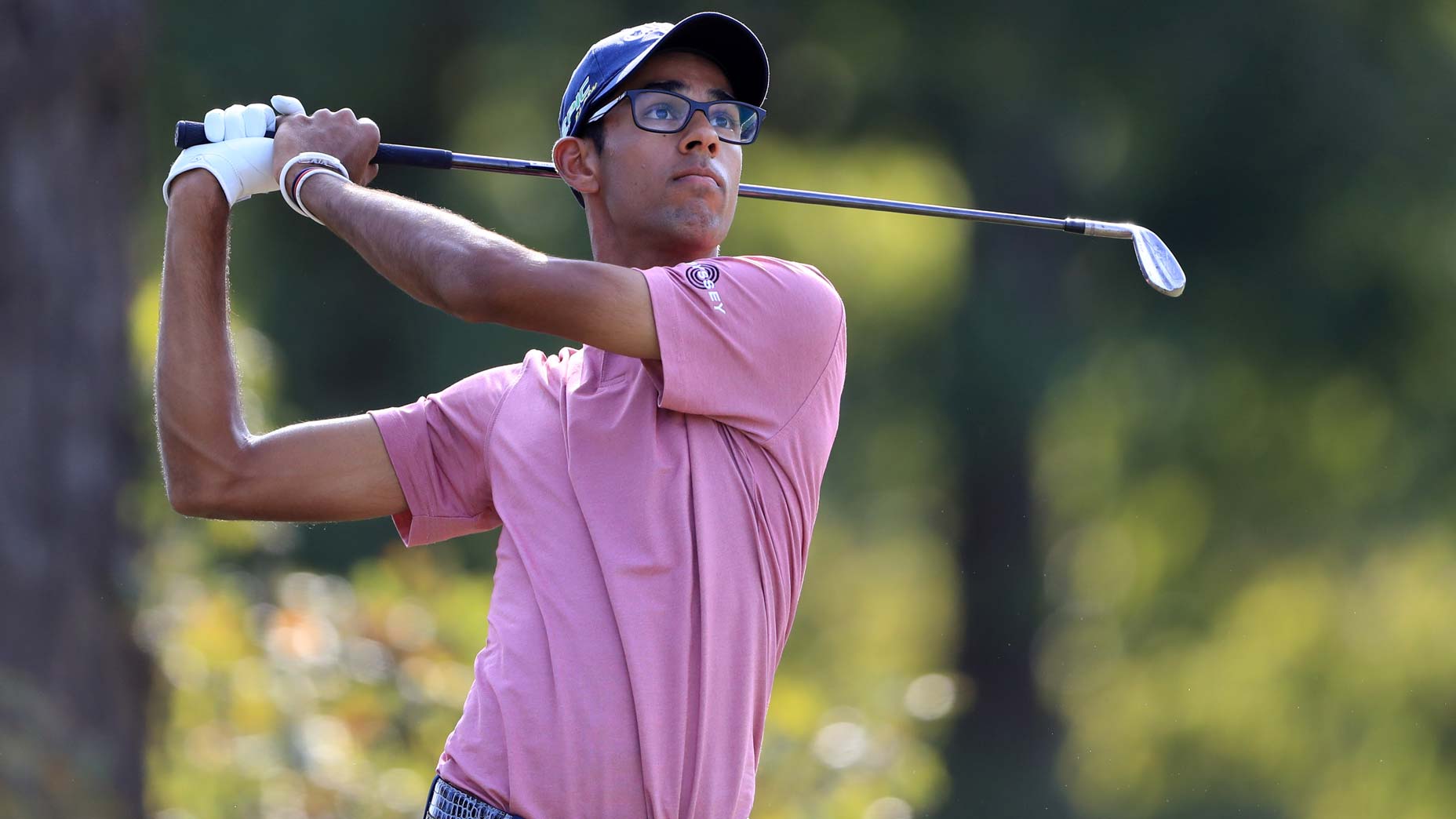 Akshay Bhatia is not only in limelight for his recent win in the Korn Ferry Tour as the third-youngest golfer but also coming to the tour with his girlfriend. So, who is Akshay Bhatia’s girlfriend? Bhatia’s recent victory took the world of sports by world just by becoming a pro at 17 and creating a name for himself at nineteen years of age. But, he also had the support of his girlfriend as a member of his team that helped him in his recent win in his first tour. It has not been long since the professional golfer came into a relationship.

Bhatia is not only a good player but also confident at such a young age, considering how he took the initiative for getting to know her at first. Interestingly, his girlfriend does not know much about sports despite her being a member of his team. He also praised her for her hard work in public. Meanwhile, his girlfriend loves him very much, as evident from her social media posts. Now, his first win while his girlfriend supporting him is capturing the hearts of everyone. The golfer also got a partner for sharing his love and work life.

Who is Akshay Bhatia’s Girlfriend?

Akshay Bhatia’s girlfriend is Presleigh Schult, who is a social media influencer boosting Tiktok followers of 76,000. Furthermore, the couple is quite the talk of the internet nowadays after she became his caddie on his recent Korn Ferry Tour. Bhatia also becomes the third teenage winner on the history of the tour for his incredible achievements. It was quite a victory for him wherein his girlfriend helped him despite not knowing anything about golf. It has not been so long that Akshay met his partner and started dating her. Their story will definitely give some romantic vibes with him setting a meet with her online and falling for each other. Later on, she helped him in winning his first official professional event by becoming his partner. 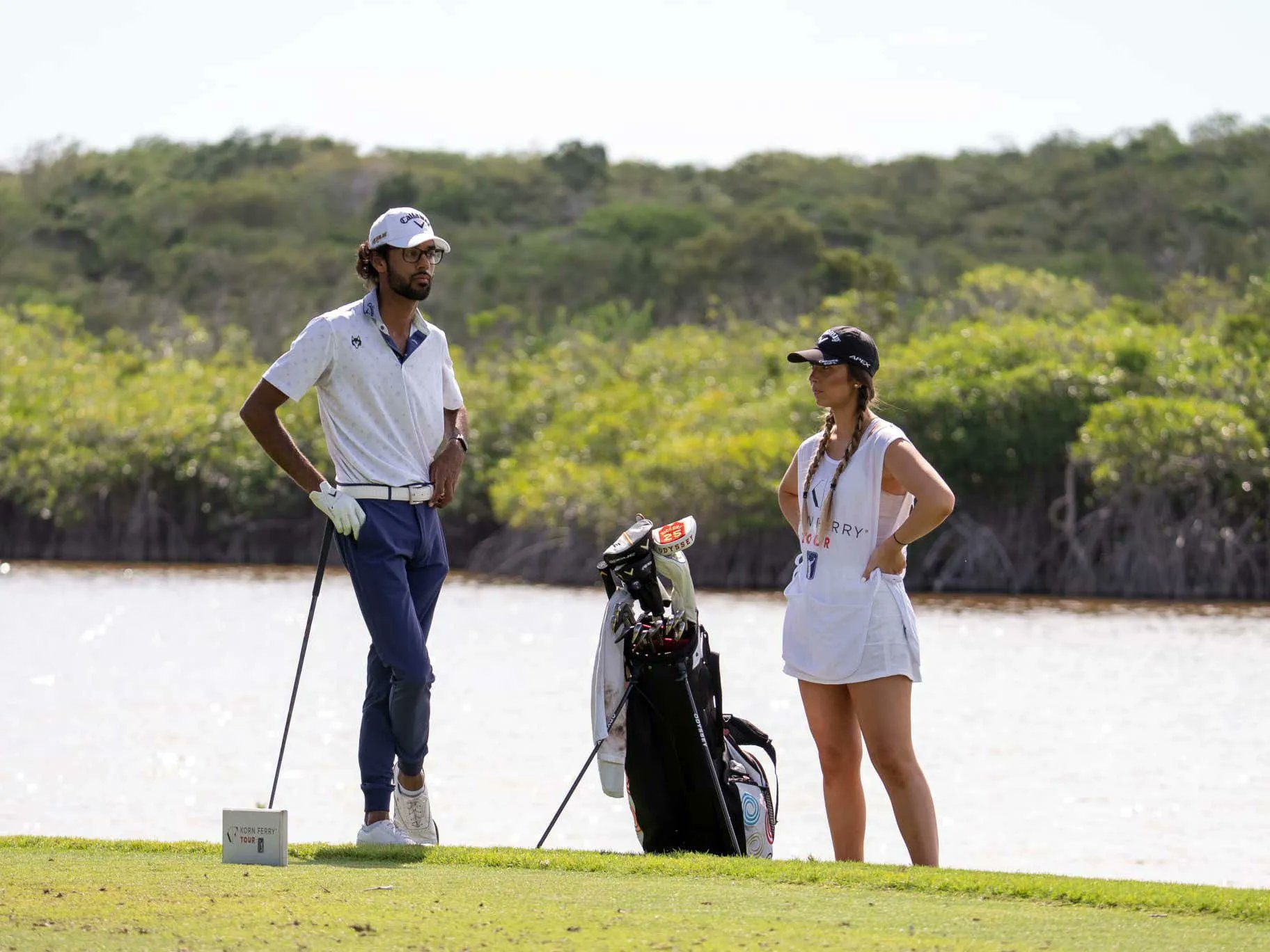 It is not uncommon nowadays to notice someone on social media platforms and begin liking them. Such is the case for Akshay Bhatia and his girlfriend, who met each other on Instagram. However, it was Bhatia that took the initiative for getting to know her by direct messaging her blindly on Instagram last year. Akshay said to a producer of Korn Ferry Tour that he asked to meet her. He also mentioned how his girlfriend had never watched golf. She did not know what was going on despite her little brother playing the sports a bit. His girlfriend agreed to meet him, and that is how they met each other before his play in the Valero Texas Open. Now, she is caddying in his first Korn Ferry event as a member, and it is very awesome.

Akshay Bhatia indeed found the right person with whom he could not only win but also gets support. It was the first official game, and won it right away with his girlfriend cum caddie support. The pair also looked quite great as a player and caddie, as seen in the past week in the game. Bhatia spoke about how he said to his girlfriend that it is his time for winning. Furthermore, he also praised her and said that it is not easy carrying the bag for 72 holes, especially if there are some unexpected events or rain. Also he does not know what he is going to say to his caddie as the thing is working right now. 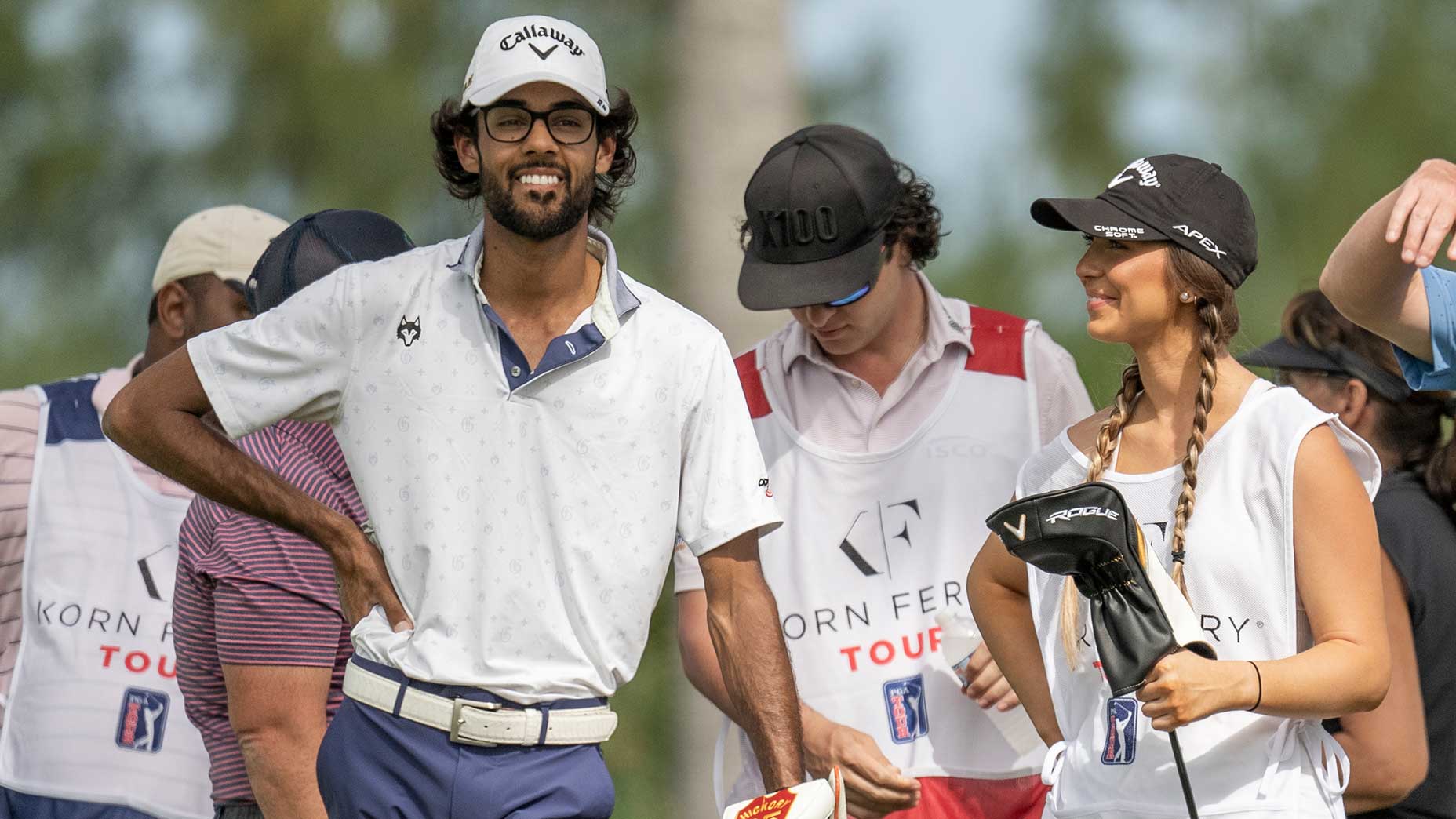 Akshay Bhatia with his girlfriend as caddie

Bhatia’s Girlfriend Does Not Know about Golf

Bhatia’s partner, Presleigh, said to a video crew of the tour that she did not know anything about golf, and she is caddying for him now. Her Instagram account contains lovable photos of her and the young golfer. Presleigh also shared a photo of her while holding the trophy of Korn Ferry and caption the same as mentioning about the week and being proud of her boyfriend for his first win. It is also a cool feeling for her to be by his side with him this week.

Also Read: Who is Ulrika Johnsson from Celebs Go Dating?