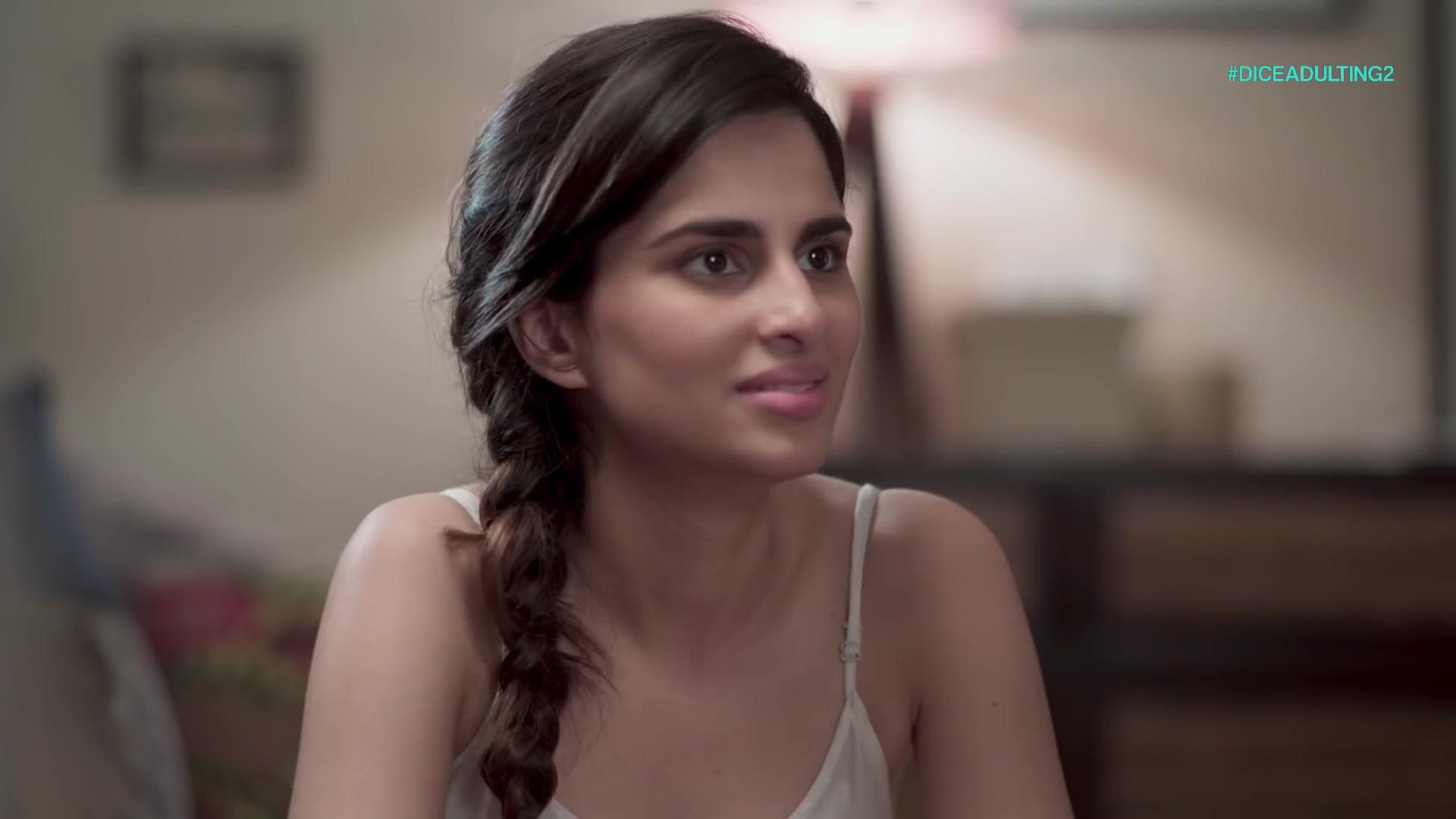 Within a few years, Aisha Ahmed has stirred the hearts of the Indian audience with her charisma and talents. She is often known as the best actress with the longest impression from Dice Media. Dice Media is a rising content platform that gives an opportunity to young, dedicated actors to show their acting skills, and it treats their audience with funny and relatable youth content.

Dice media is currently considered as India’s number 1 long-form content creator in the Young Adult space, and their official YouTube channel has nearly 5 million subscribers. Aisha is definitely one of the familiar and popular youth icons, with a total of 786k followers and 443 posts on Instagram. She actively posts and lets her fans know about her daily life. 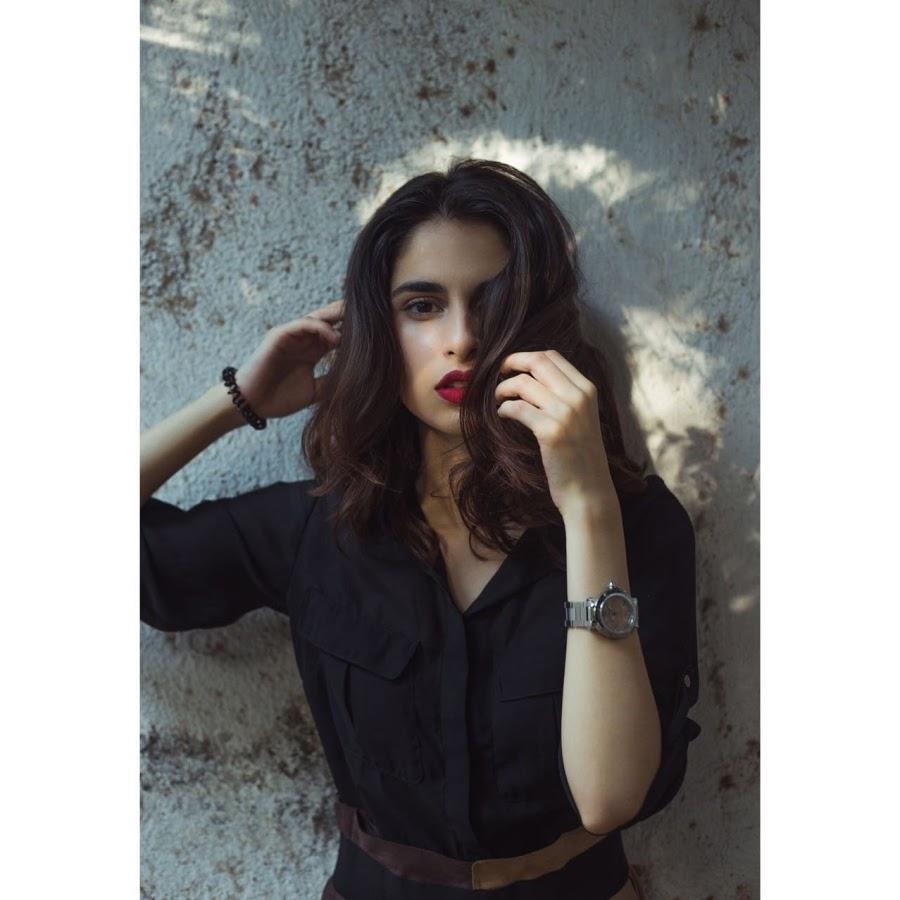 Among all other Dice Media appearances, the model and actress made a different place in the audience’s heart by her dazzling acting and once again proves her skills in a beautiful way in Adulting, a web series presented by Dice Media. Dice Media is one out of the three branches in Pocket Aces, and the other two being FilterCopy and Gobble. It was founded by Anirudh Pandita, Aditi Shrivastava, and Ashwin Suresh in 2016. Aisha Ahmed has also worked in movies and made her first debut in Bollywood in Tum Bin 2, released in 2016, followed by other movies. She commonly appears in web series and is also a voice-over artist.

All About Aisha Ahmed, And Her Career, And Parents 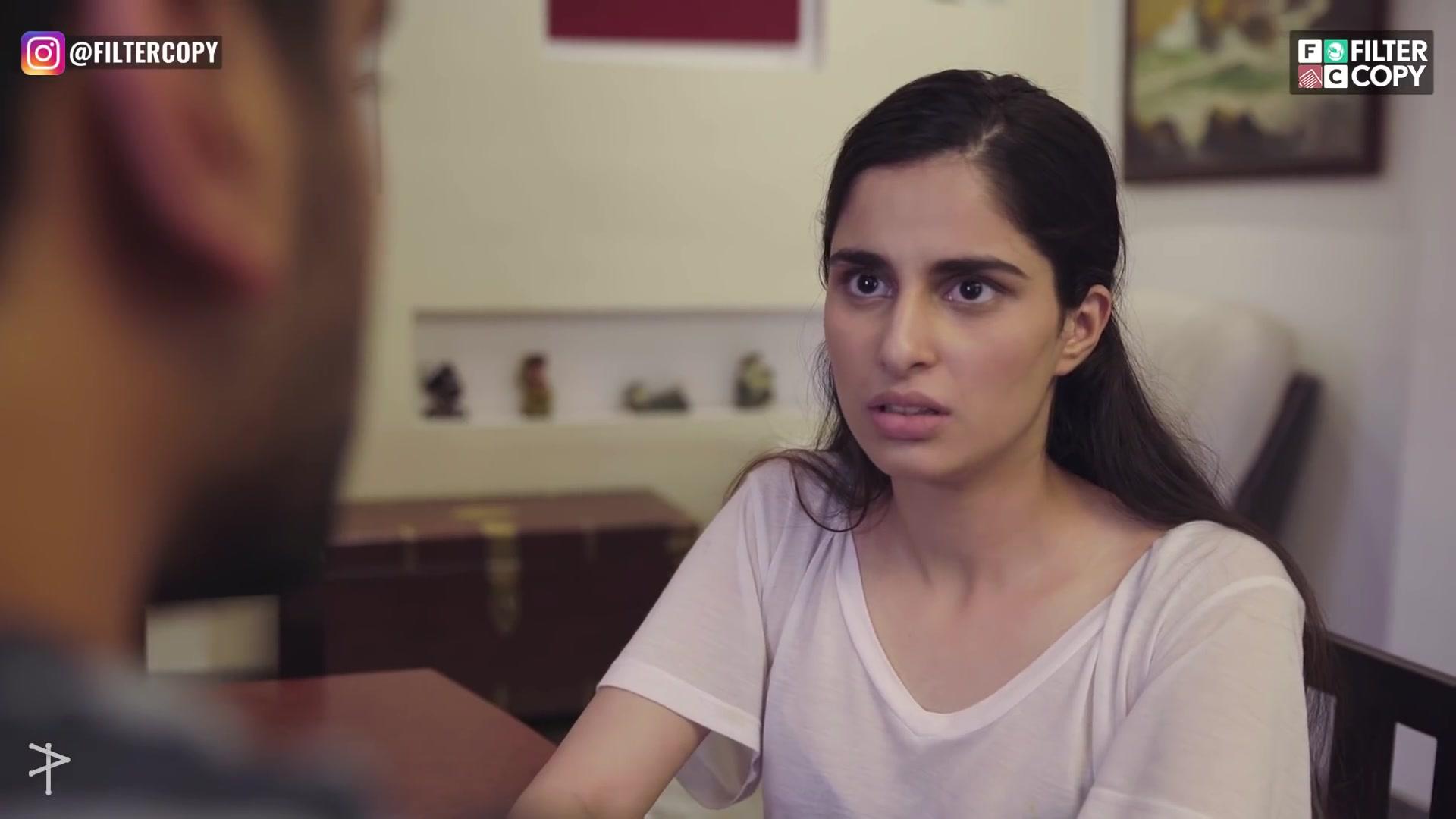 Aisha Ahmed was born on 8 May 1996, in Mumbai, Maharashtra, India, and continues to live there. Aisha completed her school studies at Barnes School and Junior College in Deolali, Maharashtra, India, and attended her college in Mithibai College, located in Mumbai, India. The fact that is unknown to many of the Indian audience is she is the daughter of two influential people from the film industry.

Aisha’s mother is a beautiful Indian television and movie actress who has worked in over ten movies. Her popular costars include Aditya Pancholi, Rishi Kapoor, Randeep Hooda, and Kay Kay Menon, who are on the list of popular names in Bollywood. Aisha’s biological father is Asad Ahmed, and her stepfather is Faruk Kabir after her mother remarried. Faruk Kabir is a popular filmmaker in India and also made his acting debut in the movie “Allah key Bandey”. 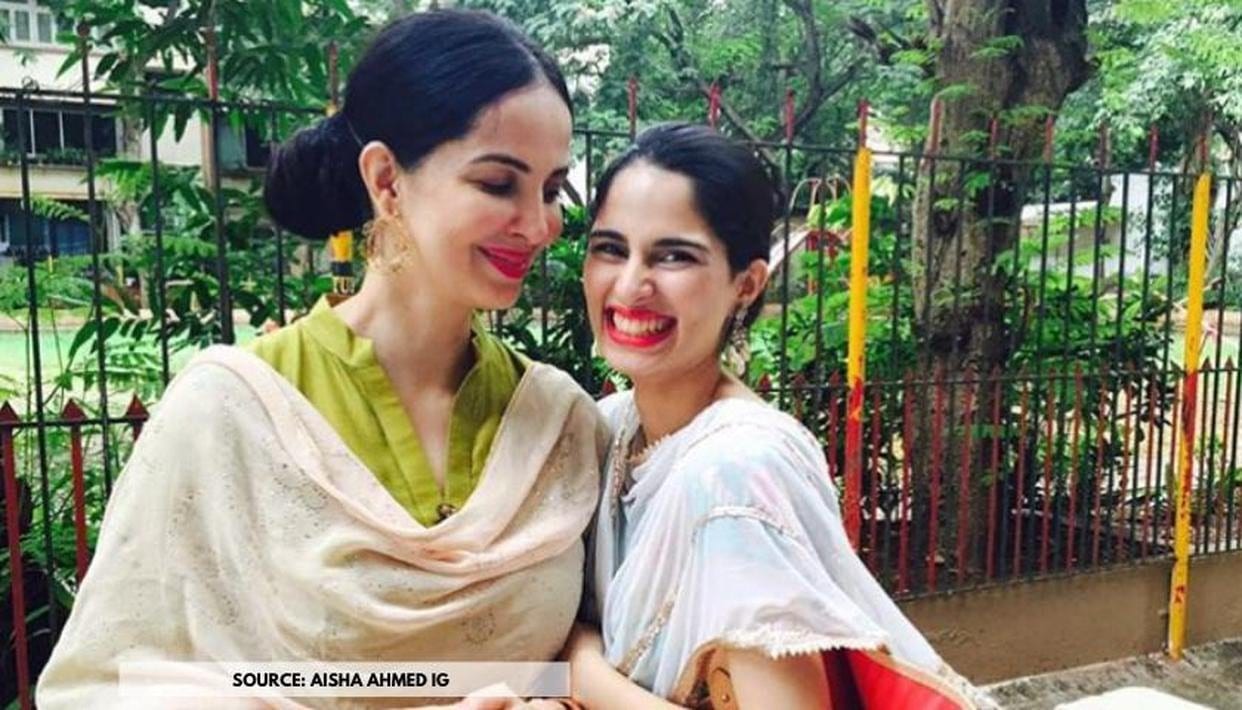 Aisha Ahmed with her mother, Rukhsar

Despite being a star kid and having a strong Bollywood connection, Aisha Ahmed started her career from the initial stage and has built up her own name and fan base solely based on her skills. After her first debut in Tum Bin 2, she appeared in other Bollywood movies like ‘Rubaroo’ in 2016 and ‘3 Storeys’ in 2018, which received praise from the audience, Chhaju Ke Dahi Bhalle, Raid, and Medium. She also played a recurring role in a Star Plus show, Kahaan Hum Kahaan Tum. Aisha gained major popularity from her cute, funny, and goofy characters in FilterCopy and Dice Media.

Aisha Ahmed, in reality, is a cute, goofy, independent, strong woman with a great sense of humor. It seems that talent and beauty run in her genes as her mother, even at 45 years, looks stunning and going strong in her choice of characters. Most of the Rukhsar characters depict strong and women empowering. Aisha too, has a great choice and variety of characters where her consistency as an actor gets the limelight. Her genuine nature gets highlighted in her interviews and her Instagram posts, where she posts adorable pictures of her, including her modeling pictures. Another mentionable thing about her is, she is a crazy dog lover which is clear from her social media posts. 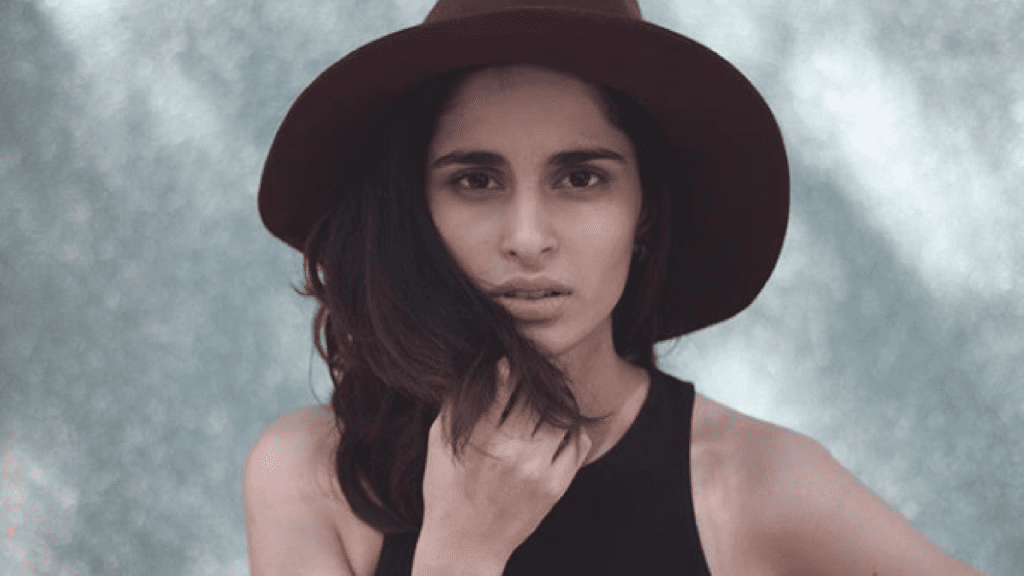 Aisha is also friends with other famous Indian creators and actors including Rohit Saraf, Rohan Shah, Yashaswini Dayama, her Adulting co-star, Ayush Mehra, she starred in many FilterCopy videos with him, Barkha Singh, a very popular digital platform actor and influencer, Viraj Ghelani and Aniruddha Banerjee, her other co-stars.

Who Is Aisha Ahmed Dating? 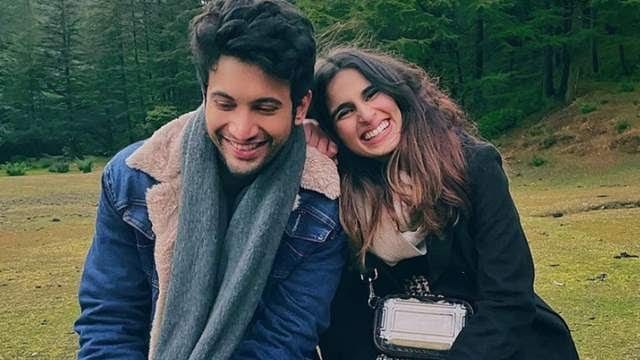 The 25-year actress is quite close to Rohit Saraf and Rohan Shah, and the trio has often seen hanging out with each other, going on trips to pulling each other’s leg on social media. Rohit Saraf is a popular rising Indian actor who starred in movies like Sky is Pink, Ludo, Hichki, Dear Zindagi, Mismatched, and his co-stars include Priyanka Chopra Rani Mukherjee, Alia Bhatt, Prajakta Kohli, Abhishek Bachchan, Aditya Roy Kapoor, and many others. Rohit is also referred to as the national crush.

Rohan Shah is also a famous television actor who started his career at a young age and has starred in a few famous works. Seeing their interaction on social media, Aisha is linked with both of her close friends. In an interview, she told Rohan is like her brother, and both of them like to make fun of each other. Rohit Saraf has been linked to a few of his friends, and Aisha is one of them. The actor revealed in an interview they are just good friends and are not dating.

So technically, Aisha Ahmed is single and not dating anyone.