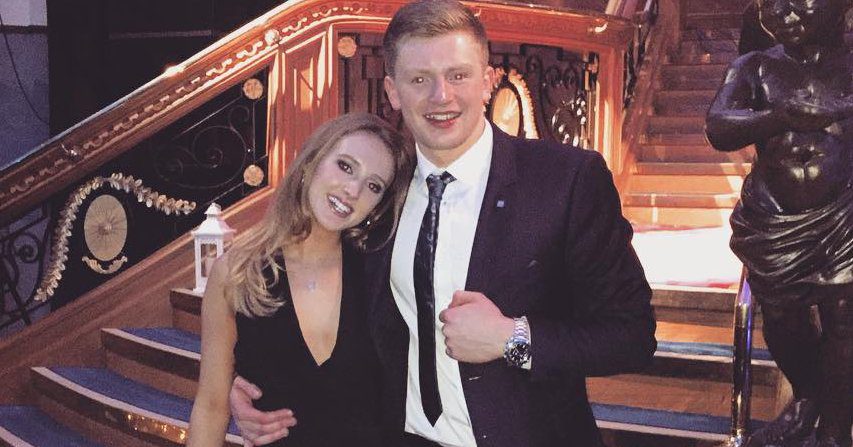 Adam Peaty and His Girlfriend

In today’s article, we would be discussing the swimming world champ Adam Peaty’s personal life. Adam is a world record holder in Rio and Olympic games and his latest achievement is winning the gold medal in Tokyo Olympics 2020. He needs no further mention as to why his love life needs major attention. He is the super charm athlete who has gained popularity in Europe. More to this his back-to-back swimming records make him globally acclaimed too. So he has attracted millions of fans having a curiosity about his love life which would be the demand of the hour.  That’s why we will also take his fans on his personal journey for his special one.

Yes, Adam Peaty has a girlfriend named Erianned Eiri Munro and the couple first met at the University of Loughborough. It is known that Eiri was graduated from this University with a degree in Fine art. She was being speculated for a long time back then and we are finally here with the confirmation that she is the only love partner of Adam. So let’s get into the personal detail step by step.

Adam Peaty’s Relationship With His Girlfriend

Eirianedd Munro is Peaty’s 23-year-old girlfriend and the couple was in a live-in relationship and they share the Loughborough home together. In the meanwhile, she was about to complete her graduation as of 20th July. Although Adam had his Tokyo Olympics and couldn’t attend the University Ceremony. He expressed his delight on her Instagram by commenting “So proud”. Munro also showed the mark of her love and answered publically to the post. She happily cheered for the journey ahead together irrespective of the odds. This clearly showed their strong commitment towards each other. Erianned Munro works as an aspiring artist and her work gets a lot of appreciation on social media. She is having not less than 1390 followers. 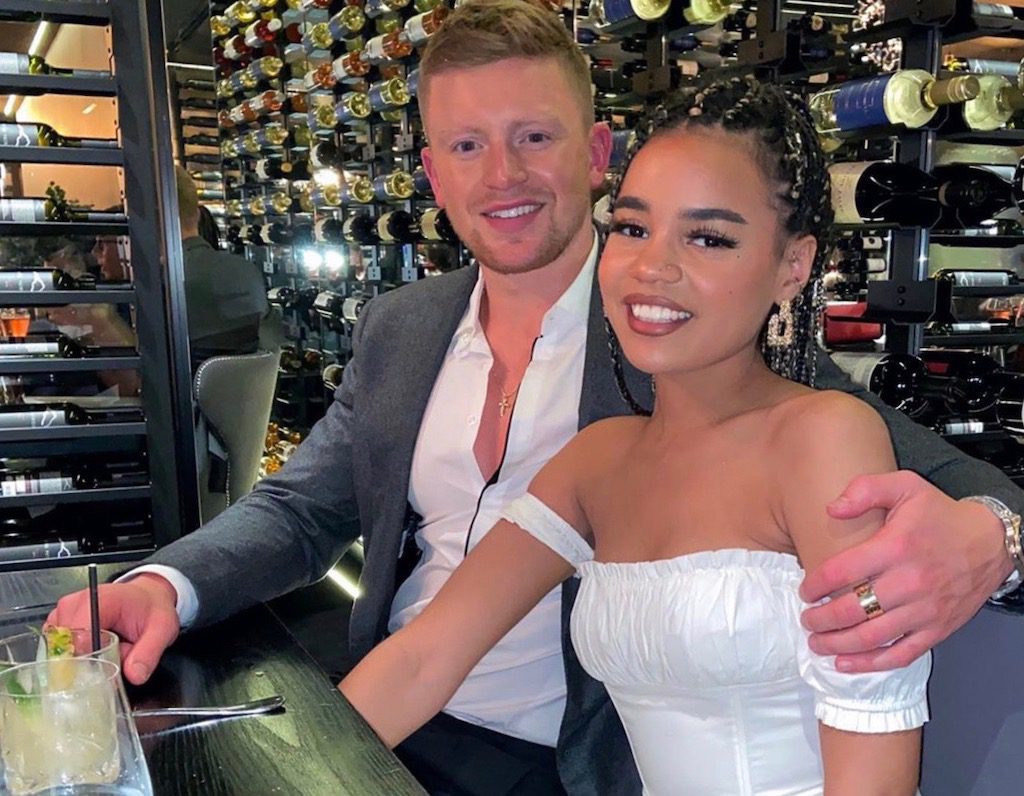 Adam Peaty And Munro As A Family

Adam Peaty and his girlfriend Erianned Munro had previously planned for a baby at the beginning of the last year. In April the news of her pregnancy was shared by both of them and their fans eagerly awaited the couple’s joy of celebration. The moment of the celebration was at its peak when they finally welcomed their baby boy in September though they already confirmed earlier that it would be a son. They also tried giving the best Olympic names for their son. He tweeted about this by sharing pictures of their newly arrived son and expressed his love for his girlfriend and son.

Having dated and lived together for years the moment of the family came following the epic win of Adam in the Tokyo Olympics. Erianned shared an elegant picture of holding their son looking at the historic win of Adam on TV. She couldn’t hold her happiness enough and kept posting the pictures of Adam in the Olympics with a note “what a wonderful feeling”. Adam gave credit for his victory to his family and supporters but most importantly to his relationship with having a son. He said he was inspired by being a father while going deep down for the Olympics. One could also see this in his tweet before heading to Tokyo Olympics where he expressed his love. Adam shared his son’s picture holding him and expressed his happiness. 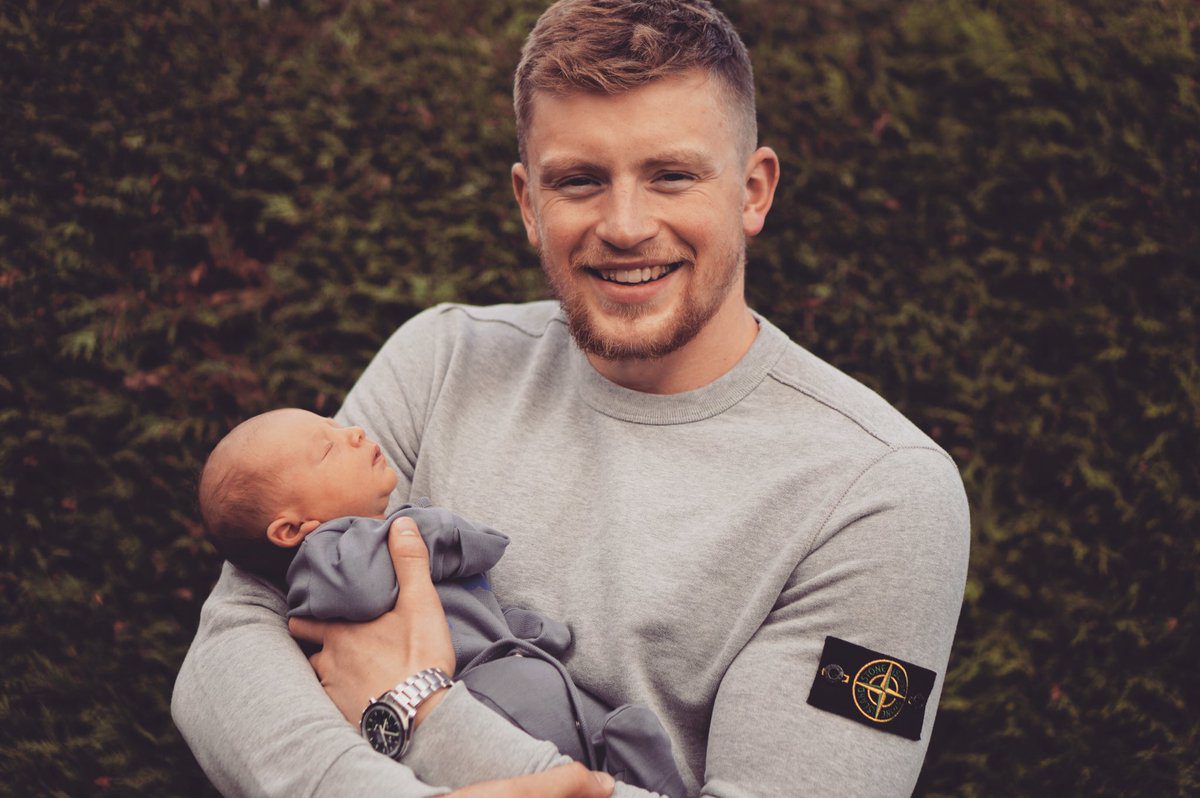 Adam Peaty and his Son

Before becoming a world champ in Tokyo Olympics 2020  and winning the gold medal for the same Adam Peaty has other endeavors too on his account. He received the gold medal in Rio and also earned the title of world champion eight times. A major turn came when he created history for winning commonwealth games three times. With the Tokyo Olympic Games, adam’s champion skills paved his way forward to get through to defend his Olympic title. The viewers and fans became all the more eager to have a grasp on the swimmer’s next professional outcomes. So it’s yet to be seen how the world champ makes a way to proceed professionally further. Above all, on part of viewers, this influence of impressive victory seen over the years is what many fans might get curious for. Hope the swimmer would make up to the expectations. So this was all about Adam Peaty and his girlfriend. For more such updates keep visiting this page.

Also read: Who is Miranda Kerr Dating? A Look into the Australian Supermodel Private Life