Who Is Actor Go Se Won? The Identity Of ‘Actor K’ In The New Controversy Revealed 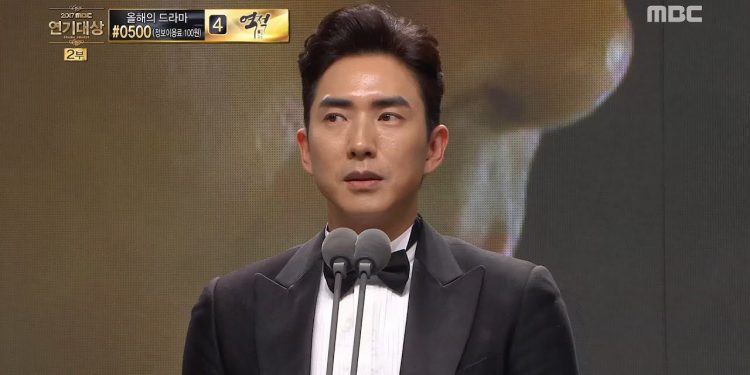 Another ‘Actor K’ made headlines this morning. As on November 23, a woman called out her ex-boyfriend on the internet for abusive behavior. Calling the ‘Actor K’ the ‘Crown Prince of Housewives’ on November 26, she revealed that the actor is Go Se Won. And after taking his time, actor Go Se Won accepted that he is the ‘Actor K’ on his social media account. Accusing the actor of abandoning her after getting her pregnant. The ex-girlfriend also went on to reveal how messy their breakup had been. From giving each other threats to everything coming out on the internet. Here is everything you need to know about the ongoing controversy regarding Go Se Won and his ex-girlfriend.

Reading the accusations, many netizens came out pointing that Go Se Won was married or if he had an affair with her. But the ex-girlfriend also revealed that the actor had gotten divorced in 2017. And that they dated only after she made sure he was single. Ever since they started dating and got physical, the actor refused to use contraceptives. If she raised concerns, Go Se Won would tell her that if she got pregnant, they would get married. And he will be the first one to make the public announcements. Along with the accusations, she also went on to post screenshots of her chats with him.

Updates On The SNS

In one of the screenshots, the former couple can be seen exchanging ‘i love you,’ and in the other one, the ex-girlfriend can be seen informing him about the miscarriage. As of now, the identity of the ex-girlfriend hasn’t been revealed yet. She has also taken down all the accusations she posted after revealing the name of the actor. But the screenshots of their chats are still there. Calling herself an ordinary woman, she revealed that she also texted him to confirm if he had deleted my nude picture. But according to her, the actor just went on to threaten her with a lawsuit and later went on to block her.

Also Read: Robin Baumgarten Boyfriend: Who is The News Anchor Dating In 2021?

The South Korean actor Go Se Won made his acting debut with musical theatre. But went on to act on television in 2007 and become one of the known actors in Korean Soap Operas. He is known for his role in the ‘Rude Miss Young Ae’ series and is currently acting in the ongoing k-drama ‘Fatal Promises.’ Acknowledging all the claims his former partner had made on the internet. Actor Go Se Won has accepted all of them and apologized for his inconsiderate actions. Taking responsibility, he has apologized for the negative concern he has caused. His agency, Hunus Entertainment, also released an apology letter with the actor’s personal apology.

Talking about the situation, he revealed that he got a divorce in 2017 but kept things secret as he and his former wife were trying to make things work in the family. But ultimately failed and moved on from each other. Later on, he met his now ex-girlfriend, who had accused him of bad treatment. The former couple met at the end of last year and dated for around three months. Sharing his ‘honest’ feelings, the actor apologized for all the discomfort people have faced because of him.

Netizen On The Controversy

After the similar recent controversy surrounding the actor Kim Seon Ho, netizens are calling out both people in the relationship. While there are people calling out Go Se Won for threatening his ex-girlfriend not deleting her nudes. Calling out the ex-girlfriend for milking the ‘scandal’ for extra cash and even a ‘celebrity hunter.’ Many fans have called out the ex-girlfriend for her exposing the actor and their personal matter like this. Many netizens suspect that there is more to the relationship and controversy from what is revealed. As the discussions have been going on the internet nonstop, a fan said that this girl might actually not be as lucky as Kim Seon Ho’s ex, who got out scot-free without being sued.