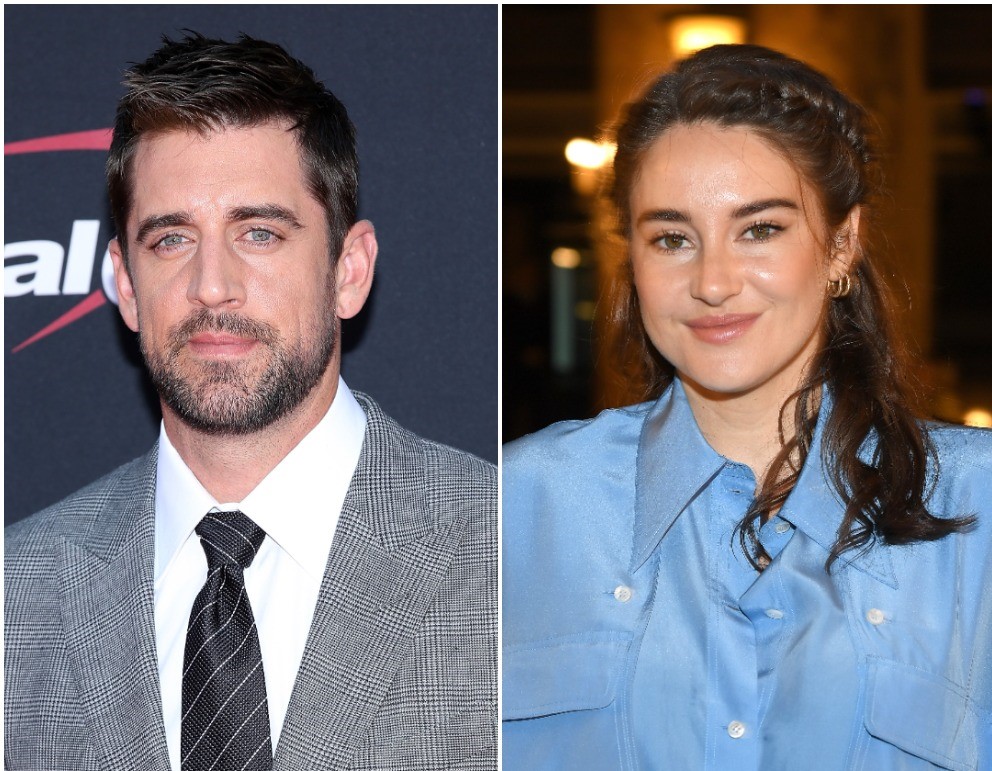 Aaron Rodgers is one of the world’s most famous athletes. He is an American football quarterback who played for the Green Bay Packers of the National Football League (NFL). He had set a lot of passing records, including the lowest single-season and career interception rates while he played college football for the California Golden Bears. He was selected by the Packers in 2005 in the first round of the NFL Draft.

Aaron Charles Rodgers was born on 2 December 1983 in Chico, California. His father, Edward Wesley Rodgers, played football as an offensive lineman for the Chico State Wildcats from 1973 to 1976. One day, Edward Rodgers tossed a football with his sons, Aaron, Luke, and Jordan, and asked them to dedicate themselves to sports the way he did, instead of partying and drinking in college like others. This was one of the biggest motivations for Aaron, as he took it very seriously and worked hard to be the excellent player he is today. Even at the age of ten, his picture got featured on the front page of a Ukiah Daily Journal for his top performance in a local basketball competition. He continued playing basketball in his middle school as a center field and pitcher.

His Career as an Athlete and His Achievements

In high school, he was able to set a lot of records till then. He gathered 4,421 passing yards and setting records of six touchdowns and 440 all-purpose yards in a single game record. In 2001, Rodgers had set a single-season school record of 2,466 total yards. 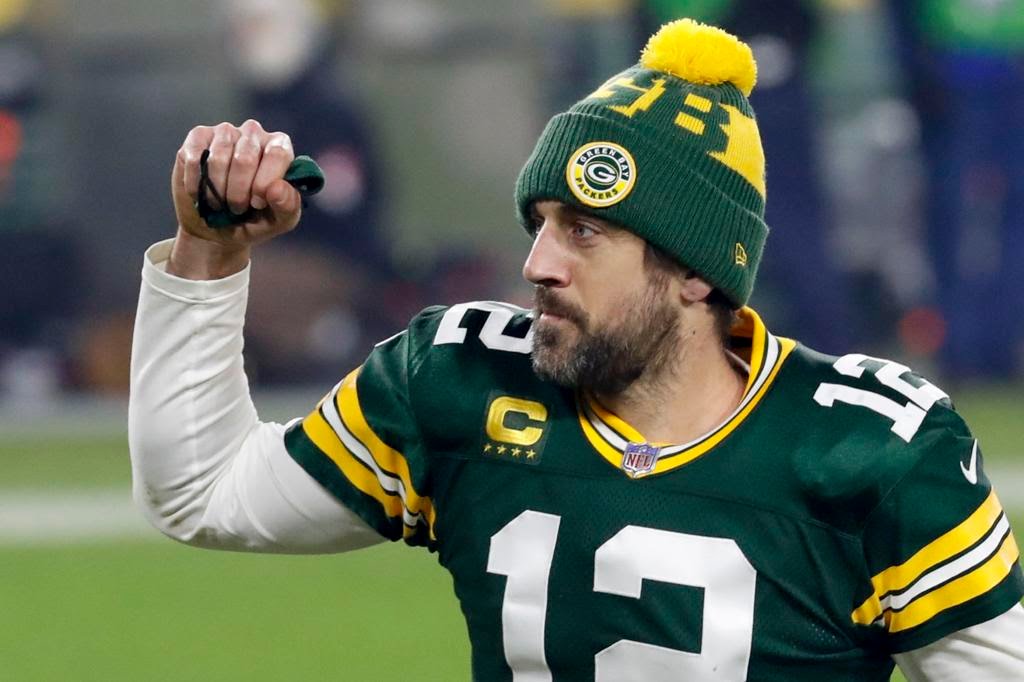 He once thought of leaving football for his law school but then changed his decision. In his first year of college, he threw 26 touchdowns, leading his college to a 10–1 record. In the NorCal Conference championship, he ranked no. 2 at the national level. Seeing his potential, his coach transferred him to the University of California, Berkeley, where he received a scholarship.

In 2003, Rodgers received game MVP in the Insight Bowl against Virginia Tech, passed for 394 yards. His team, Golden Bears, won in triple overtime by 34–31. He set a few records in his school for 300-yard games with five and also scored the lowest percentage of passes intercepted at 1.43%.

His professional career started in 2005, and in his first NFL game, he got two out of seven passes and also got sacked twice. His performance wasn’t great in his first year. His first victory was against the New Orleans Saints, where his team scored 52–3 to fullback Vonta Leach for 0 yards.

2006 was not his year as he injured his left foot while playing against the New England Patriots. In 2007 he got fully recovered and was ready for his comeback, and he also reviewed all the past matches. In 2008, he was able to make a perfect comeback and didn’t look back since. In 2020, he received his third MVP. He scored 32-of-44 for 364 passing yards and four passing touchdowns in the 43–34 victory over the Minnesota Vikings in his first week.

Who Is Aaron Rodgers Dating? 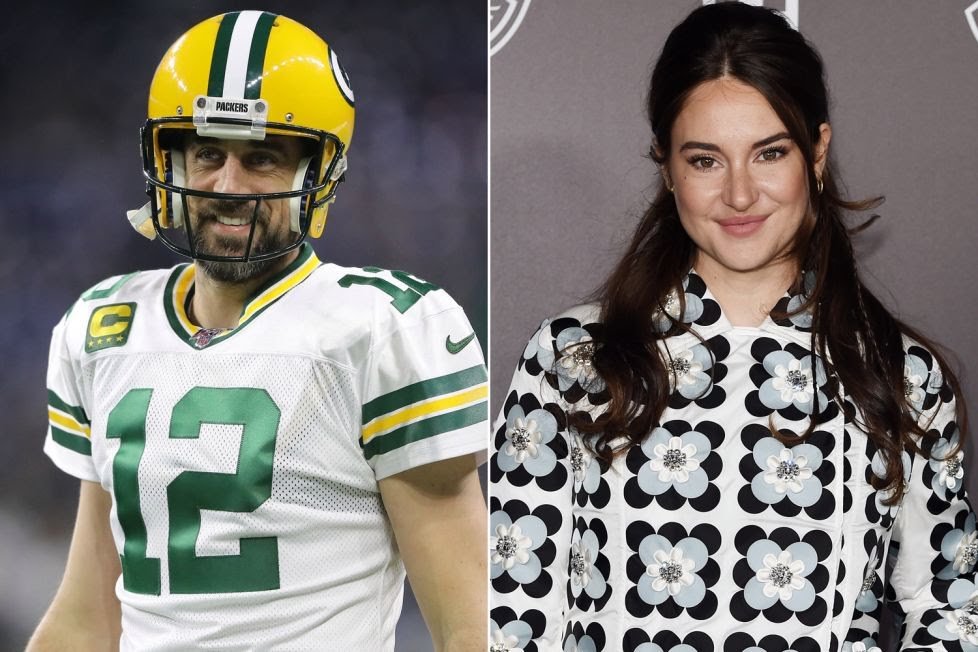 Aaron Rodgers shocked his fans and created a whole buzz on social media when he revealed that he was engaged when he was giving his acceptance speech after winning the NFL MVP award. He had dating rumors with an American actress, Shailene Woodley. And his fans took it as a confirmation of their relationship. Fans believe that they met during a celebrity golf tournament in Lake Tahoe and became friends after Danica Patrick, his ex-girlfriend introduced them.

Aaron previously dated IndyCar driver Danica Patrick for two years. Then, they decided to split up without stating any exact reason to the media. Both of them had indirectly called out each other after the break up in social media and interviews.

Aaron and Shailene had dating rumors before, but people seemed to forget about it, as they got no new update over the years. After his engagement confession, fans understood that they kept their relationship secret. 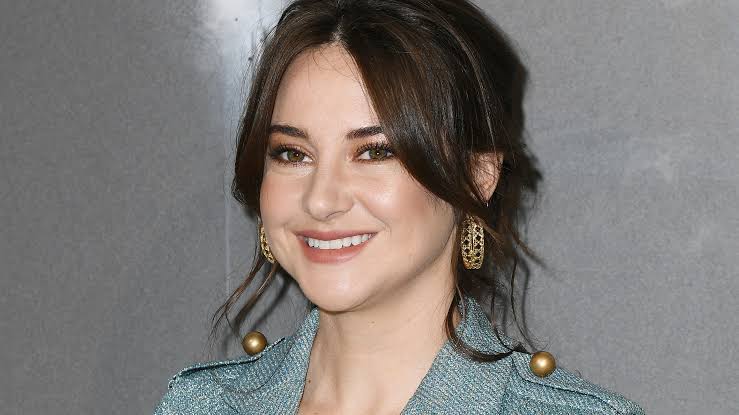 Shailene Woodley is an actress, producer, and activist. She was a child model, as she started modeling at the age of four. She played minor roles in television. She got popular after she starred in the drama series, The Secret Life of the American Teenager as Amy Juergens from 2008 to 2013. She also starred in the film, The Descendants in 2011. She was also seen in other movies.

How is their Dating Life going on

After the engagement news broke, they started posting each other’s pictures on social media. They were also spotted by the paparazzi after they came from a vacation in Mexico. Their fans are gushing over their PDA and their sweet chemistry.