Who Does Sofia End Up in Control Z? 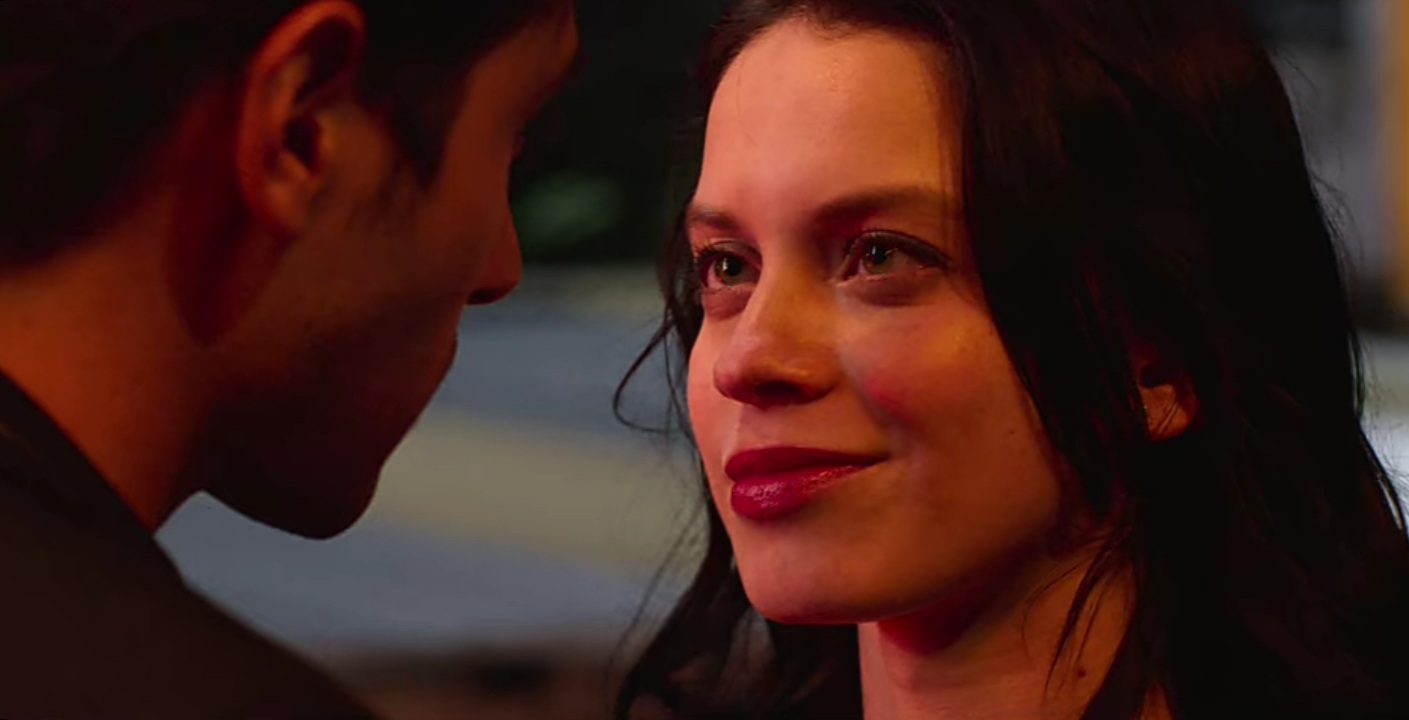 Sofia with her boyfriend.

Who does Sofia end up in Control Z? Popular drama series Control Z has a love triangle. But it is still unclear who ended up with whom? Sofia is a character in the series Contol Z who is in love with someone? The series is so popular and has a huge fan base. It is a type of teen drama. And no doubt it’s a Spanish drama. But people are crazy to know what happened to the love triangle of the series. But every time a question arises, at the end of season 2, what happened to the so-called love triangle. In this article, we will cover everything about Control Z and its characters.

Everyone is aware that Control Z is a Spanish drama that is available on Netflix. It is a teen drama that is most loved by teenagers. It was aired on May 22, 2020. Control Z has a total season of 2 with 8 episodes. This series has been loved by every corner of the world. Series has got 6.9 out of 10 by IMDb and 67% by Rotten Tomatoes. Every teenager can relate to this series because it is so natural. In this series, a hacker starts to release other students’ secrets in front of the whole school. In this case, Sofia, a character who works to expose the hacker and to find his/her identity. The whole series is about this.

Season 2 love triangle is Sofia, Michael, and Raul. After listening to these beautiful characters name a question always come who does Sofia end up? Season 2 is all about juggling with this love triangle. In season 1, Sofia was busy finding the culprit who use to release every student’s information in front of the high school. Sofia is kind of mind of social distance. But still, she investigated the hacker. During Raul’s party, Sofia was paired with Javier, a new student of high school. From there love triangle formed. The couple kissed each other and promise the future. Then in a while, she kissed Raul at his party only.

In season 1, Sofia was seen with Raul and become one of the popular students of the school. But in season 2, it seems totally different. In the beginning, Sofia was with Raul, which was making Javier jealous. In jealousy, Javier kissed Natalia. The love triangle intensified in episode 5 when Javier kissed Natalia again, and Raul and Sofia were also hooking. Sophie finds out that Raul was lying to her about blackmailing Quintanilla. After listening to this, Sofie clearly left Raul and broke up with him. And now it is clear that Sofia has ended up with no one, neither Javier nor Raul.

Control Z is a series that includes a huge cast and crew. Many popular actors have worked in this series. Some freshers have also worked. So let’s start talking about the most centered character Sofia, who was played by Ana Valeria Becerril. Sofia is a type of character who formed a love triangle and ended up with no one. Next, we have Zion Moreno, who portrayed the character of Isabela de la. Next, we have the dashing personality Yankel Stevan who played the role of Raul. Raul was one of the famous characters from the series. Raul was in love with Sofia. BUt Sofia broke up with him because he lied to him for blackmailing Quintanilla. Then we have Macarena Garcia, who portrayed the role of Natalia, girlfriend of Javier.

Next is Michael Ronda, who played Javier Williams, Sofia’s ex-boyfriend. Ana Valeria, Yankel, and Michael formed a love triangle. Then we have Andress Baida as Pablo. As side actors, we have Patricio Gallardo and Rodrigo Mejia. Next, Fiona Paloma was there as Maria Alexander and Luis Curiel as Luis. Then we have Xabiani Ponce as Ernesto and Ariana Saavedra as Regina. Many popular characters were in this series. All actors have a very strong bond behind the scene. Their Instagram handles show how much they all enjoy on the sets of Control Z. To watch their, more BTS follow on Instagram.

Ryan Newman Net Worth: The Earnings Of Car Racing Driver

Are Josie Werner and George Goldfeder from Beauty and the Geek 2021 Still Together?