Who Does Shinra End up With in Fire Force? 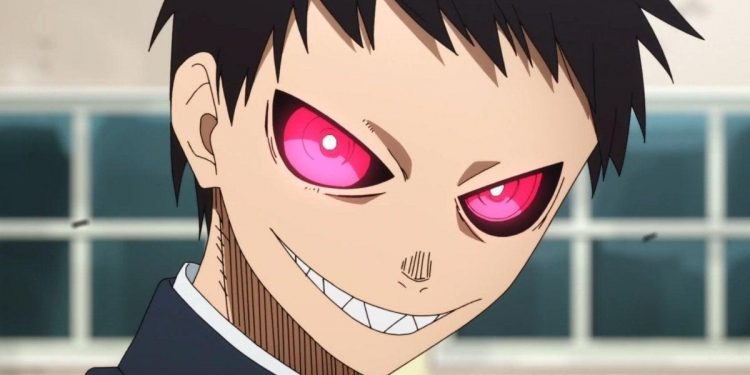 Shinra Kusakabe is one of the major characters in the Fire Force anime, and he appears to have a lot of chemistry with other people, particularly ladies. We’ll find out if he ended up with someone or not in this piece. Shinra Kusakabe works for Special Fire Force Company 8 as a third and fourth-generation pyrokinetic. Shinra joined the Special Fire Force after the death of his mother and, allegedly, his younger brother in order to fulfill his dream of becoming a hero, saving people from Spontaneous Human Combustion, and learning the truth about his family’s death twelve years ago.

Shinra is later revealed to be the Fourth Pillar because he possesses the Adolla Burst. Shinra is a slim, muscular adolescent with short, spiky black hair, crimson eyes, and particularly sharp teeth. His pupils are white instead of black, which adds to his appeal. Let’s see whether he was able to make any connection during his journey.

Shinra is courageous, intelligent, self-assured, and eager to assist others. He is quite proud of his dream to become a hero, which he promised to his mother when he was five years old. He isn’t afraid to act when the circumstance demands it, and while he may be impetuous in a fight, he has also demonstrated the capacity to take a step back and consider the situation before responding.

Showing that he is normally level-headed and clever, however, his igniting ability, according to Hinawa, might cause him to be overconfident. Shinra suffers from nervous laughing, a condition in which animals automatically grin or expose their teeth when worried, agitated, angry, or uncomfortable, much to his shame. After witnessing his mother’s death, he got this illness. Others misinterpret his grin for a frightening grin, and because he was accused of murdering his own mother, Shinra earned the title “Devil,” yet he wants to be acknowledged as a hero.

Also read: What Anime Is Shinra From? All About The Fire Wielder

A Little More About Him

In Year 186, Shinra was five years old and lived with his mother and younger brother, Sh. Shinra was always fascinated by heroics as a child, dressing up as a superhero and emulating heroic gestures from television in the hopes of one day being a hero who could protect his loving family. Shinra’s mother once urged him to pick up his toys, but he insisted on finishing the book he was reading. His mother told him about the urban legend of wicked small children being kidnapped and brought to the Netherworld. Shinra was persuaded to begin putting his toys away as a result of this.

Shinra stayed at Haijima Industries since he couldn’t manage his Ignition Ability and was equipped with liquid nitrogen boots to suppress it. He and the other youngsters had no freedom, no luxuries, and the scientists solely regarded them as test subjects during their time there. Shinra was tested by the Skill Developing Facility, but they couldn’t tell if he possessed the Adolla Burst or not. He moved away when he was thirteen and enrolled in the Special Fire Force Training Academy, hoping to uncover the truth about the fire that killed his family and spare others from the horrors of the flames. He was still considered a devil at the academy because of his history. He heard about the dangers of Third Generations Overheating and met Arthur, with whom he frequently quarrelled and battled while their mutual buddy Ogun presided over the proceedings.

Who does Shinra End up with?

While Shinra has a nice rapport with the other female characters, he is particularly fond of Tamaki and usually blushes when she is there. He even indicated an interest in trying her food, and their friendship has grown stronger as the series progressed. Despite the fact that Shinra is unlikely to date anybody, Tamaki remains the most likely possibility. In Fire Force, Shinra will meet Tamaki, and it will only be a matter of time until they recognize their emotions for one other. Tamaki already has feelings for Shinra, but because of her tsundere mentality, he is clueless. Shinra, who is usually caught in the “lucky lecher,” is one of the show’s recurring jokes, which further adds to the viewers’ love for these two.

Shinra and Tamaki have had a friendly rivalry since their rookie years. They get along well as comrades, and he regards her as a good buddy in addition to the rest of the company 8. He finds her appealing but is oblivious of her affections for him because of her tsundere attitude, which bothers him when she behaves disrespectful and aggressive toward him.

Are Madelyn Cline And Zack Bia Dating? All About Their Relationship