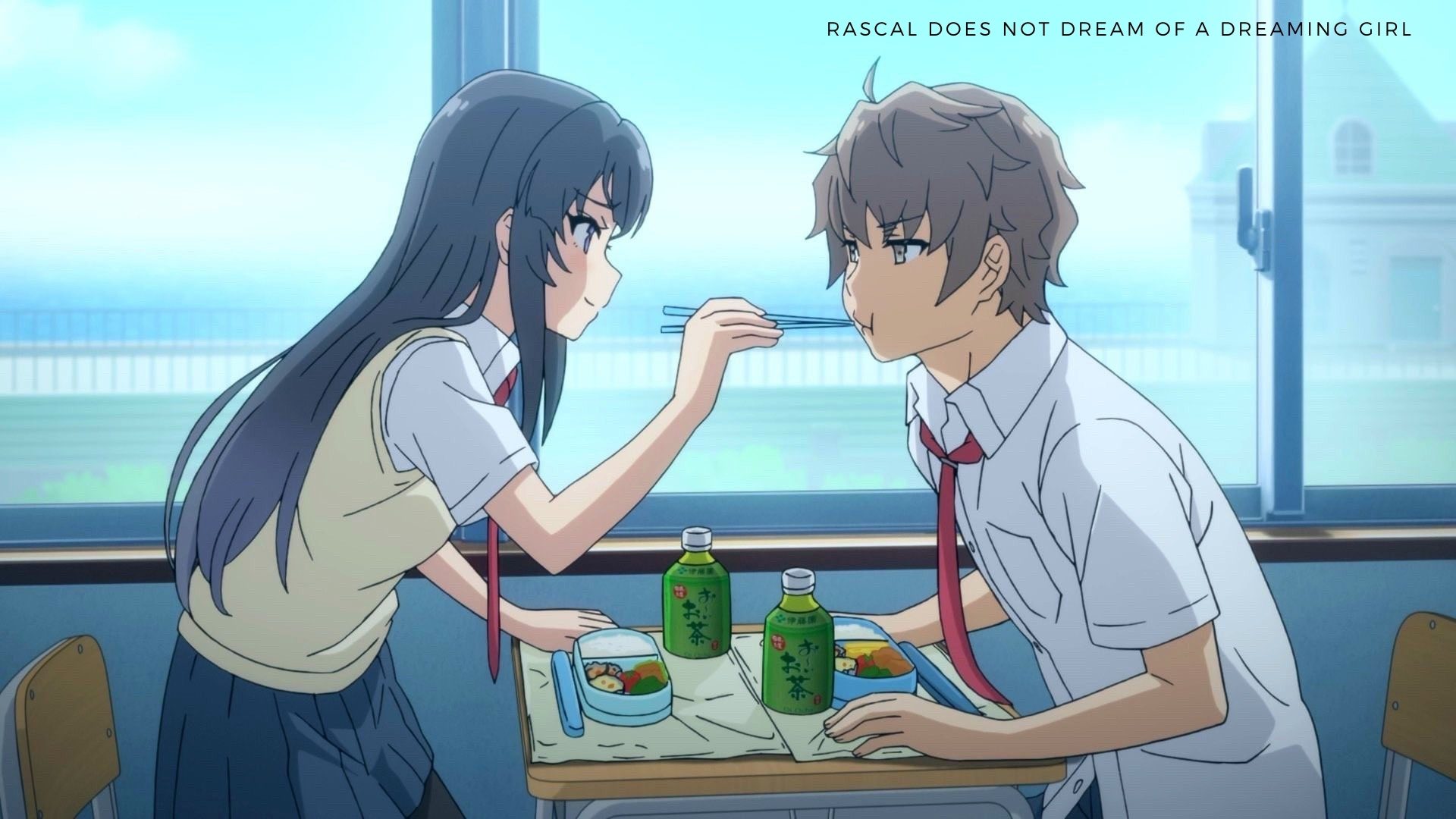 The animated film Rascal Does Not Dream of a Dreaming Girl is based on the sixth and seventh volume of the light novel titled “Rascal Does Not Dream of Bunny Girl Senpai” written by Hajime Kamoshida and illustrated by Keeji Mizoguchi. It was released on 15 June 2019 and ran for 89min. The light novel is also adapted into Manga and Anime with the same title. The light novel contains eleven volumes, manga contains six, while anime comprises 13 episodes in total. As we mentioned, the plot follows high school boy Sakuta Azusagawa, his girlfriend Mai Sakurajima, and his first love Shoko Makinohara. It is a supernatural love story that would make you wonder who will Sakuta end up with.

Since the movie is based on the sixth and seven volumes of the light novel, it shows the already developed relationship between Sakuta and Mai. The couple who have enjoyed their dating life for the past six months faces a new challenge. That brings various obstacles in their relationship- Sakuta’s first love, Shoko Makinohara. After knowing there are two Shokos, an adult one and a younger one, he comes to know about Shoko’s heart problem and him being the donor. Their encounter reveals secrets the future holds and changes the present lives of all three. The story narrates the tale of Sakura, who lost her love Mei while saving Shoko, his first love. But to change their cruel fate, he travels back in the past to get back with his true love. 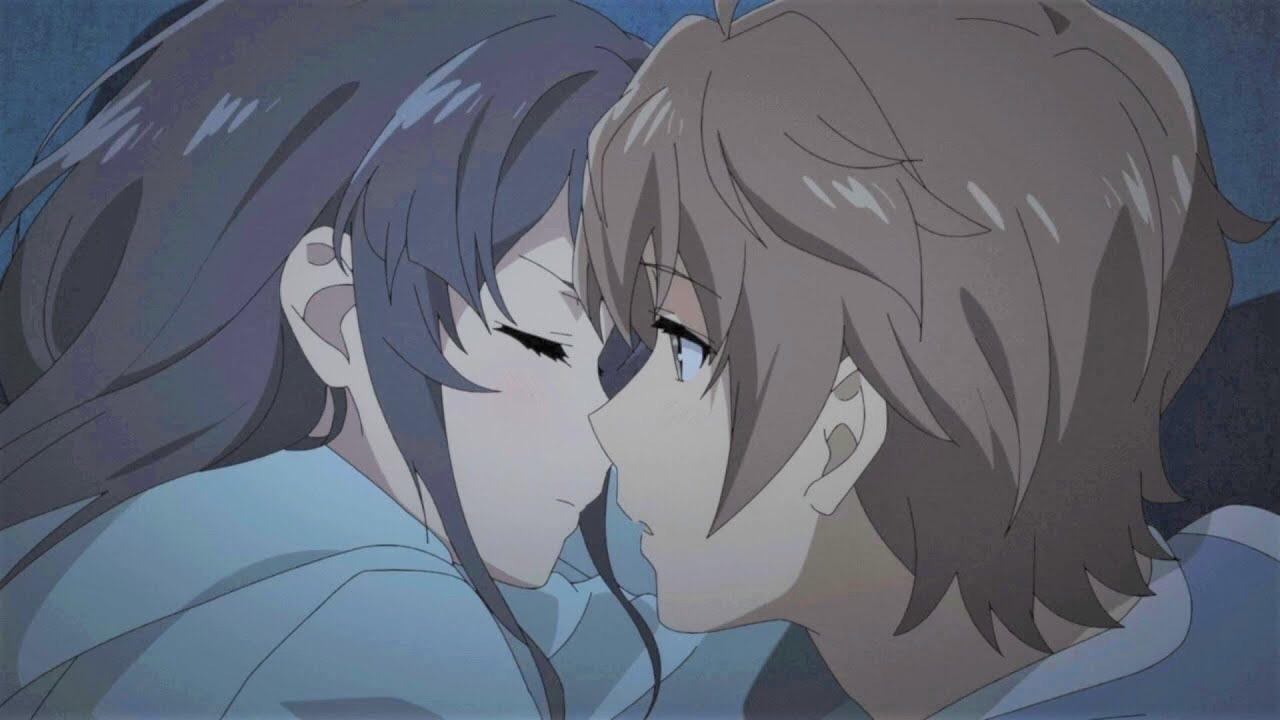 Who Does Sakuta End Up With In Rascal Does Not Dream of a Dreaming Girl?

Sakuta Azusagama ends up with Mai Sakurajima in Rascal Does Not Dream of a Dreaming Girl. Good news for SakMa fans who are wondering about the same question. Do not Worry. Your ship has been sailed a long ago. Whether it be the light novel, manga, or anime, Sakuta and Mai end up together in every adaptation. The film has wonderfully shown their relationship simply and directly without unnecessary drama. The most admirable thing about their relationship that attracts fans is their mature and thoughtful approach to resolve issues. It makes them stand out from other anime couples who merely focus on the physical attraction with the over-the-top drama.

As the animated film moves towards the end, it makes you worried regarding Sakuta’s safety. The adult version of Shoko, who comes from the future, mentions Sakuta being the donor for her heart due to being brain dead. That happens while Sakuta tries to protect Shoko. The movie forwards as on Christmas Eve Sakuta reaches the site where the accident takes place to save Shoko. However, Mai does not want Sakuta to die, and the two end up arguing. At that time, Sakuta almost dies, but Mai pulls him on the other side but gets run over by the car instead. This plot twist makes Mai the donor of Shoko’s heart. 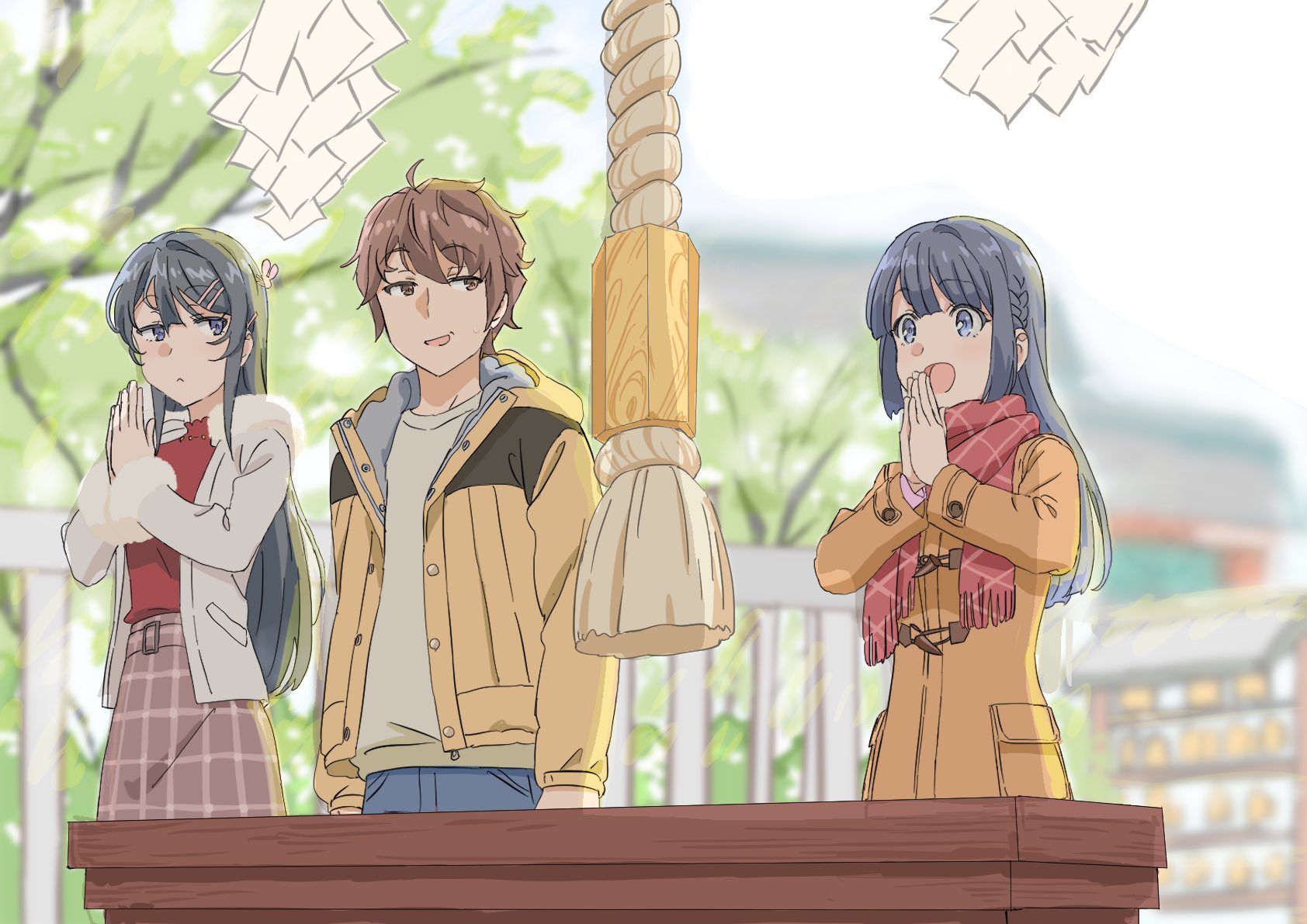 Rascal Does Not Dream of a Dreaming Girl Ending

Mai’s death hit Sakuta hard. Seeing him grieving over Mai, Shoko tells him to go back to the past and change their destiny. However, changing the past would also mean that Shoko will never get a heart transplant. Notwithstanding Mai’s loss, Sakuta goes back in time and stops Mai from the car accident. At the same time, he also does not let himself get hit by the car that leads to Shoko having no heart donor. In the end, the couple decides to find a way so they could help and save Shoko.

The animated film takes a time slip where we see Shoko is in her fourth grade. Mai and Sakuta visit the shrine and later cross paths with the younger version of Shoko, who is now a healthy young girl. With the memory piece blending different timelines, the film ends with Sakuta and Shoko recognizing each other. The film has portrayed a beautiful relationship between Mai and Sakuta, who cherish each other to the point, one is ready to die while the other is ready to change their destiny to stay together.