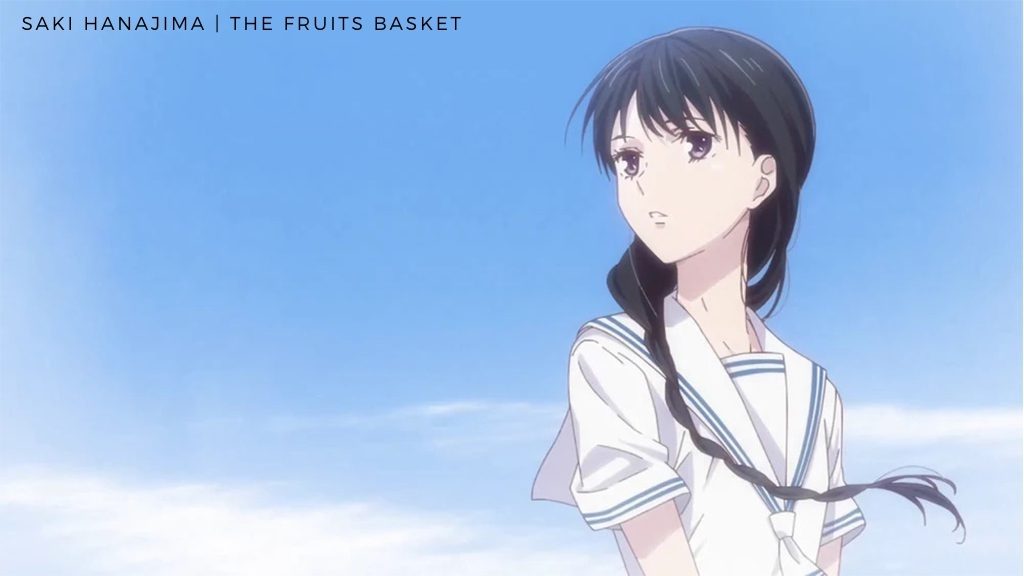 Who Does Hanajima End Up With In The ‘Fruits Basket’? The Shojo series began airing in 2001, but it didn’t adapt the entire anime. Whereas a new anime adaptation came in 2015, which adapted the entire manga, and the last episode aired on 29 June 2021. Whereas the manga was serialized from 1998 to 2006. Further, a sequel manga called Fruits basket Another was serialized from late 2015 to May 2020. Otakus came along with some excellent characters on this journey to break the zodiac curse on the Shoma family, which hooked them to this show. If you want to follow this beautiful series, then you can watch the anime on Crunchyroll and Netflix, whereas to read the manga, visit Yen Press.

Since the first episode or the first chapter, we fell in love with the characters of this series. We witnessed so many magnificent characters in this show who developed with each passing episode. Among these characters, everyone fell for Sai Hanajima; we all wished for a friend like her in our lives. She is a beautiful teenage girl who always has a mysterious and spooky aura around her. Further, she doesn’t like to talk with many people, and she’s also blunt and dares to confront people head-on. But if she can also be the most caring person to someone if she considers you a friend. Therefore, every Fruits Basket fan fell in love with her character. So, fans are eager to know with whom will Hanajima end up? There are lots of speculations about this topic. So we will discuss with whom will Hanajima end up in this article.

What happened with Hanajima in Fruits Basket?

The plot revolves around Hanajima’s friend, Tohru Honda, who comes across the secret of the Sohma family. There was a curse on Sohmas that twelve of their family members will turn into the animal from the Chinese Zodiac Chart when they are tired, stressed, or hugged by the opposite gender. Toru has lost her parents and lives on her own in a tent on a mountain. However, the tent gets destroyed in a landslide and finds her handsome classmate Yuki Sohma lives with his cousins, Shigure and Kyo. The Sohmas agree to let Honda live with them if she keeps their secret. 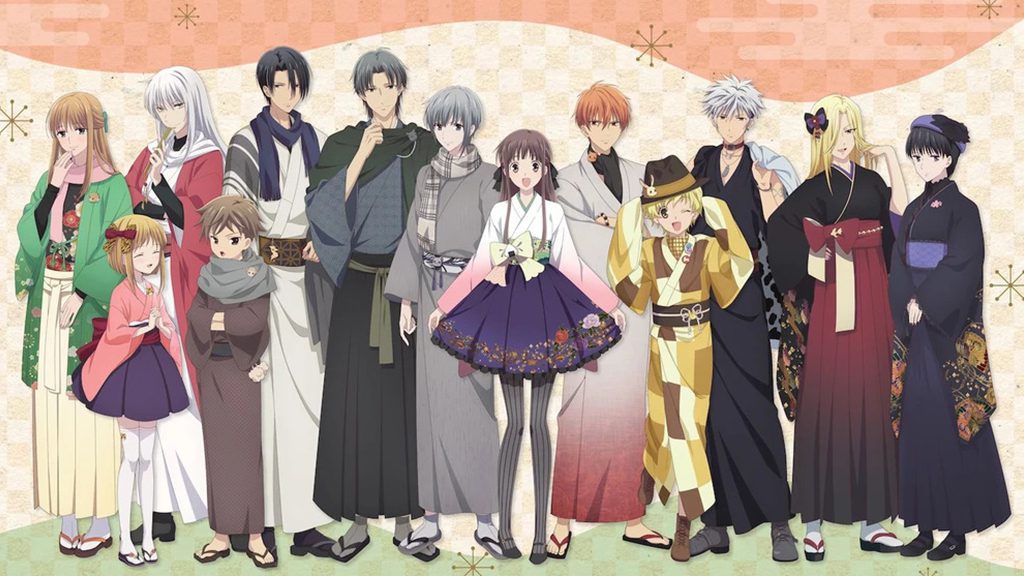 Saki Hanajima, along with her friends Tohru Honda, Arisa Uotani, and the Sohma family.

On this journey, Tohru becomes an important part of Sohmas. She further gets to know the darkness of the curse. Tohru also falls in love with Kyo Sohma, who turns into a cat and, most of the film, treats him like an outcast. Further, Tohru keeps the secret and doesn’t even tell her friends Hanajima and Arisa Uotani. And they, too, don’t force her to tell the secret. Instead, they care for Tohru and worry that she might not hurt herself while trying to help Sohmas. Hanajima is like an over-protective mother figure for Honda, who won’t even let anyone lay their hand on her.

We also see how Tohru helped Hanajima. Like in Saki’s past, her classmates used to bully her for her psychic powers. She once even “cursed” a boy and since then she began wearing black and live a loner life. She further had to change school many times because of the rumors of past traveling to her new schools. This way Hanajima ended up in Tohru and Uotani’s school, where she wanted to distance herself from everyone. But Tohru and Aisa forced Hanajima to befriend and also mentioned they don’t care about her past or her psychic abilities.

Also Read: Who Does Sakuta End Up With In Rascal Does Not Dream of a Dreaming Girl?

Who will Saki Hanajima end up with?

As we witnessed in the series, everyone tends to stay away from Hanajima because of her abilities. Therefore, she had a traumatic past where she was bullied, like once a boy forced her to eat newts. Further, once few girls tried to burn her hand to test her powers. So we can witness Hanajima having an issue trusting others and blame herself for any accident. Thus, Toru and Uotani were the ray of light to her dark life. 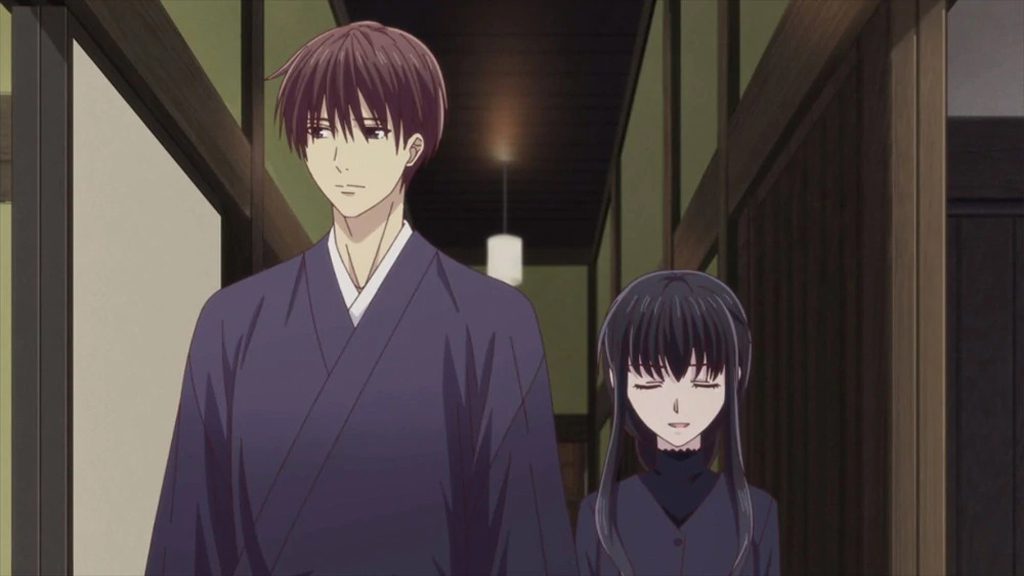 Saki Hanajima having a crush on Kazuma Sohma.

There is not so much romantic plot surrounding Hanajima, the only love we see her getting is from her friends and brother. But we never see Saki dating someone. However, Saki did had a crush on Kyo’s adoptive father, Kazuma Sohma. As she often used to visit his dojo and strike friendly conversations. We even see Hanajima join Kazuma’s dojo as a cook in the end. However, Kazuma only saw her as a beautiful classmate of his son, to whom he is thankful to befriend his son. Further, Saki Hanajima also liked to tease Kyo and so she used to get closer to Kazuma to tease Kyo.

Even if Saki had romantic feelings for Kazuma, she did overcome them. As in the sequel manga, Fruits Basket: Another, we witnessed that she tied the knot with a foreign man and with whom she even had a son named Rio Mosca. But it was never revealed who was the foreign man with whom Saki Hanajima end up. Further, Rio is also friends with the kids of his mother’s friends.