Who Does Rangiku Matsumoto End Up With In Bleach Anime & Manga? 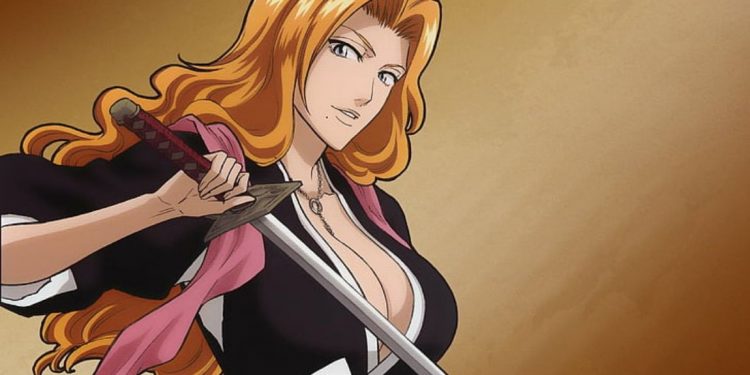 Who does Rangiku end up with in Bleach?

Bleach is one of the anime series of which I can’t get enough, every time I go through it, We get to know anything new about it. The most fascinating things about the series are its concept that has remained unmatched to date. Although every anime series has a unique theme, it was something that took the in-depth plot to a new level. If you start digging into the world of Bleach, you will end up getting into a completely different thing. So, here we are going to keep it sweet and simple, we will start up slowly by discussing the love life of Rangiku Matsumoto and who does Rangiku Matsumoto will end up with.

Beginning from the series, Bleach is one of the epic and classic manga series of all time. The series was been written and illustrated by Tite Kubo and was officially published by Shueisha. It dropped out its very first chapter on 7th August 2001 and ended on 22nd August 2016. A 73 paged one-shot manga was released on the occasion 20th anniversary of Bleach on 10th August 2021. An anime adaption of the series was produced by Pierrot Studio and aired its first episode on 5th October 2004. Till then, if you are a real otaku is has become a compulsion to stream it and read its manga. Recently;y, the series has been trending all over, making fans go crazy because of the anime adaption of the final arc that is going to drop out in October 2022.

Who Is Rangiku Matsumoto?

If you have gone through Bleach and didn’t add Rangiku Matsumoto to the list of most beautiful anime characters, then I doubt if you have streamed it or not. Rangiku Matsumoto or Rangiku or lieutenant Matsumoto is a character from the series Bleach. The character is not so important but is very important at the same time. Her looks are something that has been admired by the fans so much. Rangiku is the lieutenant of the 10th Division of Goeti 13, she is held under the captainship of Captain Toshiro Hitsugaya. Now that we are talking about Rangiku, we can’t skip discussing her appearance. First of all, she is extremely beautiful with long lustrous orange-colored hair, she has a tall stature along with a very curvaceous body. Her very beautifully built body is the thing that makes him one of the most popular female characters in the whole series.

As for her all-over personality, she is a very sweet, cheerful, and naughty person. She also has a trait of laid back persona as he utterly dislikes to do the paperwork of Seireitei. You will get to witness her trying to flirt with the captain, who is literally a child but is a captain because of being a prodigy. Another most prominent trait about her personality is that she is very proud of her body and very misses the chance to flaunt it by wearing exposing clothes. She is a wielder of the zanpakuto Haineko, literal meaning “Ash Cat”, in its Shikai form, it takes the command of “Growl” by Rangiku to act. Her Bankai is not revealed yet, but she is trying to achieve it, but Haineko being equally lazy and moody like her makes it difficult for Rangiku to achieve her Bankai.

Who does Rangiku Matsumoto end up with at the end of bleach series?

When we are talking about Rangiku, we can’t miss her love life and her unbreakable connection with Gin Ichimaru. But this doesn’t mean that she is going to end up with him. From her very childhood, she have this thing for Gin but never let it out clearly because of him being a traitor of Soul Society. Gin Ichimaru saved Rangiku from starvation when she was about to die back in the Rukongai district. They became best friends and start living together until one day Gin suddenly appeared in shinigami’s clothes and told Rangiku to apart their ways without making her cry. After that, Rangiku became a shinigami at soul society, but Gin joined Aizen’s Army.

Later, in the Arrancar’s Arc, after Aizen absorbed the Hogyoku, Gin tried to kill him after realizing the fact that Aizen is going to get out of his hands. Unfortunately, Gin ended up dying on the battlefield, and all the viewers cry. At that time, Rangiku has witnessed a breakdown miserable as he lost the only love of her life. Till that day, although Rangiku flirts with Hitsugaya and other men too, she never took it to the level that she had with Gin. So, in the manga, Rangiku didn’t end up with anyone however, in the novel series, she ended up with Shuhei Hisagi and had a kid named Yori Hisagi.