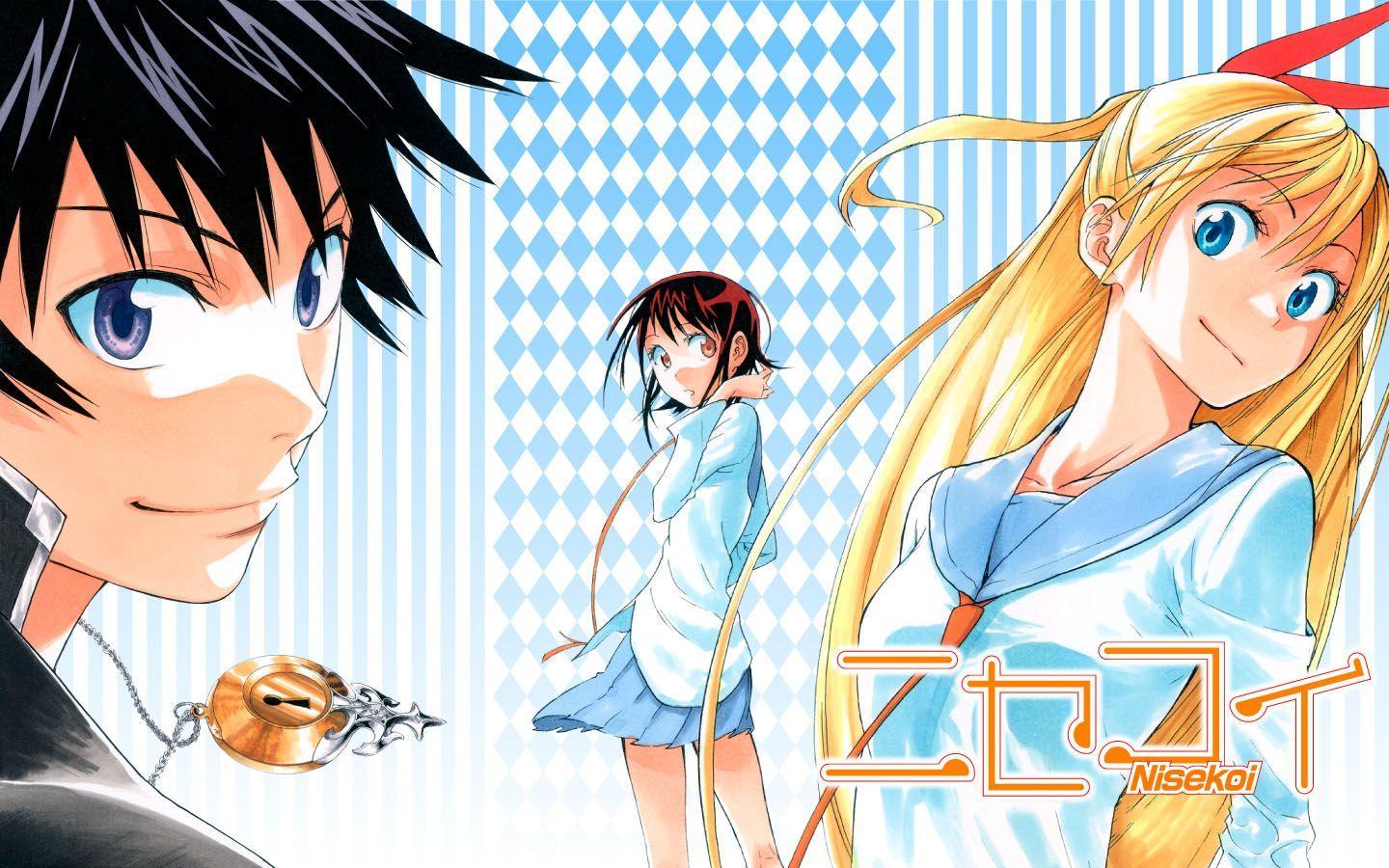 Nisekoi revolves around Raku Ichijo and Chitoge Kirisaki, two high school students who start as foes but gradually fall for each other. The seemingly normal students hail from similarly dangerous backgrounds. Raku is the son of a leader of Shuei-gumi, a Yakuza gang. On the other hand, Chitoge is the daughter of a gang leader herself. As it happens, both of these gangs are bitter rivals. The first encounter of Raku and Chitoge is rather violent itself, albeit inadvertently. It happens when Chitoge hops a wall and hits a passing by Raku on the face with her knee. As she runs off after the abruptly violent first impression, Raku notices he’s lost his locket. It’s a locket Raku dearly holds on to. The reason is that his childhood crush gave him the locket to who he made a secret promise.

Raku discovers that Chitoge is a new transfer student in his class. Following that, he forces her to help him find the locket. As they search for the locket, the two don’t exactly hit it off well. In fact, they dislike each other quite a bit. The twist arrives when Raku discovers a new development regarding Shuei-gumi and Beehive’s dynamic. Raku comes to know that the gangs have decided to call the feud off by pairing the leaders’ children together. This makes for the perfectly worst recipe for Raku and Chitoge to gulp down. Now they have to play pretend to keep the gangs from starting a war again. For the next three years, Raku and Chitoge have to pretend to be in a relationship, despite their mutual dislike. 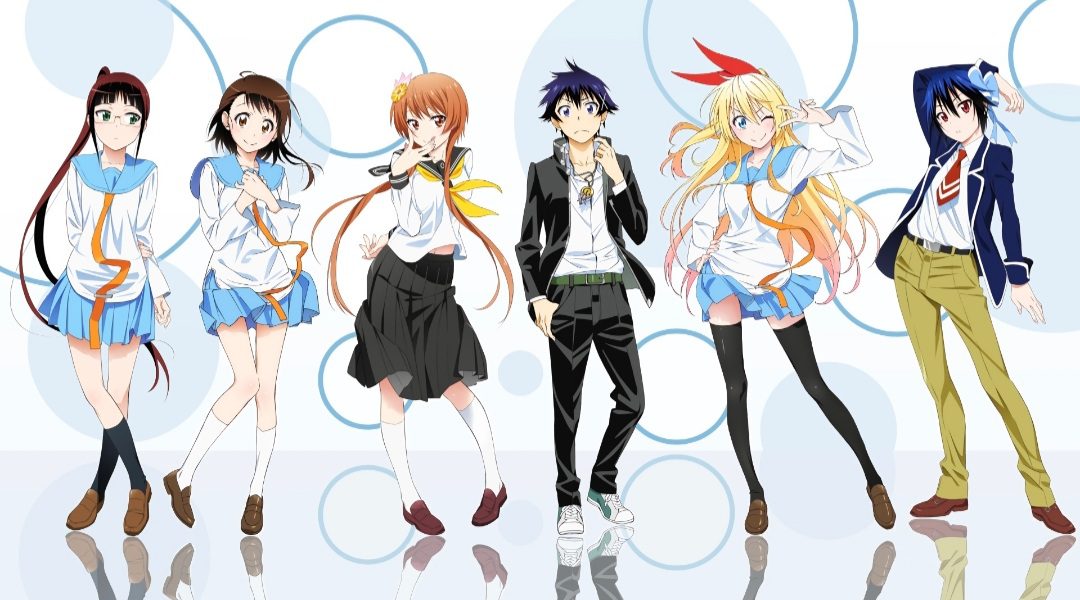 Raku and the harem of promise girl contenders.

But it’s not just the inner feelings of hatred they both have for each other that make it difficult. It’s also the fact that Raku has feelings for another classmate, Kosaki Onodera. Rawhku wishes it’s her that bears the key to his locket. However, several obvious factors bar him from pursuing his real love. There are gangs on both sides, there’s Chitoge’s over-protective bodyguard, a female hitman, and the fact that there are multiple keys to his locket floating around that make it hell for Raku. To add to the chaos, there are several other girls on the roster, which makes it all complicated. Char Sui Mafia gang’s newly appointed head, Yui Kamakura also enters the picture. She is also Raku’s childhood friend and claims to be his fiancée. What’s more, is that she also has a key to the locket.

We see Raku navigating through his tricky situation while contending with several girls with keys that could be the “promise girl” from his childhood. Meanwhile, he is falling ever so deeply for Kosaki. Chitoge eventually catches on to Raku’s feelings for Kosaki. She also realizes that both have had mutual feelings for each other since middle school. Seeing that, she decides to support their relationship and bid her leave from Japan. But after all of the chaotic dynamics that stemmed from a dislike of each other, Raku has also developed feelings for Chitoge. Nisekoi sees Raku contending with the Love triangle and following his heart on who he loves now.

Who Does Raku End Up With? Conclusion of the Raku and Chitoge Arc

At the end of Nisekoi, Raku and Chitoge end up together. It was evident and obvious that Raku and Chitoge — two main counterparts — would end up together. However, there were a few eyebrow-raising developments such as Kosaki turning out to be the promise girl. Raku had been wishing all along for Kosaki to be the one with the real key. He had fallen for Kosaki deeply and both of them had feelings for each other since middle school. Chitoge accidentally discovers this piece of fact one day and decides to step away from their equation. She leaves runs away, unaware that Raku has also come to reciprocate her feelings. Raku eventually confesses her feelings for her near the end of the manga. Chitoge does the same and the two get together and later marry and even have a son, cheekily named Haku. 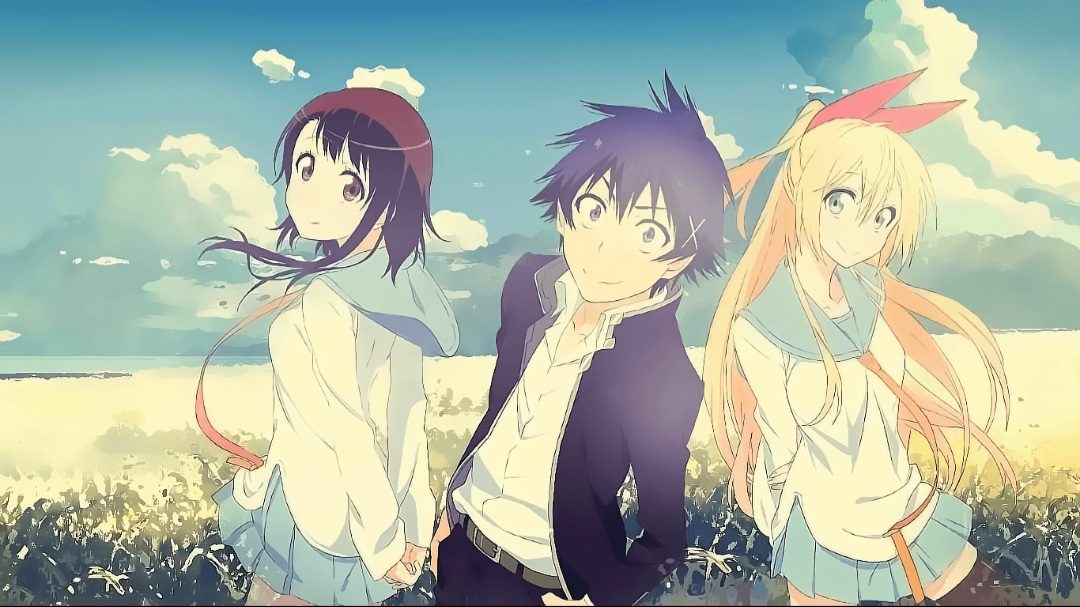 The Promise Girl Reveal and the Reception From Fans

The ending of Nisekoi gave the fans a fair bit of a shocker. Kosaki being the promise girl was in contention with the fan theories and speculations. Fans made the connections with the silhouettes of the girl in Raku’s flashbacks. The girl seemed to have long hair, similar to what Chitoge has. Kosaki was never in the top contenders for the promise girl since she had short hair. There were other signs as well that indicated that Chitoge must be the Promise girl. It was a bit of a disappointment when Kosaki was revealed to be the promise girl. Yui was another character with long hair but since she wasn’t in the anime, she was out of the race. The explanation behind why Kosaki turning out to be the promise girl might have to do with Raku. It very well could be that his memories of the past were skewed.

Nisekoi is currently available to stream on Hulu.