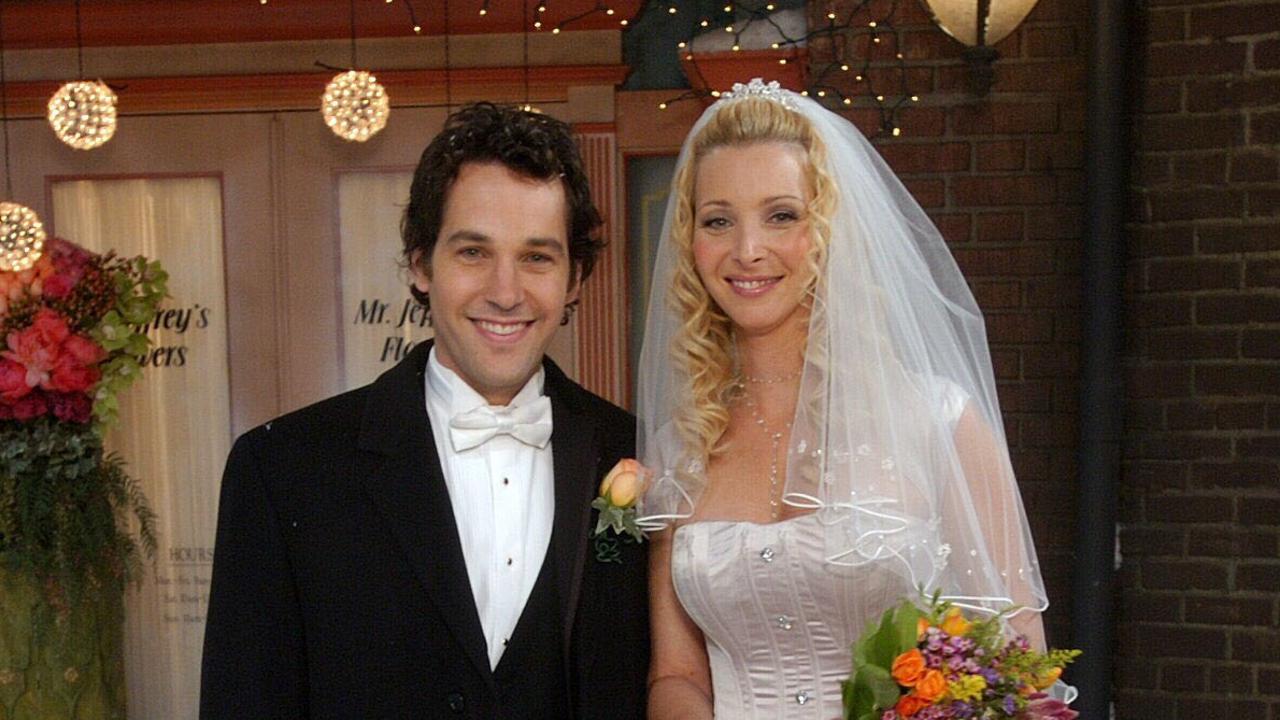 Do You know Who Does Phoebe End Up With In Friends? Iconic comedy sitcom Friends has been one of the most-watched shows. The show had a successful ten-season run, and every character became fans’ favorite in no time. HBO Max recently released the much-awaited Friends cast reunion. The six characters had their happily ever after in their unique way. Monica and Chandler were blessed with twins, and who can forget the iconic scene as Ross and Rachel reunited after Rachel did get off the plane after all!

As all the six leading stars came together, it was all about nostalgia for Friends fanatics! Fans surely could not get enough of these characters, especially the eccentric and beloved Phoebe. The character played by Lisa Kudrow went on to tickle our funny bones with her humorous antics! However, did Phoebe finally meet with her lobster and finally get her happily ever after? Let us take a look at all the details regarding Who Does Phoebe ends Up With In Friends.

Who Does Phoebe End Up With In Friends?

Bu the end of the iconic sitcom, Phoebe was happily married to the love of her life: Mike Hannigan. Played by Paul Rudd, Mike was the perfect foil to Phoebe’s eccentricities. While Mike had his skepticism at first, and the two called it quits for a short period, the two were inseparable and reunited for good. Not to forget how Mike defended Phoebe after she was humiliated by his family during the family dinner. 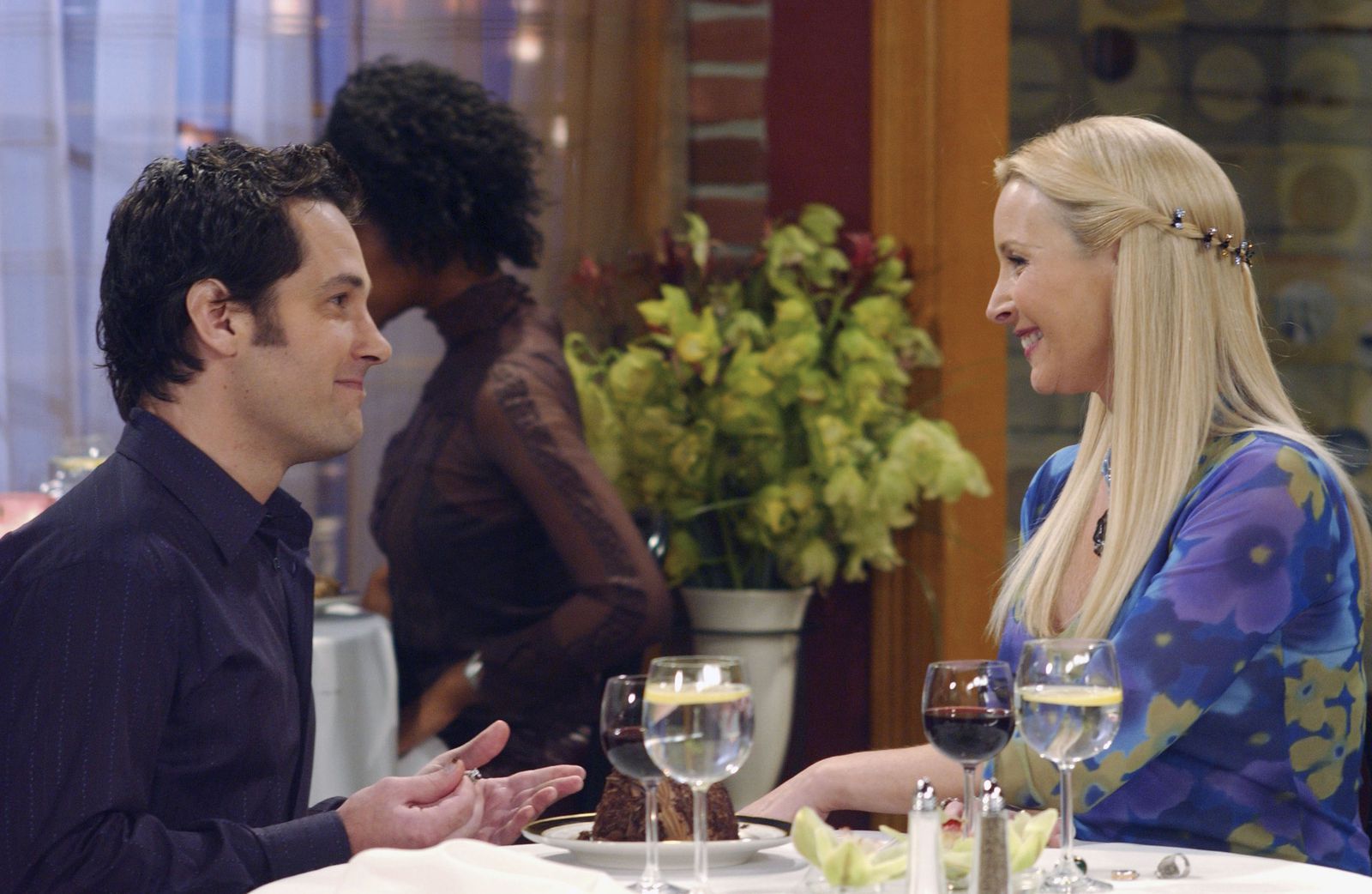 Phoebe and Mike’s wedding was a beautiful event that seemed straight out of a fairy tale, thanks to the snowfall that added on to the scenic beauty of the wedding. As the two exchanged vows, they soon became one of the most adorable couples in the sitcom and gave Ross and Rachel some tough competition, to be honest!

Friends Creators Had A Differed Ending Planned For Phoebe!

Believe it or not but Phoebe and Mike, we’re not supposed to end up together! While fans are happy that the two ended together, Phoebe was supposed to end up with her scientist ex-boyfriend David. However, Paul Rudd soon gained huge popularity, and the makers eventually went with him. David was one of Phoebe long lost love who has to leave the country for some research work and came back after a while to win Phoebe over! Unfortunately, it was too late as Phoebe already found her soulmate in Mike!  Let us take a trip back in time and have a look at some of the adorable Mike- Phoebe moments!

Phoebe and Mike had the best Friends proposal for sure 😭 pic.twitter.com/fZp1AuWt6h

Hank Azaria, who played David, further revealed that the initial plan was to bring him back and make things work with Phoebe. However, Hank appreciates the actor and further said that Paul Rudd is so awesome that they sort of found a groove with him, and his character became more of just the grist for that mill. Hank further admitted that Mike certainly has gone on to prove that he was comedically deserving of Phoebe’s love!

Phoebe Had A Magical Wedding With Her Lobster Mike!

While makers were confused about who to pair Phoebe with: Mike or David, fans are happy that she ended up with her lobster, Mike. After Mike initially refuses to marry Phoebe as he had a bad marriage before, he came around, and the two ties the knot in season 10. Things were a bit too complicated for Phoebe after David comes back from Minsk and proposes to Phoebe, and even Mike comes round to propose to her too! That is, Phoebe makes the tough choice and chooses Mike!

Not to forget, she has to use her tactics to break things off with Mike and the girl he was seeing that time. After a few bumps in the road, it all came to a happy end, with Phoebe ending up with Mike Hannigan! From the cute piano scene to sharing the house key and moving in together, the couple were meant to be, and that’s exactly what happened!

Also Read: Who Does Alexis Rose End Up With In Schitt’s Creek?