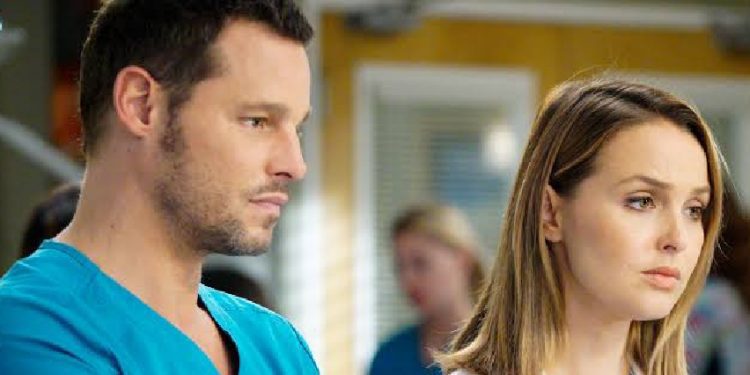 Grey’s Anatomy’s renewal for season 19 is apparently in the works. Grey’s Anatomy, created by Shonda Rhimes in 2005, has lasted an incredible 18 seasons and is still a powerhouse, with high ratings for most of its existence, a devoted audience, and Netflix success. Ellen Pompeo, who also executive produces the show, stars alongside Chandra Wilson and James Pickens Jr., who have appeared in all 18 seasons. In this article, we will deal with “Who Does Jo Wilson End Up With in Grey’s Anatomy?”

Grey’s Anatomy follows the interns, residents, and attendings at Seattle’s Grey-Sloan Memorial Hospital. The individuals’ hectic schedules, combined with their demanding occupations and personal lives, create drama and tension, raising the stakes. With such a long run behind her, Pompeo has become vocal about the series’ impending demise, with Grey’s Anatomy’s season 18 talks mirroring her belief.

In Grey’s Anatomy Season 16, Alex Karev (Justin Chambers) abandoned Jo, as you may recall. The pediatric surgeon reconnected with Izzie Stevens (Katherine Heigl). Then he abandoned his marriage in favor of his ex. In the seventeenth season premiere of Grey’s Anatomy, Jo asked Jackson to be her “sex bridge.” They made sure to establish limits once Jackson accepted the idea. As a result, Jo and Jackson became strictly friends-with-benefits. Jackson, on the other hand, chose to leave Seattle in order to oversee his family’s foundation in Boston. April Kepner (Sarah Drew), his ex-wife, and his daughter, Harriet Kepner-Avery, were also asked to relocate with him.

April and Jackson were also given a chance on Grey’s Anatomy after April’s divorce from her husband, Matthew Taylor (Justin Bruening). Jo began the season by hooking up with Jackson in order to move on from her previous relationship with Alex Karev, who had left without saying goodbye in person the year before.

Jo discovered that surgery no longer fulfilled her and chose to change specializations to pediatrics after assisting in the delivery of a baby. Luna, an infant whose mother she cared for before she died, became emotionally attached to her as a result of this treatment. Jo’s application to adopt Luna was turned down owing to a failed background check. Link decided to foster Luna, allowing Jo to properly care for her and eventually get custody of her.

What’s next for Jo Wilson in ‘Grey’s Anatomy Season 18?

Grey’s Anatomy followers will have to wait and see what happens to Jo in next season for the time being. When the ABC drama returns this autumn, there’s plenty of room for huge new storylines. Jo finally adopted baby Luna and moved into Jackson’s old house in the Grey’s Anatomy Season 17 finale. She also consoled her lover, Atticus “Link” Lincoln, after Amelia Shepherd dumped him.

In the meantime, Jo changed careers and became an OB/GYN. Then, in a June 2021 interview with CinemaBlend, Luddington expressed her aspirations for Jo’s future career. “If there’s any chance, it’s that she grows up to be like Addison.” “Or, like Arizona, you could end up undergoing fetal surgery,” Luddington said. “With OB/GYN, there’s still a lot of room for her to try new things.” Given all of the changes in Jo’s life, we’re excited to see where the next season of Grey’s Anatomy takes her. So keep an eye out. In the fall, the new episodes will be released.

Maggie Pierce and Winston Ndugu (Anthony Hill) were planning to marry at the start of Grey’s Anatomy Season 17 Episode 17, named “Someone Saved My Life Tonight.” Due to the coronavirus (COVID-19) epidemic, the couple decided to have a small backyard wedding at Meredith’s house. Winston’s grandmother and Maggie’s father, on the other hand, called a halt to the wedding so that it could be done “properly.”

“Do you realize how incredibly proud we are of you two?” Winston’s grandma stated, “We want the world to see.” Maggie and Winston ultimately agreed to postpone their wedding until it was safe. Nonetheless, Grey’s Anatomy fans were treated to a preview of the couple’s magnificent beach wedding. Many fans are now expecting Maggie and Winston’s happy ever after in the next season.

Who Is Charles Dance’s Girlfriend? Know About The British Actor’s Dating Life