Jane The Virgin is one of the most popular television shows. 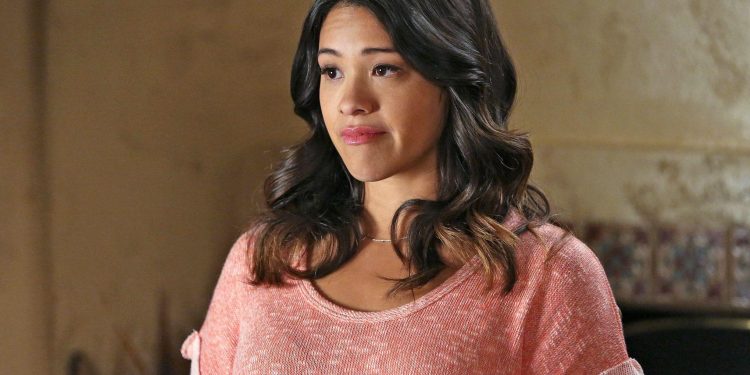 Jane The Virgin is a rom-com drama. This drama is really fun to watch, and because of its quirky humor, the show gained popularity as well. Moreover, there are around five seasons, and it’s got 20-22 episodes each. Season 5 of Jane The Virgin created a lot of questions regarding who does Jane end up with? The ending is surprising and exciting, though. The show first aired in October 2014, and since then, the broadcast didn’t stop until March 2019. The actors of this show became very popular for their exceptional acting skills. Especially the lead actress Gina Rodriguez, she portrays the role of Jane.

Since it won many hearts, the show became a part of several award ceremonies. And Gina ended up winning the Best Actress award. The whole plot of this story was really refreshing and unexpected. Well, a coincidental incident brought massive happiness to Jane. And some confusion as well. By nature, Jane is a very hard-working individual, and throughout her whole life, she maintained her principles and never really broke them. But an accidental pregnancy directs her life to a different journey. Well, who is the baby’s father? Does Jane end up with Michael or Rafael in season 5 of Jane The Virgin?

Well, this show surrounds the life of a young and religious girl Jane. Things have been pretty good for her. To acquire her goals, she has been working pretty hard since the first day, it seems. Moreover, things take a different turn for her after Jane discovers that she is pregnant. Shocked by this reality, Jane couldn’t cope up with this revelation. Because she never performed any kind of intimacy with any man. Jane wanted everything to be perfect, so she waited for her marriage. But this pregnancy made matters pretty worse.

But soon, Jane understands that she has been inseminated artificially by her Gynaecologist. And this accidental pregnancy comes up with several revelations, wherein she understands that she is carrying the baby of a married man. Moreover, Jane works at a hotel to pay off her college fees. And when it comes to the baby’s father, it is none other than her own boss Rafael. This truth freezes her to the core. Now, Jane has to choose between her career and the baby. To make matters worse, she is caught amidst a love triangle between her former crush and current boyfriend.

Who Does Jane End Up With?

Season 5 of Jane The Virgin comes up with multiple questions. And this is pretty exciting for everyone because fans were desperate to know with whom does Jane end up? Well, the ending is very refreshing for the rom-com fans. Since it is a telenovela, the ending will never end with an ordinary storyline. And this was something that really excited all its viewers. To be more precise, Jane was at a painful point in her life. The pregnancy disrupted her relationship with Michael. But despite everything, Jane got married to Michael. But his death leads to a broken relationship.

Moreover, with time, things take a different turn, and Jane ends up with Rafael. The story becomes even more confusing when Michael is magically back from the dead! Yes, you heard me right! But by this time, Jane and Rafael are madly in love with each other. And her former husband’s arrival creates multiple complications. Things became pretty confusing at this point, but still, Jane realized that her one true love is Rafael. At one point, Jane thinks about Michael, but soon she understands the differences between their goals. It’s been a long time since Michael was away from her life.

Moreover, they’ve grown apart in terms of their goals and preferences. This revelation makes it pretty clear that she still loves Rafael. The best thing about this show might be its connection to romantic choices and dislikes. It highlights the importance of the right person in our life. Even though Michael came back, and no matter what bond they had, Jane was always meant to be with Rafael. And to be more precise, Jane met the right person at the right time of her life. Many people didn’t appreciate Michael’s return, while others loved the twist in this story.

Tags: Who does Jane end up with?
ShareTweetShareSharePinSend
Previous Post