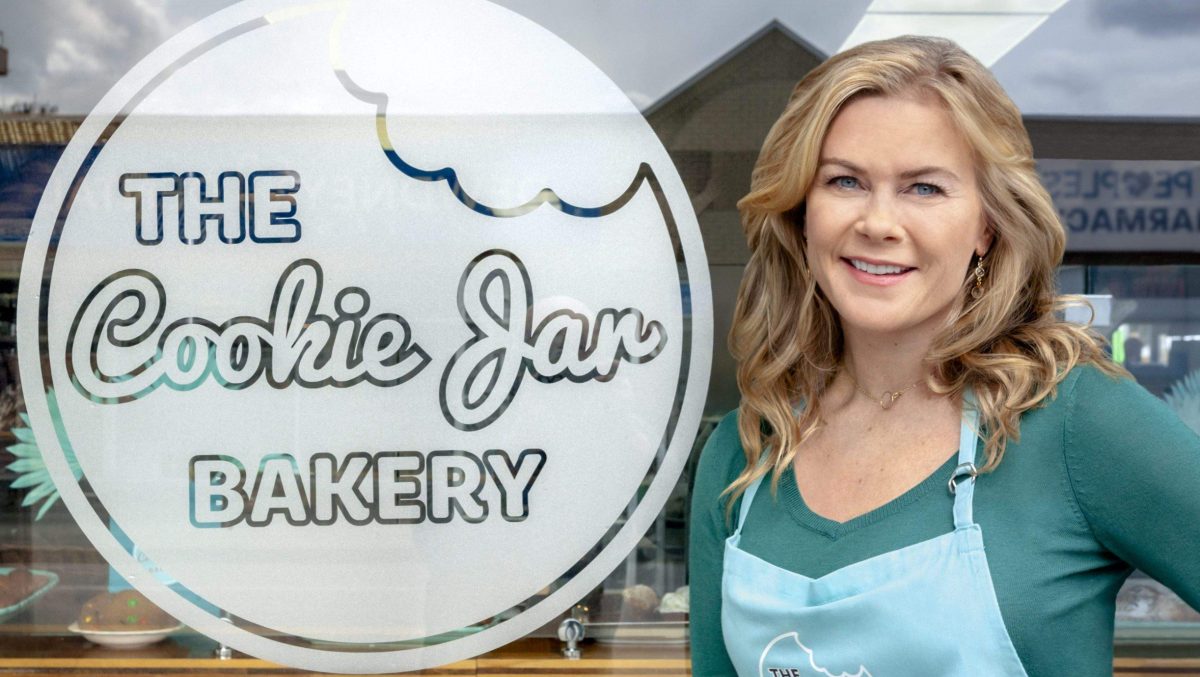 Who Does Hannah Swensen End Up With? The Hannah Swensen murder mysteries are a number of books written by Joanne Fluke. There are 28 books in total in the series, starting with Chocolate Chip Cookie Murder. Other than the main books, there are also other novellas. Chocolate Chip Cookie Murder was released about 21 years back, in the year 2000. the book revolves around the life of Hannah Swenson, who runs the most popular bakery in Lake Eden, The Cookie Jar. This red-haired heroine has a fancy of solving crimes. At the time of its release, the book was a bestseller. The first book is rated 3.70 on Goodreads, with more than 50 thousand reviews. The stories, mostly named after desserts and baked goods, will make you feel hungry and thrilled at once.

The author of the book is Joanne Fischmann, whose pen name is Joanne Fluke. Joanne’s Hannah Swensen was so liked that it got made into 5 Hallmark movies. She has also written many other books under pen-names, such as John Fischer, RJ Fischer, Jo Gibson, and so on.  Her plot twists have been praised by Booklist, Library Journal, etc. If you are wondering who this red-head, baker-detective marries in the end, you will have to read Wedding Cake Murder—Nah, just kidding. You have come to the right place. Here we will reveal to you who Hannah Swensen ends up with. 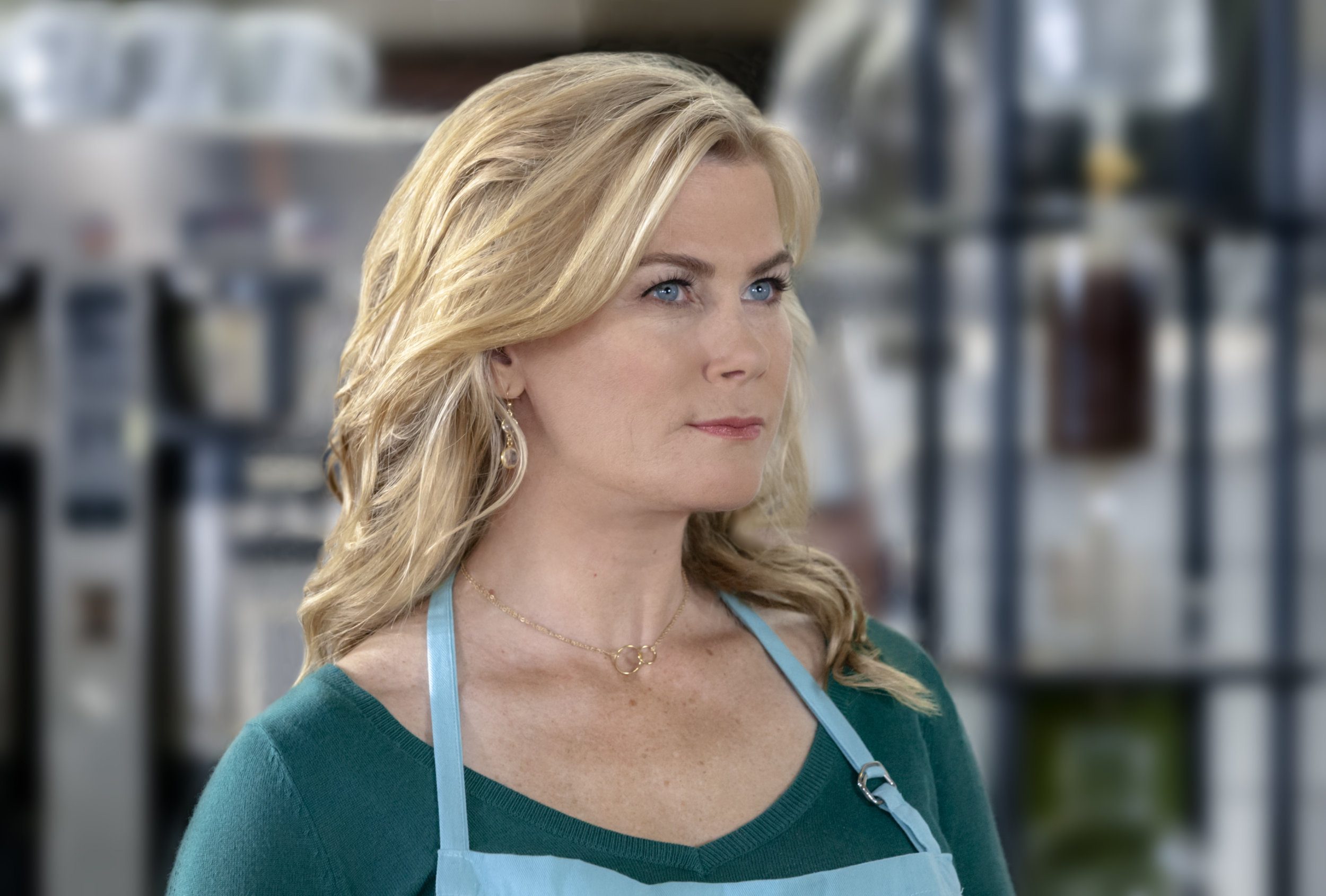 Also Read: Who Does Rachel End Up With In Glee?

Since it is impossible to cover 28 books in one article, we will try to pique your interest by talking about the first book, and the book where she got married – and filling you in all about her love interests in between. Hannah Swensen is also known for comebacks as much as she is known for her baking. The first book begins with the murder of the most punctual delivery man she’d worked with, Ron LaSalle. Afraid that it might give her bakery a bad repute she takes matters in her own hands and decides to track down the killer. She finds out her major suspects: the football coach of the high school, Max Turner, the owner of the Cozy Cow Dairy, and many more. 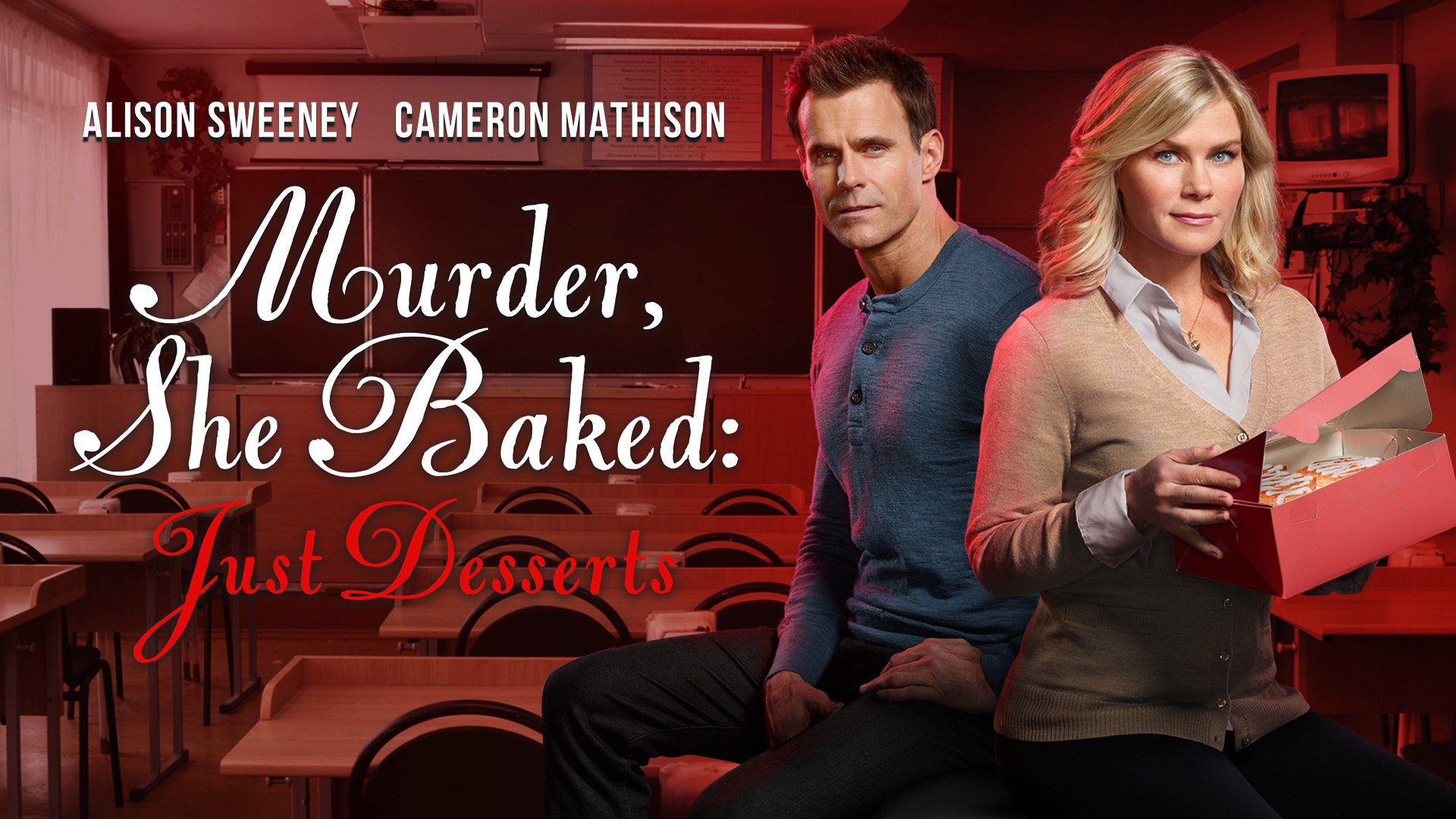 Hannah Swensen: Who Does She End Up With?

Hannah’s mother is always on the bandwagon as to how she’s not married yet. This causes Hannah to not get along with her mother. Hannah also has an older sister, Andrea, and a younger sister, Michelle. As Hannah’s mother is obsessed with getting her man, she sets up a date with Norman Rhodes – the town dentist. After their first date, Hannah feels she cannot even be amiable with Norman. But they worked on a lot of cases together, and after the time they spend together, Hannah realizes she likes him. She feels safe with him. They have a similar sense of humor and like the same things. Norman also doesn’t make her feel inferior. 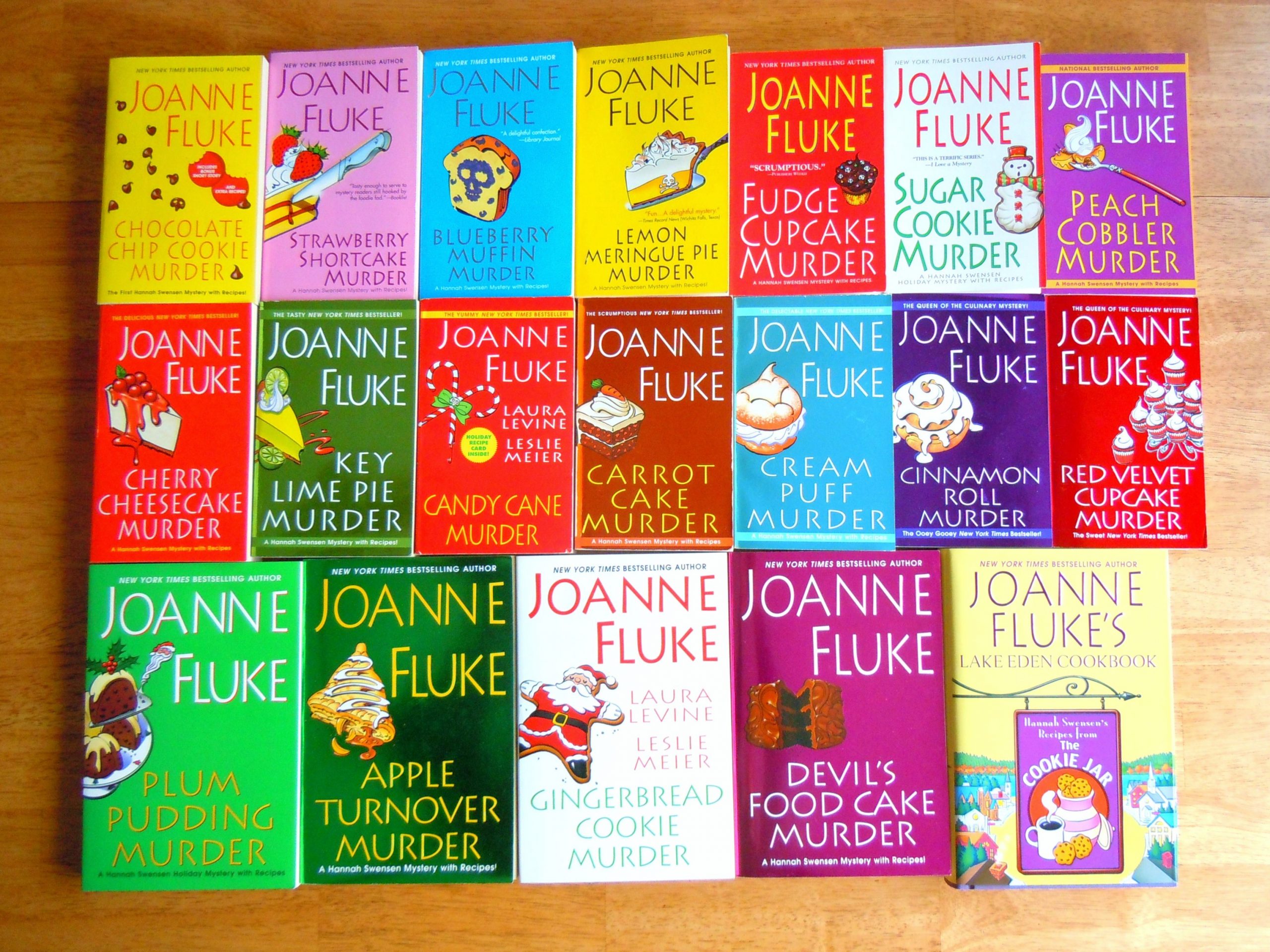 And then there’s Mike Kingston: a detective. Although he is handsome, she never really got along with him because they fought all the time. He didn’t want a commoner to put her nose in strictly police business. But as time passes, he takes assistant from him. Even though she argues all the time, she finds his company and attention enjoyable. With him, she feels adrenaline rushing through her veins, and they share the same passion for solving crimes. Most of all, they are comfortable with calling each other out when the other is being an idiot. 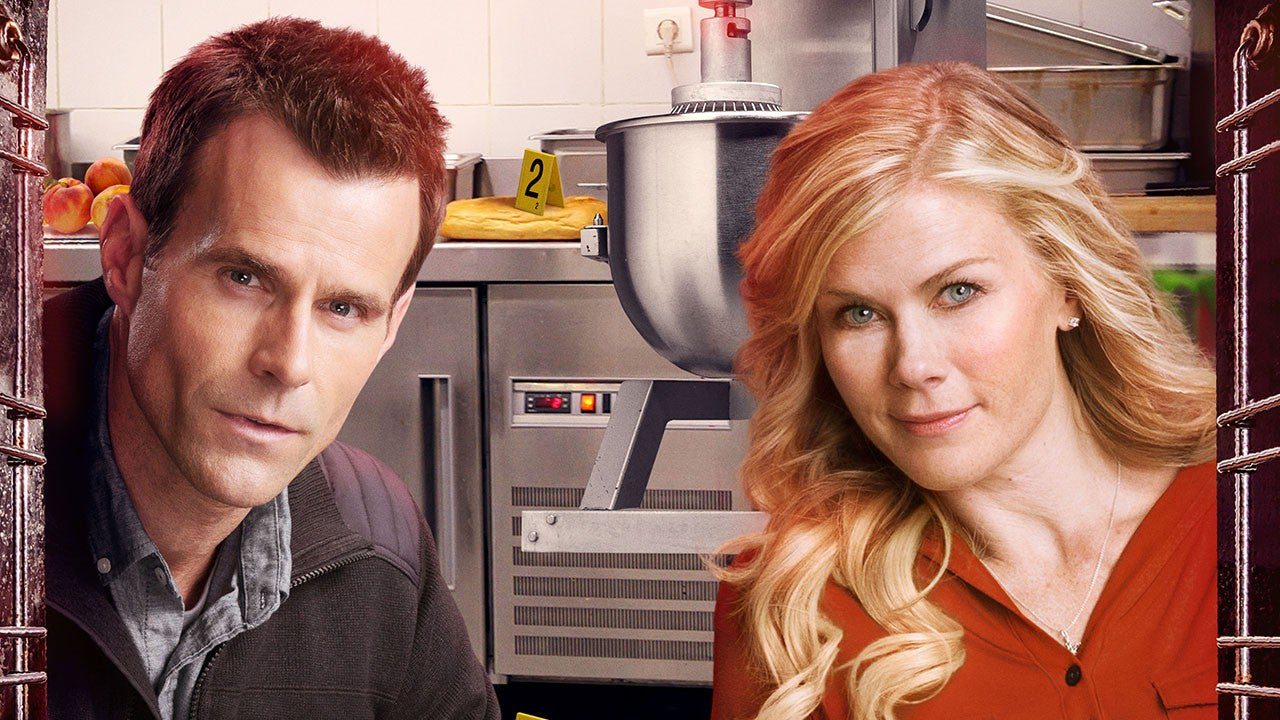 Also Read: Who Does Sofia End Up in Control Z?

Ross Barton and Hannah Swensen End Up Together?

She dates the two men throughout the series. Norman and Mike both propose Hannah in the 7th book, Peach Cobbler Murder, but she gave both of them the same answer: she’s not ready, and she needs more time. But more than ten books later, she’s still dating both of them. Many fans disliked this and claimed that she needed to choose and fast. The love triangle got boring after the first book or so. But to the surprise of everybody, Hannah ends up choosing neither of them. She gets married to Ross Barton – her crush back from college. Many readers felt that Ross and Hannah had zero chemistry. But apparently, in the 24th book, it is found that Ross Barton was already married! And Ross left some money and a key behind, and he threatens Hannah. So that’s it for them.

Then Who Does Hannah Swensen End Up With?

After Barton is out of the way, Hannah goes about running her business and solving crimes. The love triangle continues from thereon. The readers become more and more frustrated at the characters, claiming they have become extremes of their previous characters and that the book itself has deteriorated to what it was before. Norman and Hannah seem to be closer – they have a fight over who is nicer. But there are no snappy-but-interesting arguments between Hannah and Mike in the 27th Book: Triple Chocolate Cheesecake Murder. Also, the plots were now shorter as compared to Hannah’s recipes. The 28th book, Caramel Pecan Roll Murder, is set to release in 2022. So as of now, we are as clueless as we were before Ross Barton: Who Will Hannah Swensen choose? Perhaps only Johanna Fluke knows. 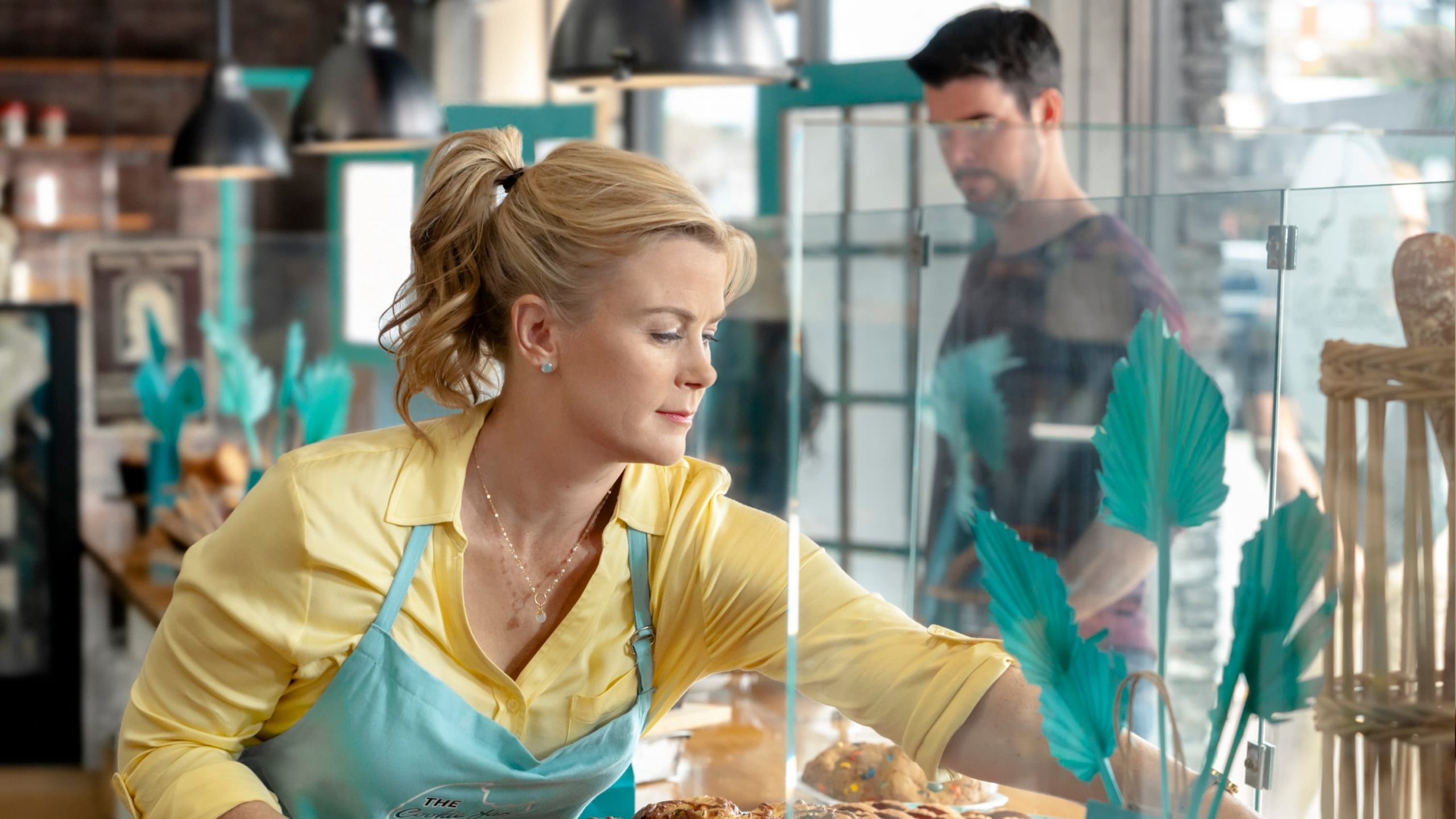 A Still From Sweet Revenge: A Hannah Swensen Mystery (2021)

Also Read: Who Does Aelin Ashryver Galathynius End Up With?