Who Does Haley Dunphy End Up With In The ‘Modern Family’? 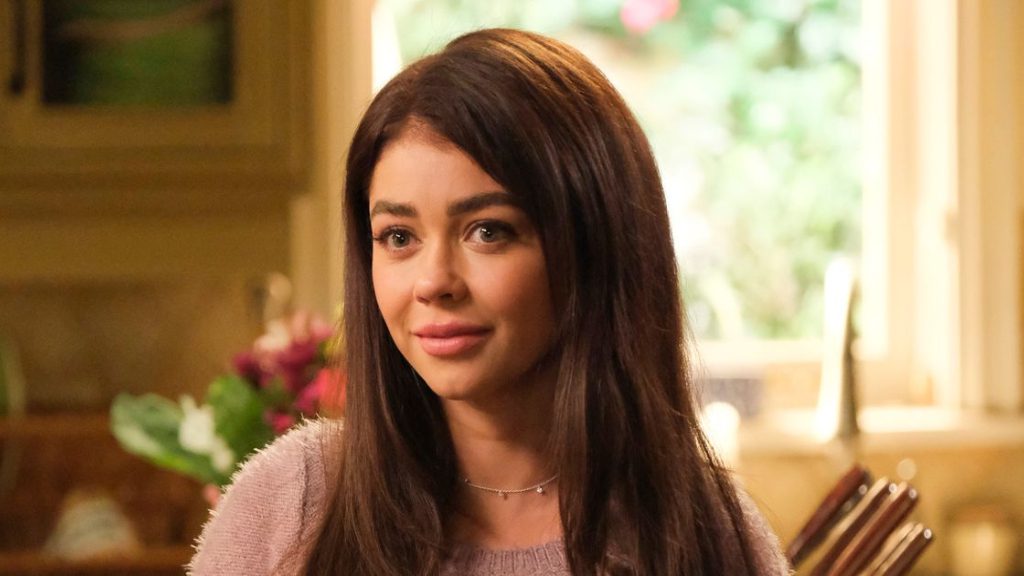 Who Does Haley Dunphy End Up With In The ‘Modern Family’? The mockumentary family sitcom began airing on September 23, 2009. The show ran for around eleven seasons and 250 episodes, which are around 20-24 minutes each. Whereas the American TV series came to an end on April 8, 2020. Fans came along with some excellent characters on this journey of three different types of families, which hooked them to this show. If you too want to follow this beautiful series, then you can watch the sitcom on ABC and Disney+ Hotstar.

Since the first episode, we fell in love with the characters of this series. We, as fans, witnessed so many magnificent characters in this show who developed with each passing episode. Among these characters, everyone fell for Haley Dunphy. She was a beautiful teenage girl in the first season, who was carefree and loved to wear fashionable clothes. However, as the seasons passed, we witnessed this carefree fashionista teen growing into a mature woman. We even see her take responsibility for her actions and thinking about her future. Therefore, every Modern Family fan fell in love with her character, and there is no doubt Sarah Hyland did a phenomenal job in playing Haley. So, fans are eager to know with whom Haley Dunphy will end up? There are quite a lot of speculations about this topic. So we will discuss with whom Haley Dunphy will end up in this article.

What is the plot of Modern Family?

The plot revolves around three families who are interrelated because being the descendants of Jay Pritchett, who remarried a younger Latin woman named Gloria, who was close to his daughter’s age. Jay had two children with her ex-wife, a son Mitchell Pritchett and a daughter Claire Dunphy. Jay’s daughter is married to Phil Dunphy, with whom she has three kids, and the couple wants to have an open and honest relationship with their kids. However, their elder daughter Haley is a carefree fashionista teen who is eager to grow up. After Haley, they have another daughter Alexa, who is too smart. Thus, she ends up being a hurdle for herself. Finally, Phil and Claire have a flamboyant son, Luke Dunphy.

Meanwhile, Mitchell, Jay’s son, is a successful lawyer, and he is also gay. Therefore, Mitchell tied the knot with a man, Cameron Tucker, and the couple adopted a Vietnamese girl, Lily Tucker-Pritchett. The American gay couple further adopts a son at the end of the series and name him Rexford Tucker-Pritchett. Further, Mitchell and Claire’s father, the patriarch Jay, is also raising his second wife Gloria’s son, Manny Delgado, from her previous marriage.

Thus we see throughout the series the ups and downs in a nuclear, blended, and same-sex family. How they face countless challenges and overcomes them, how the family dynamics of these three families evolve over the time span of eleven seasons of Modern Family.

Who will Haley Dunphy end up with?

Jaley Dunphy ends up with Dylan. As we witnessed in the series, Haley is a carefree, rebellious, and irresponsible girl who loves to party and get drunk. Therefore, as a teenager, she used to sneak out of the house for parties, and further, she drank underage. She has also been very slow at understanding and, therefore, has been a topic of mockery for her family. However, this led to Haley growing into a mature woman. She becomes responsible and thinks about her actions as she grows older.

Haley was also a popular teen during her school days. Because of her carefree nature and stylish dressing, she has attracted a lot of attention. Thus, throughout the eleven seasons, we witness Haley having many love interests. However, Dylan Marshall and Andy Bailey stand out from the rest. Dylan is Haley’s first boyfriend, but the two have been on and off throughout the series. During the break-up periods with Dylan, Haley dated many other boys, among which are Andy, whom Haley began dating in season 7. However, the relationship was filled with drama and came to an end in Season 8.

In Season 9, Haley dated Dr. Arvin Freeman. However, in that season, she also encounters her ex-boyfriends, Dylan and Andy, in the hospital. But Haley kisses Dylan Marshall and rekindles their old flame. In the tenth season, we witness Haley Dunphy end with Dylan, and further, they both get married later on in that season. Further, Dylan and Haley also welcome two twins, a son George Marshall and a daughter Poppy Marshall.

Who Does Casey Gardner End Up With In The ‘Atypical’?