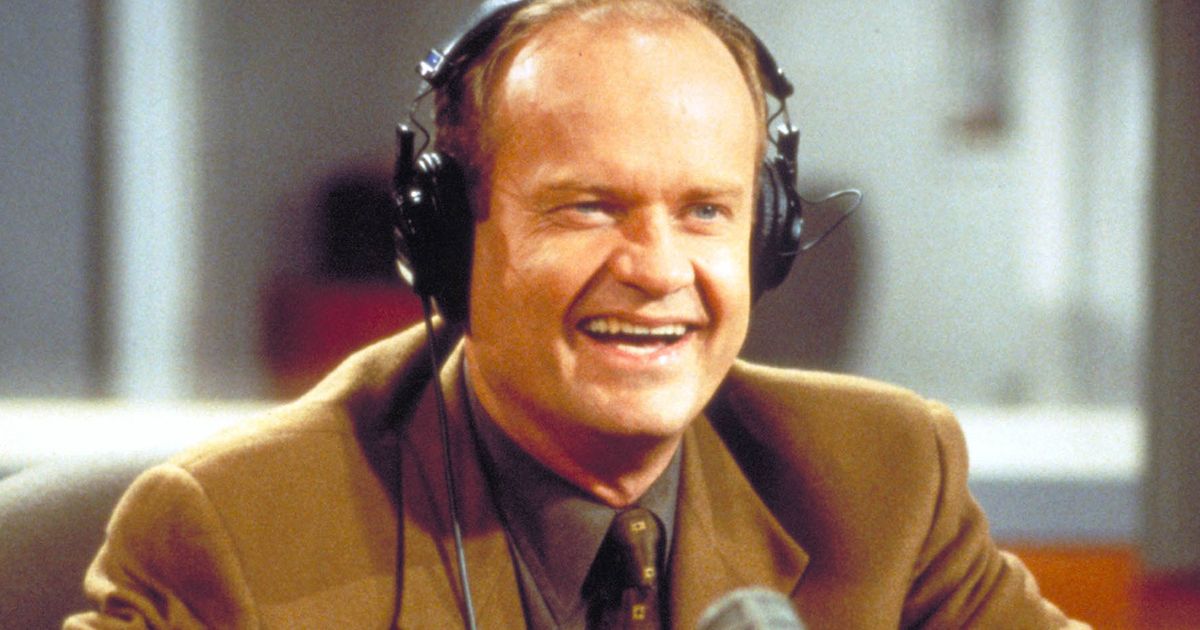 Today’s generation might never understand the popularity of the 80s show named Cheers. Cheers is an American TV series that spanned over a decade with more than 11 seasons. When the show ended in 1993, it had already crossed over 275 episodes, each of 30 minutes. The show was co-produced by Charles/Burrows Prods with Paramount Network Television. The premise of the show is based inside a bar located in Manhattan called “Cheers.” It’s the meeting point of many locals when they need to relax and socialize while drinking. The show became popular for its catchphrase: Where everybody knows your name. Although the main character is Sam Malone, here we will discuss the fate of Frasier, another character and who he did end up with at the end of the show, etc.

Other characters were Carla and Diane, who were both waitresses in the show. Then there was Coach Ernie Pantuso, the second bartender, and regular visitors Cliff Clavin, Frasier Crane, and Norm Peterson. Woody Boyd would replace Coach after three seasons. There are other lead characters who come later in the show, such as Rebecca Howe and Lilith Sternin. It is shocking that the show, which went on for more than 10 years, was almost canceled after its very first season! But slowly it rose to the top, becoming a top ten rated show, and even earning the number 1 position during its 9th season. It was in NBC’s “Must See” TV Series lineup and boasts 117 nominations and 28 Primetime Emmy Awards. Cheers were subsequently followed by a spin-off Frasier with 11 episodes. 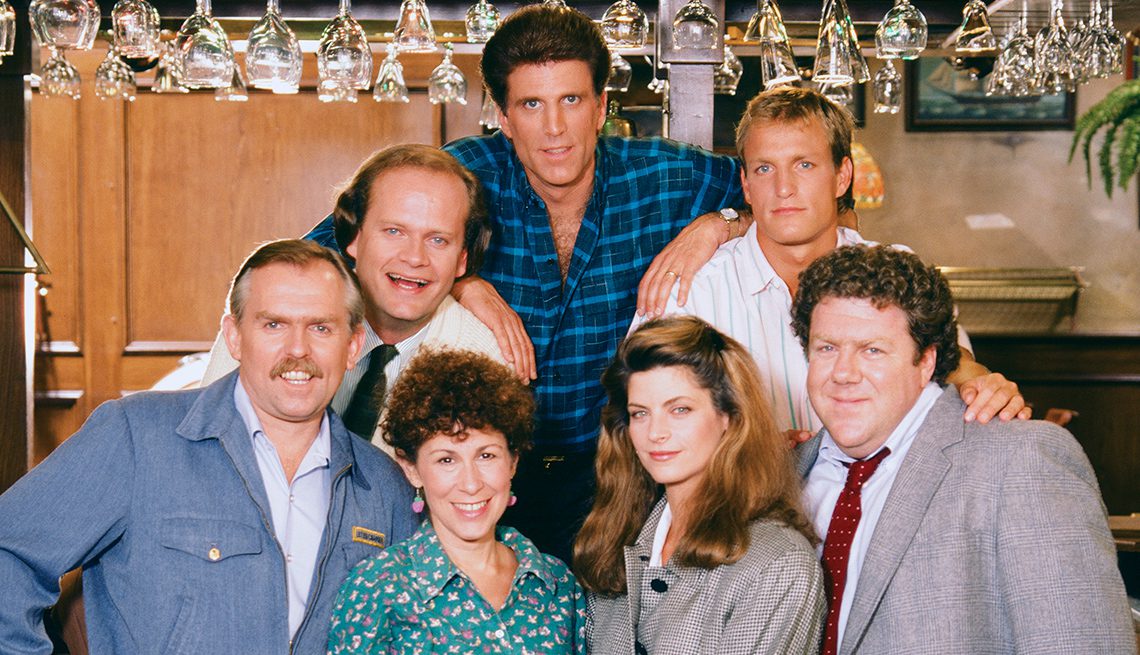 The Cast of Cheers (Credits: NBC/Getty)

Also Read: Who Does Hannah Swensen End Up With?

Frasier Crane: Who Did Frasier End Up With in the show Cheers?

Dr. Frasier Crane debuted sort of late in the show, around the third season. He was introduced solely as Diane Chamber’s new boyfriend after her break-up with Sam. In the beginning, Crane was to last just for a few episodes, but due to Kelsey Grammer’s excellent performance, his screentime increased. In fact, the character was so well-received that after Cheers ended, he got his own spin-off entitled Frasier. It is impossible to name all the characters linked with Frasier since he starred in all seasons of the spin-off (11) and 8 seasons of the show, Cheers. It is estimated that he had relationships with like 57 women. So here are the most important ones, including the person Frasier did end up with:

Frasier was Diane’s ideal type when he came to the show. Ideal type as in he suited Diane’s needs both intellectually and romantically. Frasier was also Sam’s rival in the Diane-Sam-Frasier love triangle that ensued. Frasier was supposed to have only a few episodes because Diane would ultimately leave him. He remains Diane’s fiance throughout the third season, and they were also supposed to have a wedding in Italy, but Diane leaves him at the altar. As a result, he grows very depressed and turns towards alcohol. Sam and Diane try to help him, but Frasier finds out about their so-called plan. This angers him, and he turns away from both Sam and Diane. He decides to start practicing psychiatry again. 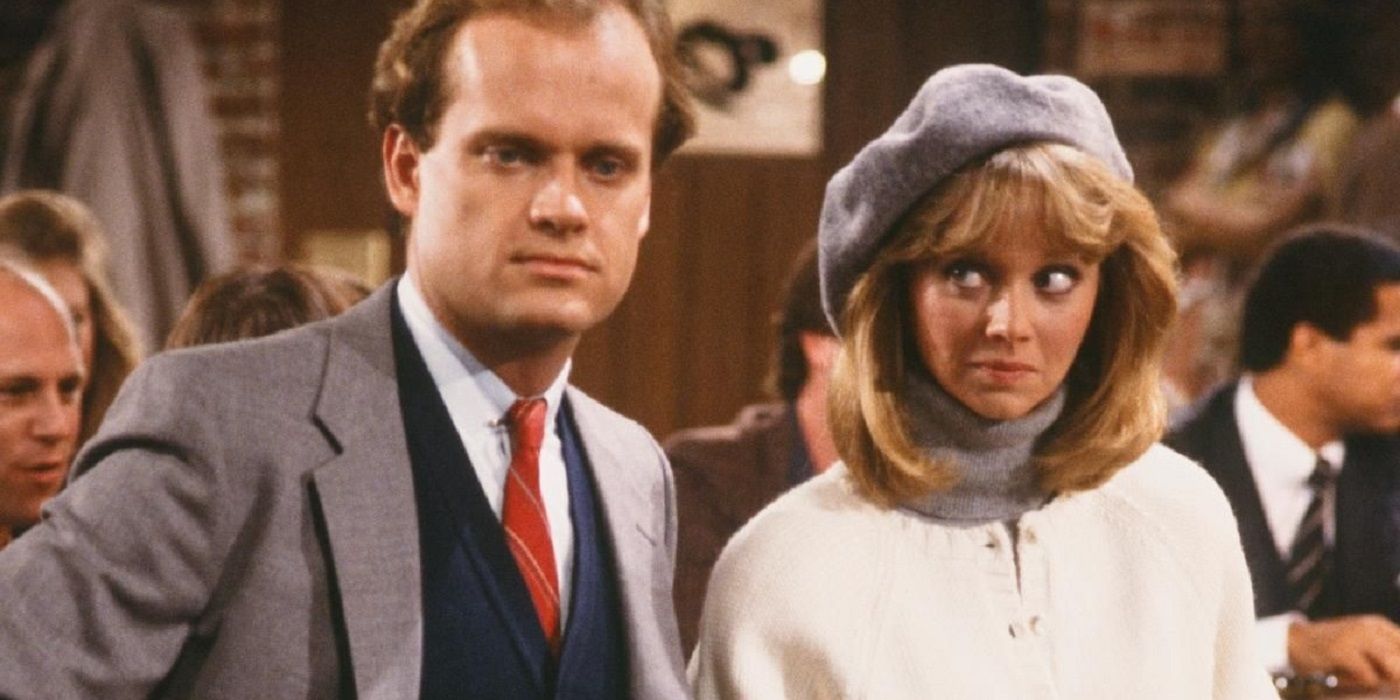 Also Read: Who Does Ino End Up With? Ino And Sai Relationship Explained

Although he had come for a small time, Frasier’s character soon becomes permanent. His role adds comedy and sass to the show. As a result, in order to expand his character, Lilith Sternin is introduced as his new love interest. They go on a first date in the fifth season. Even though their first date doesn’t go well, they soon feel attracted to each other. They live together for over a year before marrying around the 7th season. They have a son, Frederick, by the 8th season and also remarry again in the 1992 episode of Smotherly Love to please Lilith’s mother.

In the episode One Hugs, the Other Doesn’t it is revealed that Frasier had another marriage prior to Lilith. It was to a children’s entertainer, Nanette Guzman. Nanette is invited to perform on Frederick’s second birthday. When Nanette sings a song about Frasier, Lilith attacks her.  And soon, in another episode of the same season, it is revealed that Lilith has been cheating with another man! This brings an end to their marriage, with a saddened and distressed Frasier going to sleep with Rebecca Howe. 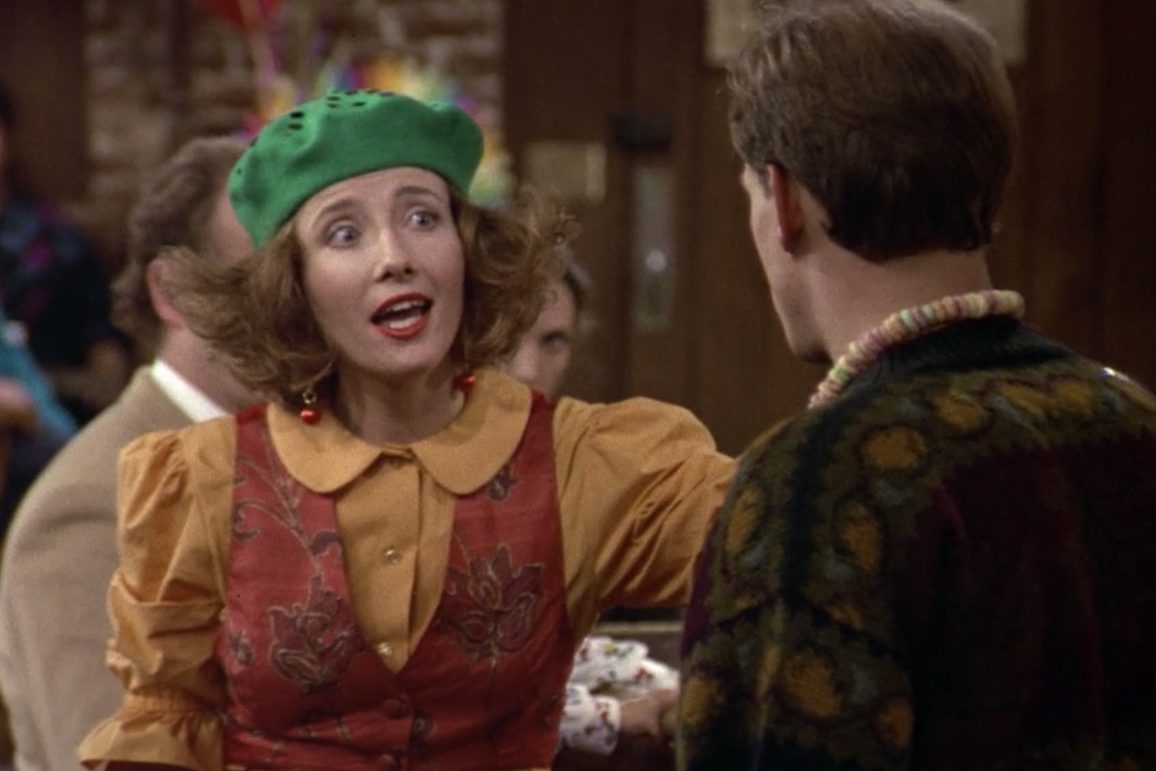 Pascal, the man Lilith was sleeping with, turns out to have tons of mental problems, so Lilith abandons him and returns back to Cheers. Pascal follows her and threatens to shoot Frasier if she doesn’t come back to him. When Lilith demands that he shoot her first, he calms down and surrenders to the police. After the fiasco, Frasier is still unsure about allowing Lilith to come back into his life, but her pathetic sobbing wins him over. The show ends, never revealing what happens to them, but the spin-off comes to the rescue.

Also Read: Haikyuu: Who Does Kageyama End Up With?

Frasier Crane: Who Did Frasier End Up With in the spin-off?

Cheers came to an end in 1993. The creators weren’t planning on a spin-off, but they wanted Kelsey Grammer to star in a millionaire kind of role. However, the idea was scrapped, and the idea of the spin-off took precedence. Frasier was now out of Boston and was a slightly different more character: someone more uptight, scornful, and proud. With the start of the spin-off, it is revealed that Lilith and Frasier have, after all, divorced, with Lilith having Frederick’s custody. Furthermore, Frasier has returned to his hometown of Seattle because his life and career both taking a depressive turn. He is looking forward to reconciling with his estranged family. 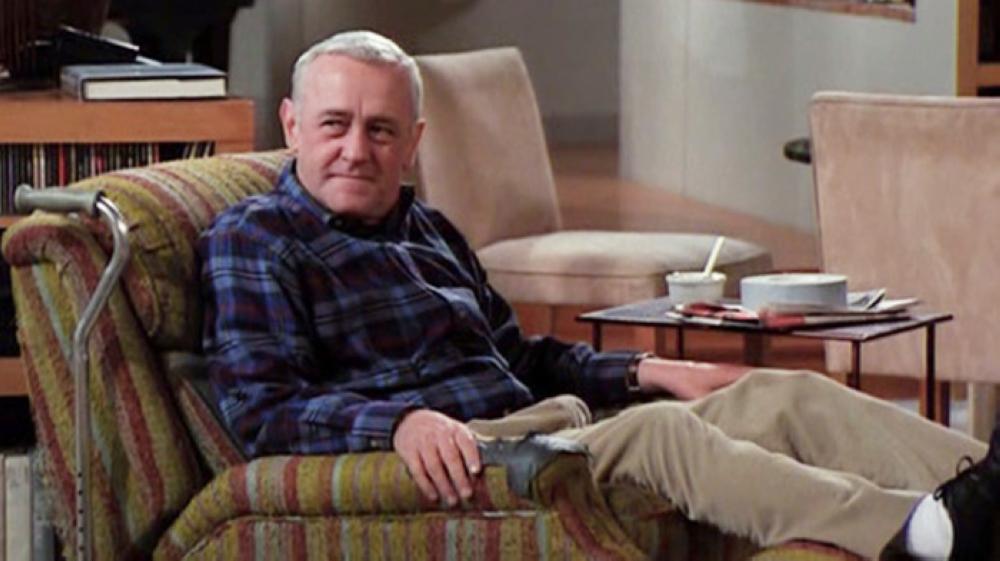 The spin-off show itself went on for another 11 seasons, and in the 2nd season only, Lilith surprises Frasier. She dials the radio show, and they meet up. They decide to remain friends and co-parent their son, Frasier. Later, Lilith gets engaged to a man named Brian. In the 6th season, Lilith and her husband are divorced, and it is felt as though the two might restart their relationship, but it doesn’t happen. 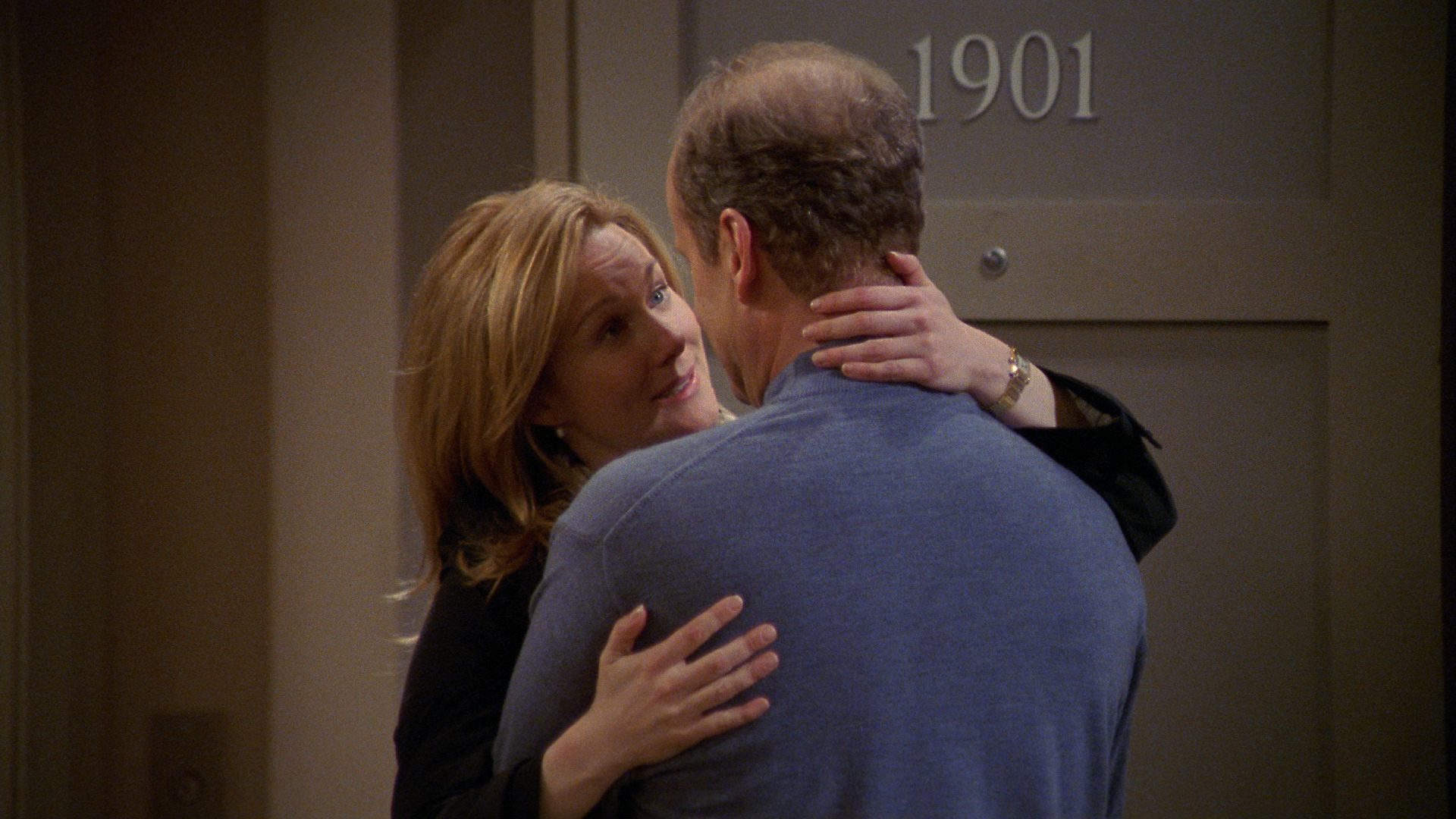 Frasier with Charlotte in the last episode of the entire show (Credits: NBC)

In the last season of the spinoff, Nanette tries to rekindle her relationship with Frasier but fails. Frasier is also in a short-term relationship with Charlotte Connor, but when she moves to Chicago, the relationship ends abruptly. However, at the very ending scene of the show, Frasier is seen to have boarded a plane to Chicago, implying he is going to end up with Charlotte at the end. But there are many fan theories that Frasier might end up with Lilith in the end.

Also Read: Who Does Archie End Up With In Riverdale?