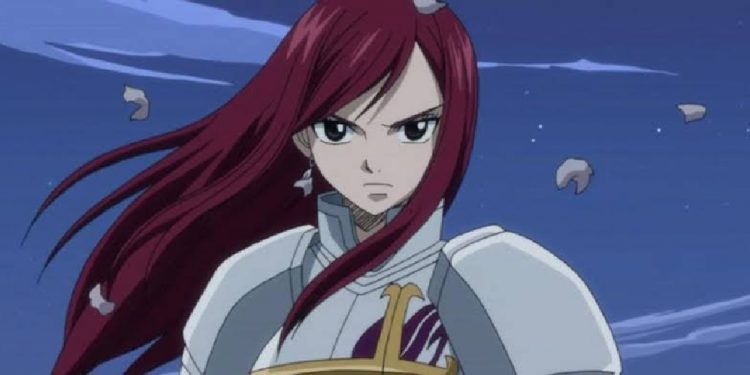 Who Does Erza End Up With Fairy Tail

Since the year 2009, there have been many connections in Fairy Tail that fans have been dying to see, while others have just happened on Fanon. If there’s one thing, Fairy Tail does better than most Shounen anime is its human relationships. Very few anime characters have characters that are so closely intertwined that they always tug at the heart when the crew encounters some formidable foe. This opens it up to many ships, both cannon and Fanon. Not all of them get the same screen time as the two main characters, but the series is always good about giving its cast a moment in the sun. Who does Erza end up with in Fairy Tail?

Fairy Tail was originally created by Hiro Mashima for Kodansha’s Weekly Shonen Magazine, which ran from the year 2006 to 2017 and sold over 60 million copies. This series was set in a fantasy world filled with magic. The series follows Natsu Dragneel, a fire-breathing wizard with dragon powers who searches for his missing adoptive father, the dragon Igneel. While he and his wizarding guild, Fairy Tail, are getting into adventures, Natsu always tries to find a way to succeed. The series was then later adapted into anime by A-1 Pictures, Dentsu Inc., and Satelight in the year 2009 and completed its first run in the year 2013. The second season ran from the year 2014 to 2016, and the third season brought the anime to its official conclusion.

Who Does Erza End Up With Fairy Tail?

Who does Erza end up with Fairy Tail? So, in Fairy Tail, none of the couples ever officially get together, at least not at this stage in the series. Mavis and Zeref in Fairy Tail Zero, we believe, were the first legitimate ones. Throughout the series, we do see glimpses of all of the partnerships. Erza and Jellal spend a lot of time together, including the legendary fiancee scene. The OVAs also contain a lot of scenes with the two of them together.  The relationship isn’t canon in general, but there are plenty of scenes in Fairy Tail that make up for it. It’s also possible that their connection develops further in unreleased episodes; however, this is doubtful given that Fairy Tail has come to an end.

Do Erza Have Feeling For Jellal?

While Zeref and Mavis have the most tragic relationship, Jellal and Erza have the most complex relationship. They were childhood buddies who were both held captive at the Tower of Heaven. There, the connection became so strong that even Jellal’s attempt to murder her (due to Ultear’s influence) couldn’t shatter Erza’s love for him.

Both reveal gentler sides around one another, which is impressive for someone like Erza, who is usually the guild’s harshest disciplinarian. They’re constantly there for each other, with Erza assisting Jellal in dealing with his wish to die as a result of his actions while under Ultear’s influence. They may be the best-written ship in the series, despite being complex at times.

There are some shonen series that explore the world of ships when it comes to romance. Hiro Mashima, the creator of Fairy Tail, is one of the series’ creators that wanted to address love in the series, with certain partnerships being more obvious than others. Mashima is now promoting one of these couples on social media, and people adore the artwork. Mashima aroused followers’ interest on Twitter by posting another piece of artwork inspired on Fairy Tail. Fans of the Jerza romance are gushing over the sketch, which depicts Jellal and Erza in an embrace. The only thing Mashima has left to do now finally makes this relationship canon.

Mashima has teased the existence of countless relationships that have not to be realized for years. While Levy and Gajeel have gotten together, Lucy and Natsu have yet to express their love. Natsu may have beaten Juvia and Gray to the punch, but the pink-haired hero isn’t alone. Erza and Jellal are still separated due to several obstacles; therefore, this artwork is a great present for fans. Fans may see Erza in workout clothes consisting of a breast wrap and hip-hugging trousers to the left. Erza’s easy expression can be seen through her hair, which is tied in a knot, and she is joined by Jellal. In this sketch, the blue-haired wizard appears anxious, yet his tight grip on Erza is enough to make fangirls squeal.