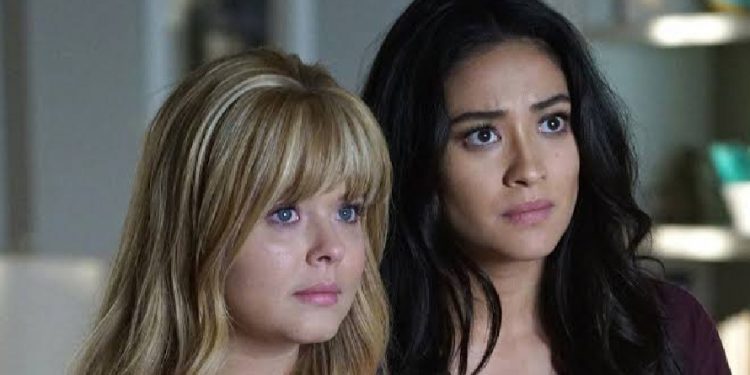 PLL came to a satisfactory conclusion after seven seasons of intrigue and mystery. That isn’t to say that every character had a happy ending. When Pretty Little Liars ended after seven seasons in June 2017, there was a lot of speculation about how the stories would be resolved. Fans had put so much time into these characters and the mystery, and the two-part series finale held a lot of weight. Although viewers were pleased with the show’s direction, not everyone received the joyful conclusion they deserved. However, we will be discussing “Who Does Emily End Up With In PLL?” here.

Some of the most shippable couples on television were from Pretty Little Liars. Yes, they were all packed with drama, and some of it bordered on the bizarre; remember how Ezra began dating Aria when she was under the age of 18, or how Toby slept with Alex Drake instead of Spencer? Nonetheless, we continue to ship — especially when it comes to Emison and the pair that took the longest to get together. We’ve now learned that things have changed for Alison and Emily after what seemed to be like a happily ever after in the series finale. What you should know is as follows.

Although it appears that Emily Fields (Shay Mitchell) and Alison DiLaurentis (Sasha Pieterse) have a happy ending because they are finally together and raising Ali’s twins, fans learn some sad news in the PLL spin-off The Perfectionists: it turns out that the two aren’t getting along and may even break up. Emily deserved so much more. She’s a bright, ambitious young woman who deserved a happy personal and professional life by the end of the show, but that didn’t happen.

Emily and Alison are seen happily with their twin daughters, Grace, and Lily, in the PLL series finale. A.D. is no longer with them, and they have a happy life and work together at Rosewood High. What could possibly go wrong? Apparently, quite a bit. Alison has migrated to Beacon Heights to work at the university a few years later, as seen in the Pretty Little Liars: The Perfectionists pilot. Emily and the ladies have returned to Rosewood. Alison signs divorce papers and takes off her ring a few episodes later.

How did Emily and Alison get together?

Emily and Alison’s relationship began in an unusual way. Before she vanished, Alison “used” Emily’s crush on her back to influence her buddy. Oh no, that’s not good. But Emily, who was always the most upbeat and sincere of the group, held out hope and confidence for Alison long after the rest of the Liars had given up.

When Alison returns, she and Emily hook up, but their relationship doesn’t go any further until Season 7. Alison and Emily get closer once the latter discovers she is pregnant with the former’s child. They become a couple and exchange “I love yous” before getting engaged in the series finale.

Could Alison and Emily get back together?

There’s good news and bad news if what you’ve read so far has shattered your heart. The good news is that they might end up together, according to the creator I. Marlene King. “I don’t think it’s the destiny of the story, and I don’t think Emisstorygoing to be the endgame,” she explained. “But it’s only fair to Alison that she gets to go on a journey in this world and see where she ends up.”

On the downside, it appears that she will most likely find a new love interest before that happens. “It was the perfect thing to do, and I realize it’s hard for certain fans,” King realizes “However, I hope they open their minds and hearts to go on this journey with Alison, knowing that they may end up living happily ever after, or she may discover someone even more beloved by fans than Emily.”

Will Shay Mitchell be Seen on Pretty Little Liars: The Perfectionists?

Mitchell isn’t on The Perfectionists, as King stated, and there don’t appear to be any quick plans to bring her on. Never say never, though. Despite her busy schedule, the actress has always been a fan of the spin-off series. Hopefully, they’ll be able to schedule Emily’s return to Alison’s life, even if it’s only for an episode.

Kenneth Branagh’s Affair: Who Is The English Actor Dating Now?