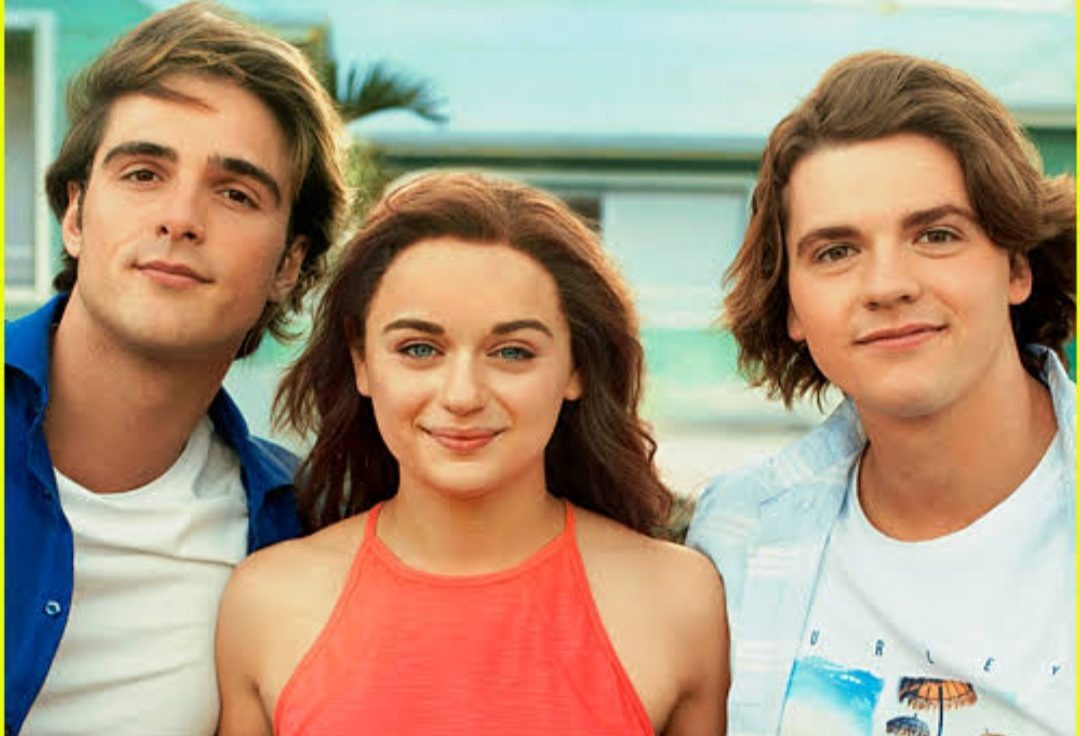 Ellen Evans is the leading lady of the Kissing Booth franchise. The epic saga finally closes on 11 August 2021, and now unlike me, all want to know who does Elle Evans ends up with. The Netflix series Kissing Booth was released back in 2018, and ever since, we are following the journey of Elle Evans, her best friend Lee, and her boyfriend, Noah. The story follows a teenage girl, Elle’s romance, struggles, drama, choices, career, and everything from which the teenagers went through. Elle and Lee are best friends who are busy enjoying their high school life. Everything was going very smoothly but suddenly things become more complicated as Elle started falling for Lee’s brother Noah. The first and second installments of the series weren’t easy for her, as she struggles to keep up with the brothers and her life.

Fortunately, the third installment had something great for her, and she finally started dating Noah and Lee to gets his girlfriend. But then her conflicts start. She was confused to go Harvard with her boyfriend Noah or with her BFF Lee to study in Berkeley. She spends her entire summer deciding what to do. It’s a tough decision for her and what she decided is I think you all wanna know. Today in the article, we will talk about Elle Evans and Who does she end up with in the show Kissing Booth.

Kissing Booth is an American teen rom-com movie released back in 2018. The trilogy was directed by Vince Marcello, was based on a book by the same name. It starred Joey King, who portrayed the character of Elle Evans, the main lead of the series. Joel Courtney had played the character of Elle’s childhood friend Lee Flynn. The character of Noah Flynn, Elle’s Boyfriend and Lee’s brother was played by Jacob Elordi. The film was largely panned by critics and even dubbed by commercial success due to it being widely viewed by subscribers. The second installment was released in 2020, and the third was released on 11 August 2021.

The trilogy is a story of two childhood friends Lee and Elle, who opens a kissing Booth. Thereafter Elle falls for his brother Noah. Towards the end of the second season, Elle was confused about choosing the college for herself. Even after going for a road trip, Elle was still confused about whether to go to Harvard or Berkeley. What she decides and with whom she ends is the plot of the third installment. 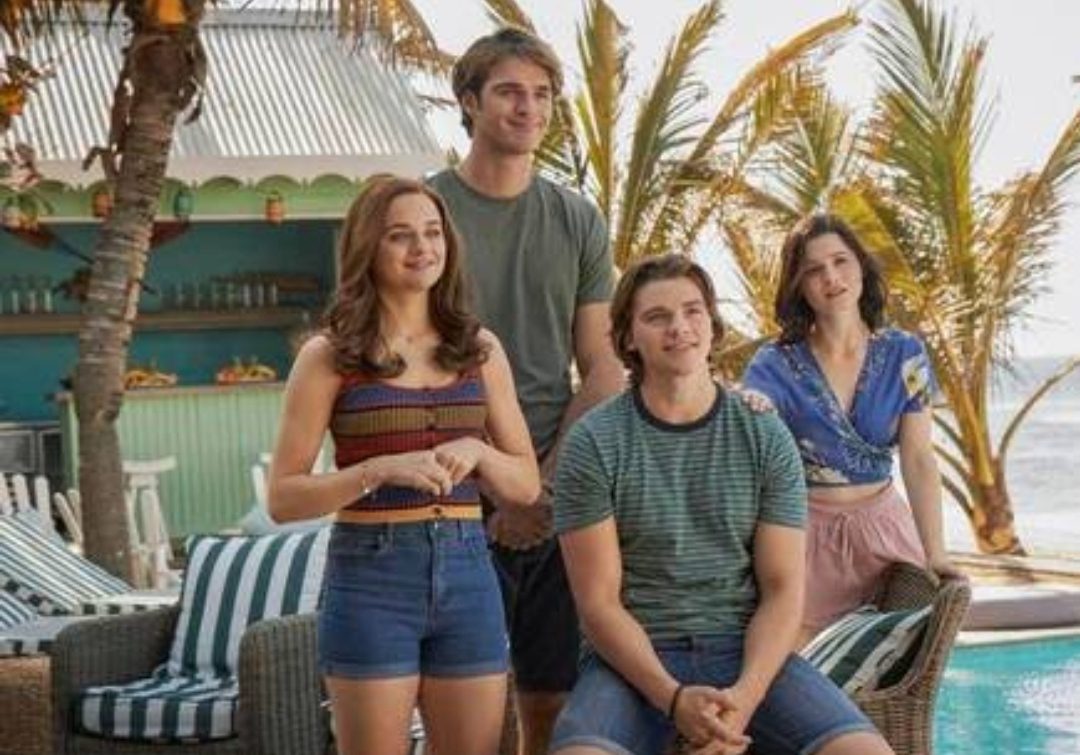 Elle with her BFF Lee and Boyfriend Noah, still from kissing Booth season 3

Also Read: Kissing Booth 4: Everything We Know So Far

Who does Elle Evans End Up With?

Ever since the series started in 2018, the girl Ellen had always been confused between two things. The first was very obvious, and she struggles to choose the college Berkeley or Harvard. The second dilemma was to find out who she loves the more, her BFF or her boyfriend. She was confused to choose one among the Flynn brothers, Noah or Lee. Noah and Elle looked so beautiful together, and they love each other, so it’s quite obvious we assume that they would end up together. But no, my friends, it’s not in her case. Neither she ended up with Noah nor Lee. Surprisingly, she ended up with herself.

Noah broke her heart and went to Harvard. Rather than following him, she did what is best for her. After her breakup with Noah, one might expect her to end up with Lee, but no, she doesn’t. Elle aces her USC interview and pursues a career in video game design. Although Noah and Elle had a breakup in the show, they catch up after six years. Noah started working at a law firm, and Elle works in a private company. Meanwhile, Lee is engaged to his girlfriend Rachel, Noah and Elle are still single, hopes are high, may the duo start dating again. 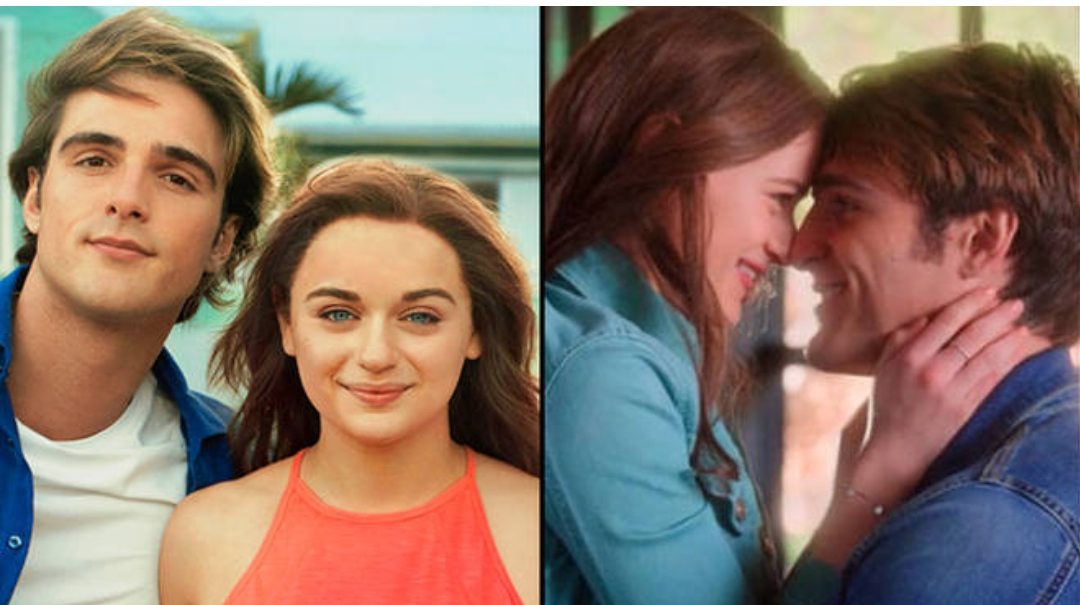