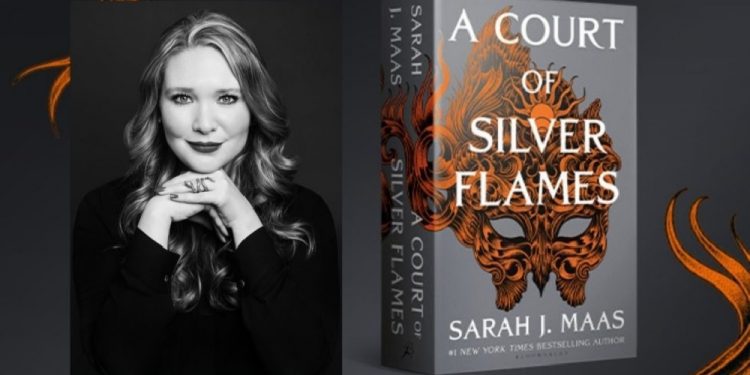 A Court Of Silver Flames

A Court of Silver Flames is a popular and the first spin-off book of the “A Court of Thorns and Roses,” which is a series by Sarah J. Maas. The series takes place after the events of “A Court of Frost and Starlight” and is told from Nesta and Cassian’s point of view. It was released on February 16, 2021. People are curious to know who does Elaine end up with in ‘A Court Of Silver Flames’? A Court Of Silver Flames took Sarah J Maas’s bestselling book “A Court of Thorns and Roses” to the next level, introducing darker, more uncomfortable emotional themes and deeply revealing sex.

The result is a more complex exploration of the characters from one of the series’ most thorny and difficult characters, Nesta Archeron, and a smaller fantasy adventure than some of the series’ previous attempts. It’s also a novel that feels fully formed, the whole story in and of itself. Of course, it brings new villains to Rhys, Feyre, and the Night’s Court and other threats of war they may or may not win. But while these things all feel like they naturally carry over to the untitled sixth book in the series, there’s nothing to suggest that the next novel will feature Nesta as the main character.

The most obvious choice for a character in the middle of the next book seems to be Elaine. She is the least knowledgeable Archeron sister and the one with perhaps the most unanswered questions about her history. She seemed to get used to being a high Fae quicker than Nesta, of course, but Elaine had a few problems along the way. Elaine is a fortune teller, but we don’t understand her powers or what they mean. She’s very close to shadow singer Azriel but is paired with Lucien, the sort of naturally heartbreaking backdrop that lends itself to a good and perhaps tragic romance. Since “Rhys and Feyre” and “Nesta and Cassian” are a couple who also make romantic choices, we’ve never seen what happens when you’re with someone you don’t like.

Lucien’s involvement in Elaine’s story would also be a natural way to bring Tamlin and Spring Court back into focus. She still loves Graysen, so she doesn’t pay much attention to Lucien, even though he is her partner, but gradually he begins to notice his presence. At the end of the book, Elaine asks Lucien if he is okay when she sees Lucien covered in blood and gore after the fight. She also asked her to stay in night court, which she agreed to. Therefore, Elaine ends up with Lucien in A Court Of Silver Flames.

Which Relationship Does Elaine Have With Nesta Archeron?

Elaine has a good relationship with her sister Nesta and is closer to her than Feyre. Nesta was too suspicious of Elaine and worried about her sanity before being declared a proclaimed seer. It goes without noticing that Nesta has a soft spot for Elaine – she can even argue with Nesta and persuade her to do things that no one else can.

What Kind Of Relationship Does Elaine Have With Feyre Archeron?

Elaine is kind to her sister and grateful for looking after her family through difficult times. In A Court of Mist and Fury, Elaine greeted Feyte and her friends at home despite knowing they were Fae.

Elaine was born into an upscale family devoted to commercial businesses, consisting of a father, mother, and two sisters: the eldest Nesta and the younger Feyre. Like every woman in high society, she learned to read and write with her sister Nesta. One day her mother fell ill with typhus and died, which destroyed the family. And, the situation gets even worse when his father does the wrong business, goes into debt, and is brutally beaten by the people he owed, leaving him permanently disabled with an injured leg. When they ran out of money to cover expenses and lost their house, they had to move to a poor village, where they put all the responsibility on Feyre’s shoulders, even though Feyre was the youngest.

What Does ‘Abow’ Mean On TikTok?