Who does Dr. Manning end up with in Chicago Med? 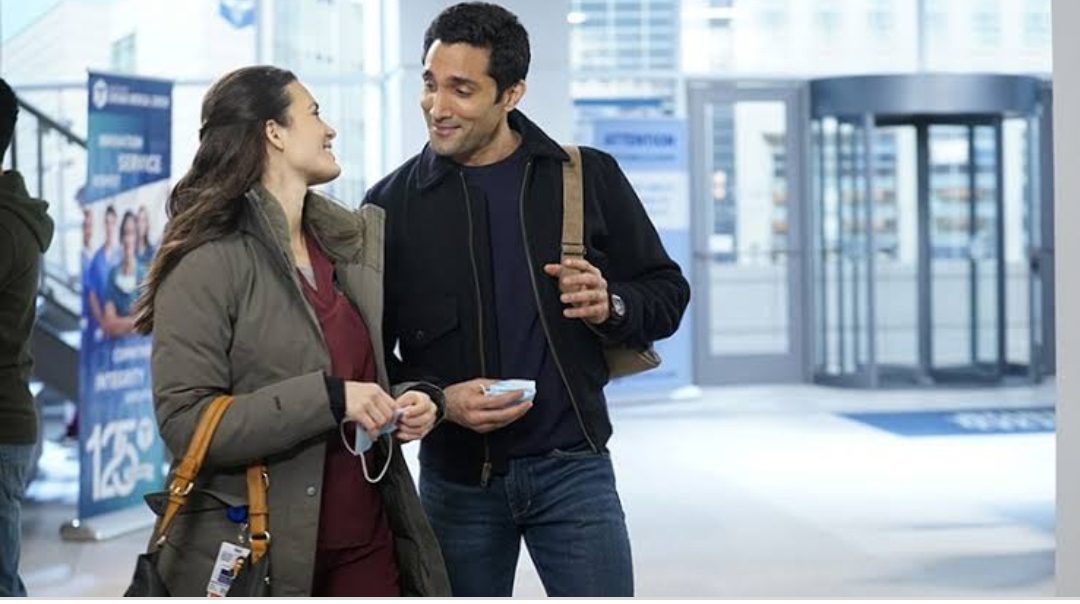 Who does Dr. Manning end up with, in Chicago Med? Throughout the long-term, the  Chicago franchise has solidified itself in the heart of the people all over the world. Made by Dick Wolf and Matt Olmstead, the American clinical show initially debuted on NBC back in 2015. The series focuses on the emergency department of Gaffney Chicago Medical center and its doctors and nurse’s personal and interpersonal lives. Dr. Will Halstead is an attending in ED and is accompanied by Dr. Natalie Manning. The series revolves around their on and off relationships. The series consists of 6 seasons, and the seventh season is scheduled to premiere on 22 September 2021.

The last season of the show continues to explore Natalie’s relationship with Crockett, who is a doctor, because, in season 4, Will and Natalie had a breakup. All the Manstead (Dr. Manning and Will Halsted) fans want to know, is it over for Will and Natalie’s relationship? Or will they get back together? And this is what we are going to talk about in this article. In the article, we will first talk about Chicago Med, its plot, and its summary. Thereafter we will discuss who Dr. Manning ends up with, is it Dr. Crockett or Dr. Will Halstead?

As mentioned above, Chicago Med is a medical drama television series that premiered on the NBC network. It’s an emotional thrill ride starring Torrey DeVitto, who played the role of Dr. Natalie Manning, and Nick Gehlfuss, who played the character of Dr. Will Halstead. Apart from these two, the cast of Chicago Med includes Dominic Rains as Dr. Crockett Marcel and YaYa Da Costa as ED nurse April Sexton.

Season 5 of Chicago Med marked a landmark moment for Dr. Manning and Crockett. The series captures a rare moment of intimacy between them. The latest sixth season of the series was premiered on 11 November 2020, and the finale episode was released on May 26, 2021.  In the season 6 premiere, the entire staff adjusts themselves to the new normal and has a hearty dose of both health and personal life. It’s as entertaining as all the other seasons of the series.

Who does Dr. Manning end up with?

Throughout the Chicago Med series, Dr. Manning’s relationship status was very perplexed. Natalie, who lost her husband, went through a lot of mental trauma in the series. She was also pregnant and gives birth to a baby boy, Owen. In season 1, Natalie and Dr. Will works together with most of the patients, and as a result, they are very close. He told her clearly about his feelings, but she was not ready to move on, so they left it as just good friends. In season 2, she enters into a relationship with Jeff Clark, but things started falling apart as Jeff stood up for her and she felt humiliated. Later, she told him they weren’t right together, so they remained friends.

Natalie then forms a friendship with Jay Halstead, Will’s brother, who was also a detective and often visits the hospital if it is discovered crime has been committed. However, they remain friends, even though Jay likes her. Dr. Manning and Will soon come closer, and during the fourth season, Will and Dr. Manning got engaged, but unfortunately, they broke up. The couple, who almost made it to the altar, have viewers still hoping for their reunion. In season 5, Dr manning started setting her sights on Dr. Crockett, meanwhile,  Will was involved with Dr. Hannah Asher. Some fans are excited and love this relationship, while others are totally against it.

In season 6, we can see Natalie tries to patch up things with Dr. Will, leading her to make a final decision where she confesses the truth to Goodwill that she stole the drug. Moreover, she begs her to reinstate Will, who gets fired for giving Natalie’s mom the pills. Well, the series ends up with suspense.

What Will Happen To Andrew Cuomo Now: What we Know So Far

Michael Phelps Net Worth: Is He the Richest Olympian of 2021?