Who Does Colton End Up With: What Happened Between Him And Cassie?

All about the messy aftermath after Colton Underwood and Cassie Randolph’s split. 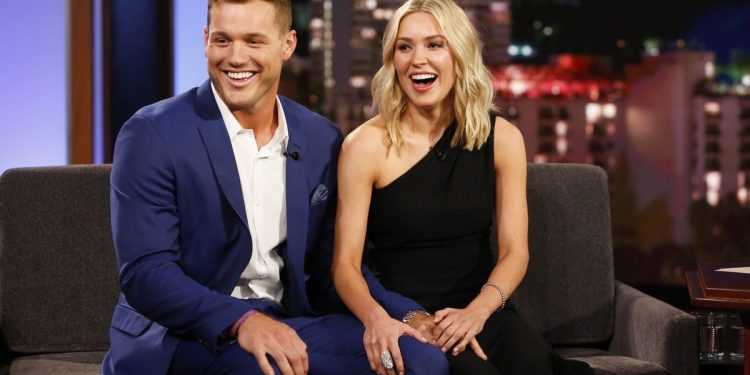 Who Does Colton End Up With?

Do you know who does Bachelor alum Colton End Up With? Colton Underwood gained immense popularity after being one being a part Of The Bachelor franchise. From bagging his own Netflix documentary to inspiring thousands with his coming out story, Colton Underwood made headlines time and again. However, his personal life has surely been a tumultuous one with too many ups and downs with former partner Cassie Randolph.

The two were pretty much inseparable from the moment they met at the season 23 premiere of The Bachelor. However, the pair parted ways for reasons that surely took media tabloids by storm. Things became so messy afterwards that Cassie had to issue a restraining order against Colton. While the Bachelor alum has come out as gay, his former relationship with Cassie has taken a rather complicated turn which is yet to be resolved. Let us take a look at all the lesser-known details about who does Colton End Up With.

Who Does Colton End Up With?

Sadly enough, Colton does not end up with Cassie Randolph. The Bachelor alum is currently dating Jordan C. Brown. During the season 23 finale, Colton surely did end up with Cassie. Not only that, but he also announced that he will be moving to Los Angeles to live closer to Cassie. From their trip to Thailand to meeting the family, the pair was going strong with every step, not to forget how Colton admitted how crazy he was about Cassie!

While viewers saw some tension between the two after Cassie’s father did not quite open up to the whole idea of Colton and Cassie being together. Even Cassie was a bit confused while having all kinds of mixed feelings. It was in March 2019 that Cassie was seen wearing a jacket that had Future Mrs written on it. Fans were pretty much convinced that the two are all set to walk down the aisle. However, fate had other plans!

Colton And Cassie: The Messy Split And More

However, fans were soon in for a high shock after the two called it quits in May 2020. Fans could not fathom the fact that one of the strongest couples of The Bachelor is parting ways. Cassie issued a statement saying how they have immense respect for each other and will always have each other’s back. You can know about the former relationship and how Colton came out of it in the newest Netflix documentary.

thank you Michael for sharing your story & being a trailblazer. i had the honor of sitting with you (someone I respect and admire) to hear your story. Michael, you are an important part of American history, and you forever changed the game for the better. pic.twitter.com/OniIZ3d0LM

Contrary to what seemed to be an amicable split, there was messy aftermath after the split. Colton stated that they decided to deal with the split privately, Cassie soon clapped back at her former partner, accusing him of using the breakup as a profit-making medium for his book, The First Time. Several The Bachelor alums have backlashed Colton after he made a few claims about them. He stated that no one from the franchise came forward after him coming out publicly.

The Bachelor fans received a huge surprise after Colton Underwood came out publicly as gay. The television star admitted that it was an extremely difficult and confusing time for him. He further added that the fact that he loved Cassie so much made this coming out all the more difficult for him. Both Colton Underwood and Cassie Randolph are in a much better place now and have put the past behind them.

Moreover, Colton is dating someone else while has recently bagged a Netflix deal. He is featuring in the new Netflix documentary titled Coming Out Colton. He apologized to his former flame for the legal mess and everything in between. Colton admitted that the restraining order was almost like a wake-up call for him. He even wanted his former partner to be a part of the Netflix documentary, Cassie, however, declined the offer. It has been further reported that Randolph is not quite thrilled with her name being dragged into the messy aftermath. It seems like she is not interested in reliving those times again on public platforms yet again.

Also Read: Who Did Vinny End Up With In The Double Shot At Love?