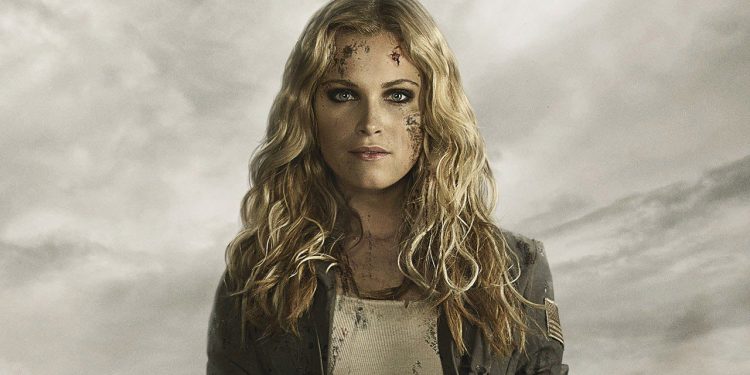 The 100 dropped its first episode on March 19th, 2014, on The CW network, and it soon became popular. As more and more people tuned in to watch the post-apocalyptic science fiction drama, the 100 started amassing a good fanbase. Based on the young adult novel series of the same name by Kass Morgan, The 100 is known for its twists and turns that have a knack for keeping its viewers on the edge of their seats. In every season finale, the show does something in which viewers feel like everyone is going to die and there’s no coming back from it. But sure enough, they always manage to survive and pull back. In the show, we meet Clarke, who is paired up with several characters, but who does she end up with?

The last series ended on September 30th, 2020. The season finale ended without anything left abstract. However, the ending was not well received, and avid fans of the show believe that the characters deserved better than what they got. Fans were not satisfied with the ending and believed that it could have been better.

Also Read: Why did Taylor Swift and Taylor Lautner break up?

The story begins 97 seven years after an apocalyptic event leaves Earth uninhabitable, and the human race now lives in a space station known as the Ark. Resources begin to deplete on the Ark, and the Council decides to send juvenile prisoners to Earth to see if it is inhabitable again. So, a group of teenagers is sent to Earth on a recon mission. The group includes Clarke Griffin, played by Eliza Taylor, who is the daughter of an important citizen of the Ark, Dr. Abby Griffin, played by Paige Turco.

Other members of the group include Bellamy Blake and Octavia Blake, played by Bob Morley and Marie Avgeropoulos, who are brother and sister. Bellamy is mainly on the ship, which brings the teenagers to Earth to protect his sister. According to the Ark’s laws, a couple is only allowed to have one child. This law is broken by Bellamy’s parents when they have Octavia, and they are severely punished for it. Clarke and Bellamy eventually become the leaders of the group and sacrifice a lot throughout the show in order for them to survive.

Clarke has three major romantic relationships on the show. Her first relationship was with Finn Collins, played by Thomas McDonell, another one of the members of the group sent to Earth. The two begin their relationship shortly after being on Earth. But their relationship becomes complicated when she learns that he has a girlfriend named Raven, played by Lindsey Morgan. Finn’s relationships with Clarke and Raven both eventually end. Although Clarke and Finn never stop loving each other, their relationship comes to its ultimate end when Lexa, the Commander of the Grounders, sentences him to death by 1000 cuts for killing a number of her people. He is later mercifully killed by Clarke to prevent him from having a slow and painful death.

Clarke’s second relationship was with Lexa, played by Alycia Debnam-Carey, the Commander of the Grounders. The pair begin their relationship when they agree for peace between the Grounder and the Sky Crew. Their shared struggles to lead a large number of people who bring them closer together. Their relationship is a complicated one, no doubt, as they have to keep their people in check to maintain peace while navigating their relationship. They fall deeply in love with each other. This happens more so because both of them have lost their partners before as well. The relationship meets its demise when Lexa’s Flamekeeper, Titus, shoots her by accident in an attempt to kill Clarke. Lexa eventually dies from her wound. Fans believe that Lexa was Clarke’s greatest love. In the series finale, the Judge took on Lexa’s form to talk to Clarke. This further confirms that theory.

Clarke’s third and most short-lived relationship was with Niylah, played by Jessica Harmon, a Grounder who ran a trading post with her father. During the course of seasons 3 and 4, the couple sleeps together twice, but they do not pursue a romantic relationship. They reunite in season 5 after not seeing each other for six years. However, at this point, they have both moved on but still care for each other.

Even though Clarke and Bellamy were never in a romantic relationship on the show, it is worth mentioning that they were the most shipped couple on the show. Most fans of the show wanted Clarke and Bellamy to be endgame. Especially the fans of the novels because they end up together in the books. On the show, however, they were best friends, and although they loved each other deeply, it was completely platonic. The decision to keep them platonic on the show was a well thought out one as Clarke’s relationships with women, especially Lexa, were very compelling and significantly impacted the LGBTQ+ community. It was a positive depiction and was embraced by many.

Who does Clarke end up with?

The series finale made a lot of fans unhappy as they believed the characters, especially Clarke, deserved better than what they got. The series ends with the human race transcending to a place without any pain and where they would live forever. Clarke, however, has not transcended because of all the sins she had to commit in order for her and her people to survive. It is then shown that Clarke is back on Earth with Picasso, the dog who she thinks is her only companion. She is then visited by the Judge, in the form of Lexa, who tells her that her friends came back to be with her, so she’s not alone. It is explained that they can never procreate, and they will eventually die and never transcend. So, in the end, Clarke does not end up with anyone romantically. She instead ends up back on Earth with her friends.

Also Read: Who Does Jo Wilson End Up With in Grey’s Anatomy?

Kenway Family In Assassin’s Creed Franchise: Everything To Know About Them