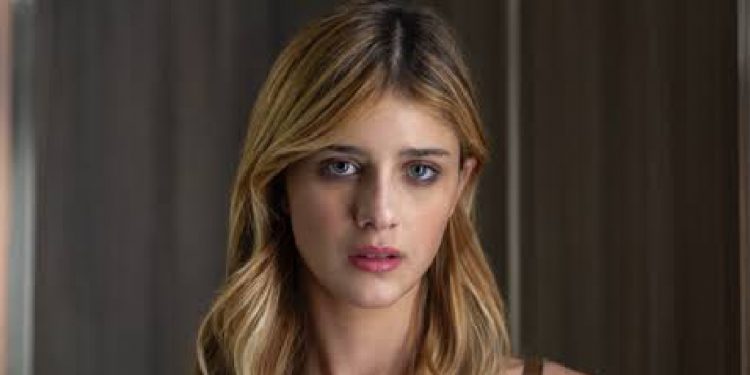 Baby is a television drama based on the true story of underage prostitution in Rome. Baby is a popular Netflix original Italian teen drama web series. Nowadays, the show’s fans are eager to conclude from the show’s finale that Who Does Chiara End Up With In Baby? We, the Otakukart team, have brought you a dedicated article for this, which will discuss all your queries. The popular show follows a group of high school students who decide to launch their own prostitution ring.

The movie Baby is based on a real-life dispute that took place in Rome in 2014. The first season of the show “Baby” premiered in December 2018 and was renewed for a second season in 2019. On September 16, 2020, Netflix released the third and final season of Baby. Benedetta Porcaroli and Alice Pagani played the key parts in the show. Read this article to know what happened at the end of Baby’s third season and who does Chiara end up with In baby?

Who Does Chiara End Up With In’ Baby’?

Ludo’s (Alice Pagani) arrest kicks off the third season finale of Baby. Chiara (Benedetta Porcaroli) is devastated by the imprisonment of her friend and has no idea how to help her. Chiara’s mother eventually persuades her to ignore Ludo and go on with her life. Chiara’s ex-boyfriend, on the other hand, claims that Ludo was only arrested when Chiara’s mother spoke against her. This enrages Chiara, who resolves to save Ludo by any means necessary.

Chiara then takes to social media to reveal that she is, in fact, Emma (who was the temporary name she used when she was a prostitute). The authorities arrest Chiara and her partner, Damiano Younes, following her online confession. Fiore, who was Chiara’s pimp, also gets arrested by the cops. Fiore alleges that he was exploited by the three kids while in court. Natalia offers to be a witness for the teenagers just as they think they’re going to lose their court case. This aids the minors in winning the case, and Fiore is found guilty of prostitution. The entire series is mainly based on the real-life Rome scandal of Baby Squillo. So we can conclude that Chiara ended up with Damiano Younes in Baby.

How was the Baby Season 3 Finale?

While the last season was dull and repetitive, it provided unique insight, a compelling tale of acts and consequences, and flawless acting from the cast. The music and cinematography are outstanding, as we’ve already started, and this season should not have been the final one. However, we must confess that each character and the storyline as a whole had come to a natural conclusion, and it felt as if we were following the tragically loyal relationship of two young ladies coming into their own, rather than the scandalous life of two best friends.

Is Chiara’s Character Of Baby Based On A Real Person?

Chiara is a mysterious young lady. That much is as clear as the sky from the very first scene when Chiara wakes up just next to her best friend’s brother, with whom she is having an affair. After she and her companion, Ludovica (Alice Pagani), become embroiled in a teenage prostitution ring, her secrets become more serious and potentially devastating throughout the course of the episode.

The events of Baby are based on true occurrences. The “baby squillo” incident, which involved roughly 50 men, including government officials, knowingly paying for sex with a 14-year-old girl (named Agnese in the press) and a 15-year-old girl (termed Angela) in Rome’s upscale Paroli district, captivated Italian media in 2013. While prostitution is allowed in Italy, paying for sex with a minor is not.

Why Did Porcaroli Chose To Portray This Character?

Porcaroli discovered that she could relate to Chiara and Chiara’s luxurious surroundings while reading the script. Chiara was born and raised in the same Rome neighborhood where She did. Thanks to a character who is utterly different from her, and she was able to convey a narrative about a universe and a social setting that are both familiar to her. Baby tries to make the escort service for the girls into a form of empowerment. Ludo never sleeps with a client, but he can pay for school with the money made from a dull dentist’s dinner. Chiara sleeps with an apparently decent young man willingly, in fact, joyfully and gets a rush from it.

As a result, Porcaroli portrays Chiara’s voyage as a coming-of-age narrative, a story of a young woman breaking free from oppressive convention. Chiara senses something inside her, compelling her to act and live in accordance with expectations. For her, the shift to maturity is the first time she has the freedom to be herself and live according to her natural instincts, even if that means making blunders. “Only through this process will she uncover her true personality,” Porcaroli said, adding that the “search for personal identity” is a necessary part of the process “is a fundamental element in the drama.

My Master Has No Tail Anime Announced! Visual Teaser Out, Air Date Scheduled for 2022!