Who Does Andy Bernard End Up With In The US Adaptation Of The Office? 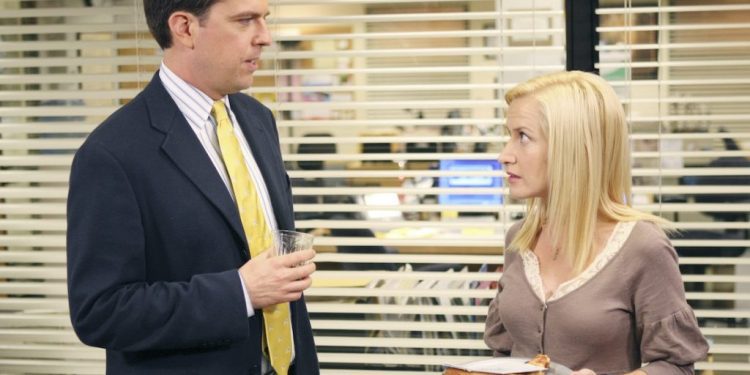 The iconic comedy series The Office made us laugh for years while enjoying nine seasons altogether. While the show faced mixed reviews when it was released on NBC back in 2005, the show went down as one of the most recent rib-ticklings series of all time. The show also gave us some beloved on-screen couples, including Jim and Pam.

Believe it or not, but the show was an American adaptation of an original British comedy carrying the same name. In the course of the story, Ed Helms stars in the series as Andy Bernard in season three. His character comes in after Jim is transferred to the Stamford branch. While his character had some issues at the beginning, he sure became a part of The Office soon enough. However, did he find love in the show just like a few of the lucky ones got? Who does Andy Bernard end up with in The Office?

Who Does Andy End Up In The Office?

Honestly, fans surely felt a bit bad for Andy and his messy love life. As we saw, he got engaged to the bittersweet accountant Angela Martin. However, she cheats on him with Dwight Schrute. After making this painstaking discovery, Andy calls off the engagement. Andy goes on to date the naive Erin Hannon, who was the receptionist. However, this relationship turned out to be a tumultuous one and did not last for long. Sadly enough, he did not end up with anyone in the show.

By the time the show ends, Andy does not end up with either of the two love interest. Not to forget how Andy had to endure an awkward situation when his ex-girlfriend Erin invites everyone to her new boyfriend’s apartment to watch Glee. Fans surely thought that Andy’s impulsive trip to the Caribbean was an unnecessary addition, and he could have taken Erin along.

Andy Bernard's guide to success in The Office… @edhelms pic.twitter.com/T7HdsTWbsR

Believe it or not but fans had this complicated theory about Andy’s character claiming that he had brain damage! One fan discussed this at length on Reddit, claiming that Andy Bernard’s character suffered from a medical condition. Not to forget a few of the impulsive and pointless decisions that Andy made on the show.

Also Read: Who does Erin Hannon end up with in The Office?