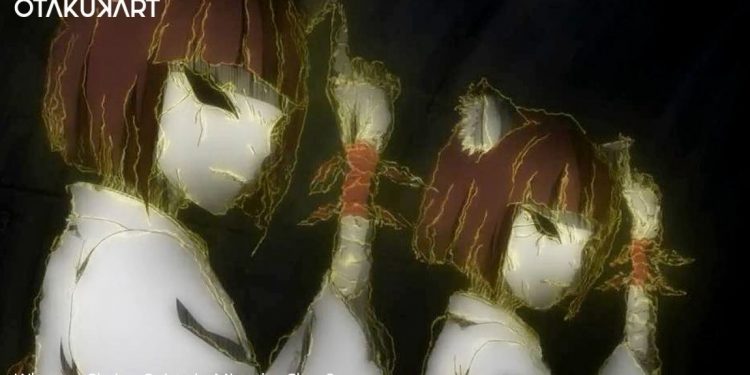 Who are Shrine Spirits in Mieruko Chan?

When it comes to highlighting the highest-grossing anime of the year 2021, Mieruko Chan is one of the first anime that pops into our minds after the Autumn anime season. The series has been ended recently, and it is everywhere on the internet with its ending getting explained. The conclusion of the plot includes an important role of Shrine Spirits, but who actually are these shrine spirits and what abilities they have that helped the series to conclude. Stick to the article till the very end to find out everything you need to know about the subject matter. Let’s start with the introduction of the series first.

Meiruko Chan, also goes by the name “The Girl Who Can See Them,” is a Japanese manga series drafted and illustrated by Tomoki Izumi. The manga was officially published by Kadokawa Shoten and debuted on 2nd November 2018, and is still ongoing. Till now, the manga series has been collected in 6 tankobon volumes. An anime series based on the manga was also released on 3rd October 2021 and has recently concluded on 19th December 2021. The complete anime series contains a total number of 12 episodes. Even though the whole anime series is the short one, it managed to gain a lot of fan following and remained as one of the best anime series of Autumn 2021.

As mentioned above, the Shrine spirits have relevance with the ending of the series, so make sure you read everything till the very end. Not only in the ending, but they also played a great role throughout the series. Shrine Spirits are identical pairs of spirits that are originated from the Shrines. After Miko Yotsuya – the protagonist of the series – signed a pact with them, the Shrine Spirits get obliged to protect her from other spirits who are aware of Miko’s ability to see them.  As for their appearance, since they are spirits, they have a ghostly appearance with an ominous aura. They both are identical and have short hair with foxy ears. Their facial features have not appeared prominently in the series. They have a vaguely feline nose, darkened slits for eyes, and a sharp-toothed mouth. These spirits are very short as they hardly reach Miko’s shoulder.

These Shrine Spirits are very obedient to those who pray at shrines and even help those who ask for help. However, they expect payment in order to provide assistance, as for Miko, to protect her from other spirits, they got their soul as payment. One of the most noticeable features about them is that they are very ruthless, generally aggressive towards their opponent, and attack instantly upon feeling the danger. Throughout the series, you will get to witness Shrine Spirits fighting against spirits that are twice even thrice of their size. Regardless of their short stature, they are very well capable of dismembering the biggest of the spirits. There most common attack is launching an invisible blast by facing their palms towards the opponent.

This pair of identical spirits are naturally aggressive and very fierce towards their opponent. However, according to their pact with Miko, they ought to protect her. For a normal person to have spirits around them feels something related to witchcraft. It sounds horrible, but Shrine Spirits pledged to protect her at any cost, even from the biggest of the danger. So, can they really harm her when we had witnessed them standing alongside Miko and her group when they were threatened by God of the Mountain?

In the recently aired last episode of Meiruko Chan, we witnessed something that is unexpected from the protective nature of Shrine Spirits. While the series was there to be concluded, Miko decided to visit the shrine and thank the pair of identical spirits for helping her and providing her with their assistance. However, those spirits didn’t seem very happy to see her and tried to eat her. The fear is getting real. The protectors themselves are trying to harm Miko. But fortunately, that wasn’t true. Miko woke up horrified by the scene in her nightmare and found herself lying in the room of her house. Hence, this concludes that Shrine Spirits never hurt her and protected Miko and even her friends many times.

Where to stream Mieruko Chan?

If you guys haven’t watched the series yet, then I would like to ask you people what are you doing here digesting the spoilers? Mieruko Chan has been a top-rated anime series of Autumn 2021, and I must say that was one of the good things that happened to us this year. This fact makes it available on almost every anime streaming website, as, for recommendations, you can find the whole series of Mieruko Chan on Crunchyroll and Muse Asia YouTube Channel.