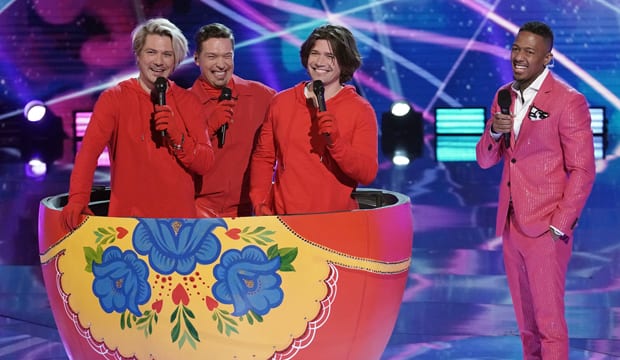 Hanson brothers as The Russian Dolls.

Who are the Russian Dolls on the Masked Singer? One thing the fans love about the reality singing show is the mystery. It is always exciting to guess who the singer is behind the mask. Even the judges, the host, and the panel is unaware of the people behind the masks. So, it is quite interesting when their identity is revealed on the show. The Russian Dolls on the show have unveiled thier faces, and some of you are right. Moreover, the majority of the judges also predicted and chose the right answer earlier. So, let’s find out more about the group of The Russian Dolls on The Masked Singer season 5.

People already predicted that the beautiful harmonies of The Russian Dolls belonged to a group of boys, hence, a boyband. And all the clues led to the group of three brothers. Jonas Brothers? No, Ken Jeong was wrong this time. It is the pop band – Hanson, consisting of three brothers.

The clues provided were very much related to the group. In the very first clue package, one of the Dolls says, “Mmm, those were the days.” It directly took our minds to their biggest hit, 1997’s “MMMbop.” There is also some reference to milk featured. This could’ve referred to the group’s 1997 Got Milk? ad.

The Russian Dolls On The Masked Singer Season 5

On Wednesday, people saw the mask getting off the Russian Dolls. And it was the Hanson brothers who were fooling us all along. It was the first time the show ever had a group as a contestant. Last year, a couple – Clint Black and Lisa Hartman admitted to the show. But, the Hanson brothers decided to be the firsts. Earlier, the judges got confused seeing the number of performers on stage.

Zac Hanson said that they loved the idea of playing a game with people on the stage. Thus, they begin with confusing people regarding how many of them are on the stage. Whenever the three could, they tried to play that game. The brothers knew that speculating was a major part of the show. 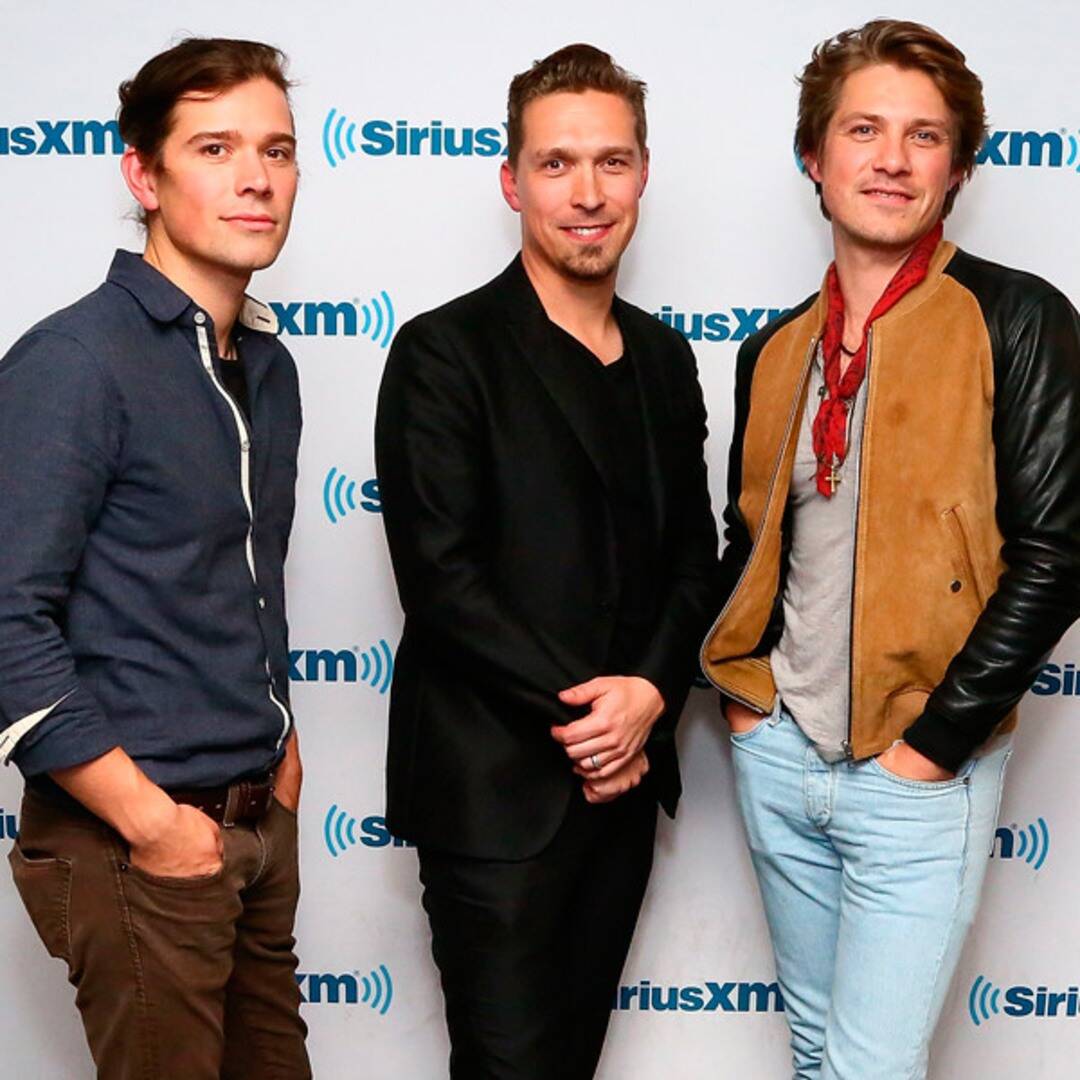 And the other part is the quality of the music and the performances. So, they did both of them as much as they could. The boys admitted that there were times when only two dolls were present on the stage. But, in reality, all the three were present there, with two brothers fit into one big doll. Sometimes, there were four dolls on the stage. The boys did everything to fool the audience.

Many panelists on the show guessed right, while some were hilariously wrong. Among the panelists, Nicole Scherzinger guessed it right for a second week in a row with Hanson. Also,  Jenny McCarthy Wahlberg guessed correctly. Unfortunately, Ken Jeong went with a different family: the Jonas Brothers. And Robin Thicke chose Sugarland. Guest panelist Rob Riggle joined the Hanson clique too, after initially guessing Devo.

Hanson and The Russian Dolls on the show

The Russian Dolls had a fantastic journey on the show. Revealed as the pop group Hanson. It means that the Russian Dolls were eliminated in last week’s episode. But, that doesn’t mean that they were not had fun. The three brothers made sure to entertain the fans with their sweet voices and always impressed the spectators. Nine weeks into the show, and the Russian Dolls stood strong. They also made it to “The Quarter Finals – Five Fan Favorites.” But, sadly, they got eliminated. Earlier Robopine also got eliminated. And it was revealed that it was actor Tyrese Gibson hiding behind the mask. 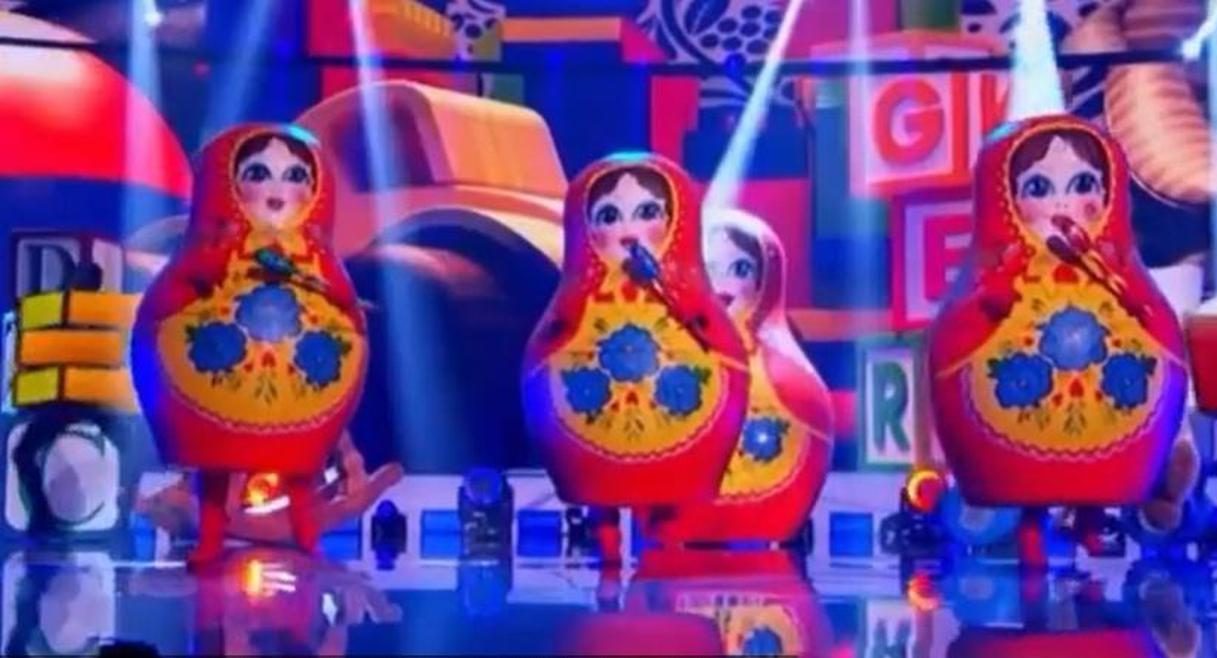 The Russian Dolls performed “I’m Still Standing” by Elton John this week. However, they got defeated by Black Swan, Yeti, Piglet, and Chameleon. One of them will take off their mask next week at the semi-finale. We bet the fans ready have a lot of guesses based on the story and clues provided to them.

The Masked Singer is an American reality singing television series. It is based on the concept of a South Korean reality show of the same name. In the US, it has successfully completed four seasons, and season 9 will conclude on May 26.

You can watch the show here. Until then, keep reading and stay tuned!