You can check out all the Geo Characters from worst to best in terms of power, popularity and abilities, here. 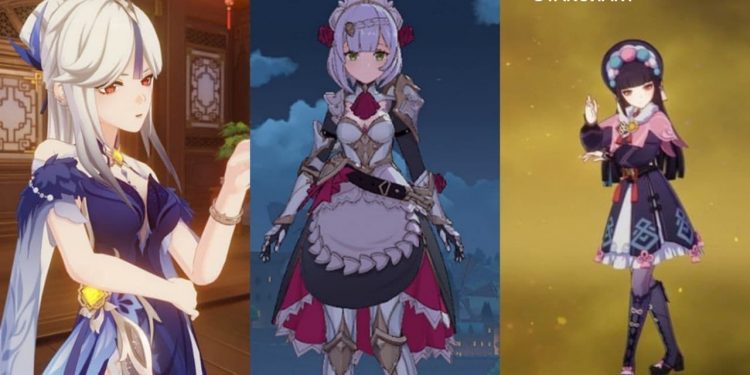 Geo element is one among the seven elements of the game, Genshin Impact. The characters have their specific element that works great when paired with other elements. If we talk just about the Geo element, the earth element is better known for its shielding effects. When paired with other elements, it crystallizes and prepares the best shield out of it, which can absorb any type of damage. Shields, protection, and anything which won’t let any damage come closer can always be great for the characters. Hence, geo characters must be chosen wisely so that the team becomes the best one.

Who are the Best Geo Characters in Genshin Impact?

Be it incredible attackers, perfect shielder, or best supporter; we have all kinds of characters who use the Geo element. And the ones on the first, second, and third rank are just incredibly powerful and might be the best ones to be included in a team. All the seven Geo characters, including the new one, are included and ranked so that people can choose accordingly. Also, the players have their own choices, so if they want, they can have this list for reference.

Ningguang is a beautiful character in Genshin Impact and the owner of Jade Chamber, a stunning landmass above the skies of the region Liyue. She is an important member of Liyue Qixing, a group that consists of seven merchants and leaders who certainly oversee the region. Ningguang is a 4 star Geo character with Catalyst as her main ability.

She was launched on September 28, 2020, and now she will be included in Genshin Impact 2.4 version. Her constellation is Opus Aequilibrium, and she prefers Quiankun Mora Meat as her special dish. Talking about the best build for her, then it could be Memory of Dust as the main weapon. Also, the best Artifacts for her could be Gladiator’s Finale and Archaic Petra.

Gorou is next on the list of best geo characters. He hails from Inazuma, and he is the most talented general of the Watatsumi Army. Gorou is such a character that he is always available when in need. People of his Army can always trust this wonderful guy. Well, he is a 4-star character who needs Geo element and has Bow as his important ability.

He entered the game on December 14, 2021, and he is already on the favorite list of players. Talking about his best build, he can always opt for Favonius Warbow as weapons. The husk of Opulent Dreams and Emblem of Severed Fate can be the best Artifacts for him.

Geo Traveler is the best free 5-star character and the most mediocre Geo user. Well, they are the one who becomes the protagonist and damages a lot, so they are on the list of best geo characters. But, they are a bit backward from others because their Geo element isn’t much useful, according to the players.

Well, they aren’t that unuseful as they can easily have access to the constellations, but others have a hard time doing so. Also, these characters give a good amount of damage to the opponent, but according to the players, their strength decreases with every new update.

Also Read: Genshin Impact: Xiao, Ganyu and Zhongli Rerun, When Will it Happen?

Let’s meet Noelle. She is also a 4 star Geo character with Claymore as her main weapon. She is smart, cute and she can be reliable if anyone is in trouble. This faithful character is still not included in the Knights of Favonius, but she wishes to join the crew one day as a knight. But right now, she is on her way to serving as a maid in the crew, and after that, she can think about being a knight.

So, this character is on fourth because she has everything in her in a small amount. For example, recovery, DPS, Support, and protecting, she can do it all. Also, if there is a challenge named Albedo in front of her, she knows how to deal with him too. Furthermore, if a player wants her in his team then he can put her for healing purposes. She is good at it. Also, her constellation is Parma Cordis, and she was launched on September 28, 2020.

Kriedeprinz, aka Albedo, is a 5 star Geo character whose main weapon is a sword. This character is a human, but he was made, not born. Rhinedottir, aka Gold, is a well-known researcher, and she made Albedo. Now this creation was one of her masterpieces. Well, if we see his abilities, he is the one who is leading the investigation team of the famous troop, Knights of Favonius.

In Genshin Impact, Albedo was launched on December 23, 2020, and his constellations are Princeps Cretaceus and Story Quest Chapter. Furthermore, he lives in Monstadt, and he is in the third position on the list of best geo characters because of the good damage he gives to his opponents.

Next comes the second most powerful and incredible character among the best Geo Characters, and he is Arataki Itto. He is a 5 star Claymore character who uses the Geo element the most, and he was launched recently on December 14, 2021, for the previous update of Genshin Impact. This character has lightning speed, and his attacks are certainly very hard-hitting for the opponent. Certainly a tough guy for combat!

The most interesting thing about Arataki Itto is that his normal attacks are so powerful and effective that the opponents can easily flee from the field. Thus, if this character’s attacks get upgraded, then his speed and power will boost up shockingly. Talking further about the second ranker, his constellations are Taurus Iracundus and Story Quest Chapter. Just like his clan, Crimson Oni, this personality also values his pride and principles a lot. Furthermore, he has his team named Arataki Gang, where he is the leader and founder of it.

Zhongli is the one who can be the face of Geo Archons. His overall abilities and powers can easily rank him first among other best geo characters. For instance, he is perfect in shielding. His attacks can be compared to Arataki Itto, and he has the best coordination with any character. Also, all the other geo characters look at Zhongli to get powers. Similarly, Zhongli takes strength and power from all other members. If a player wants to match him with Ningguang, the match will work amazingly with the passive talents of both.

Also, he is calm and intelligent too as he is currently working as a consultant for the Wangsheng Funeral Parlor, whose 77th director is Hu Tao. Furthermore, Zhongli is a 5 star Geo Character with Polearm as his main weapon. He has Lapis Dei and Story Quest Chapter as his constellations, and he was out on December 1, 2020.

Who is The Newcomer?

The newest and the most talented Geo Character, Yun Jin, was launched on January 5, 2022, with Shenhe, a five-star cryo character within the same banner. So, yes, they are sharing the same banner. But, Shenhe won’t be paired with Yun Jin as she is a five-star character. Now, Yun Jin is no less talented than anyone, as she knows art, and now she is all set to defeat her opponents in the battleground. A five-star geo character whose main weapon is a polearm works at the Heyu Tea House.

So, she knows brewing, singing, and dancing, which means she is a good entertainer. Now talking about her constellation, she has Opera Grandis, and she is associated with not only Heyu Tea House but also with Yun-Han Opera Troupe.

How To Get Bones In Animal Crossing?