After taking a dive into France's Motor history and how things work in the country, which is the next country on Clarkson, May and Hammond's list in The Grand Tour Season 4 Episode 5? 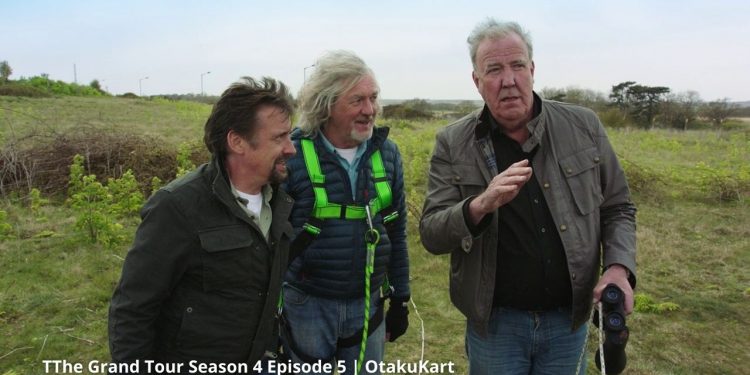 From The Grand Tour Season 4 Episode 4

As we wait around for The Grand Tour Season 4 Episode 5, Jeremy Clarkson, James May, and Richard Hammond took us to France recently. All in the hopes of figuring out why France is so weird and distinct from the rest of the world. It didn’t have to do with the cars specifically. The show took a quick look into the history of the country as well as the weird traffic and parking rules the country has. Basically, it’s just the way how people in France carry their day-to-day activities.

So if we look at the same, the show opened with Clarkson, May, and Hammond driving three different French cars and retelling what makes them special. At the same time, what is weird about them and the history they share. We even went to see cars being dropped from high above to taking these regular cars literally on the top of the mountain. Lastly, Hammond stopped entire traffic causing a ruckus. Here is a quick look at everything that went down recently on the show.

Previously on The Grand Tour Season 4, the show opened up with the question of “What is the matter with France?”. After diving deep into the history of the country, we came to see a number of French cars. Clarkson was driving the most “French of French” car as in, A Citroen CX Safari. Meanwhile, Richard was driving a Matra Murena and James was driving a Renault. The latter of both was inspired by BMW 6 series, as in The Avantime. James also took a look at the heavy door of the car.

The one to look at especially was the Leyat Helica that took the trio’s breath away. Despite two failed tries, Hammond got it running and scared everyone away. Next, the trio took the viewers into a look at how French cars may look normal but are usually not. For example, Renault 4, on which the distance between wheels on one side is 94 inches. Then on the other, it is 92 inches. We also saw Hammond instructing how the people in France usually take place for their car’s parking. How? by literally pushing the other cars a little away.

Then the trio told us the reason why the no French carmaker never made a large off-roader because a normal car does the job to climb a mountain. To test that theory, the trio literally went through mud, woods, and off-road that saw them literally destroying their cars.

Then Hammond took us to show how the French usually uses their Roundabout. This even saw Hammond taking abuses from the locals for blocking the traffic. Then we took a look at incredible ride quality French cars give where a person could even calmly diffuse a bomb. The episode came to a close with the trio racing on the track and dropping a car they didn’t like from the air.

Also Read: Is Young Rock Season 2 Coming Back to the Screens?