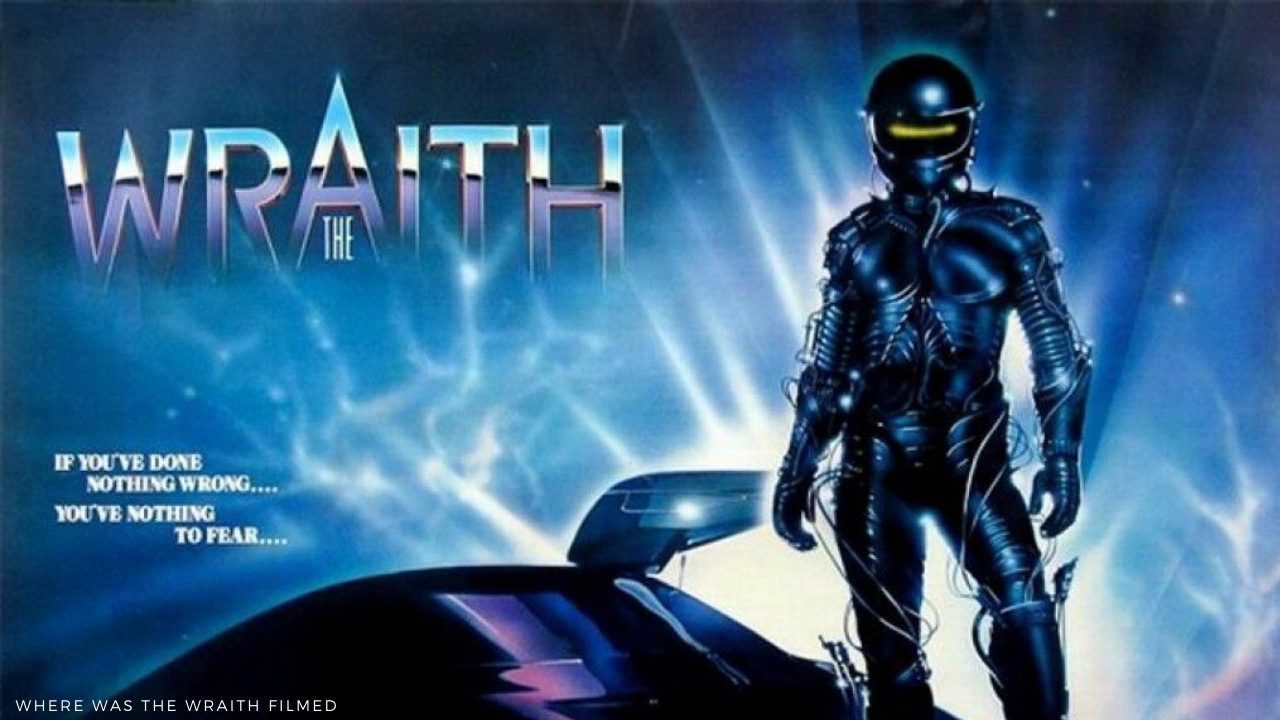 Where Was The Wraith Filmed? The Wraith is a fantasy action film made independently in the United States. Its Philippine version was released under the title Black Moon Rising: Part-2. It is produced by John Kemeny. The film was directed and written by Mike Marvin. The film stars Charlie Sheen, Sherilyn Fenn, Nick Cassavetes, and Randy Quaid. November 21, 1986, marked the debut of the film in the theaters. New Century Vista Film Company released it on just 88 screens in the United States. New Century Entertainment Corporation later released the film. The Wraith tells the story of its title character, a teen who unexpectedly returns from the dead. He drives a supercar, which is invulnerable, is a street racer who is supernaturally created or alien. As a revenge-seeker, he wants to get even with the people who killed him.

Lighting Video released the VHS version of the film in 1987.  This was followed by a LaserDisc release by Image Entertainment. After its DVD release in 2003, it was distributed by Platinum Disc Corporation. However, it does not have any special features. Also, It is available in pan-and-scan format only. However, some footage is included that is not found on the original VHS or LaserDisc releases. On March 2, 2010, Lionsgate released a widescreen Special Edition DVD.  Previously unavailable footage was included in this package.

Reviewers have had mixed opinions about The Wraith. Film historian and critic Leonard Maltin dismissed The Wraith as “…for those who like fast cars and lots of noise. While the Wraith is described as having “comic-strip killer car thieves” by Time Out review. Also, In an episode of Cinema Insomnia, the film was featured after its theatrical run. 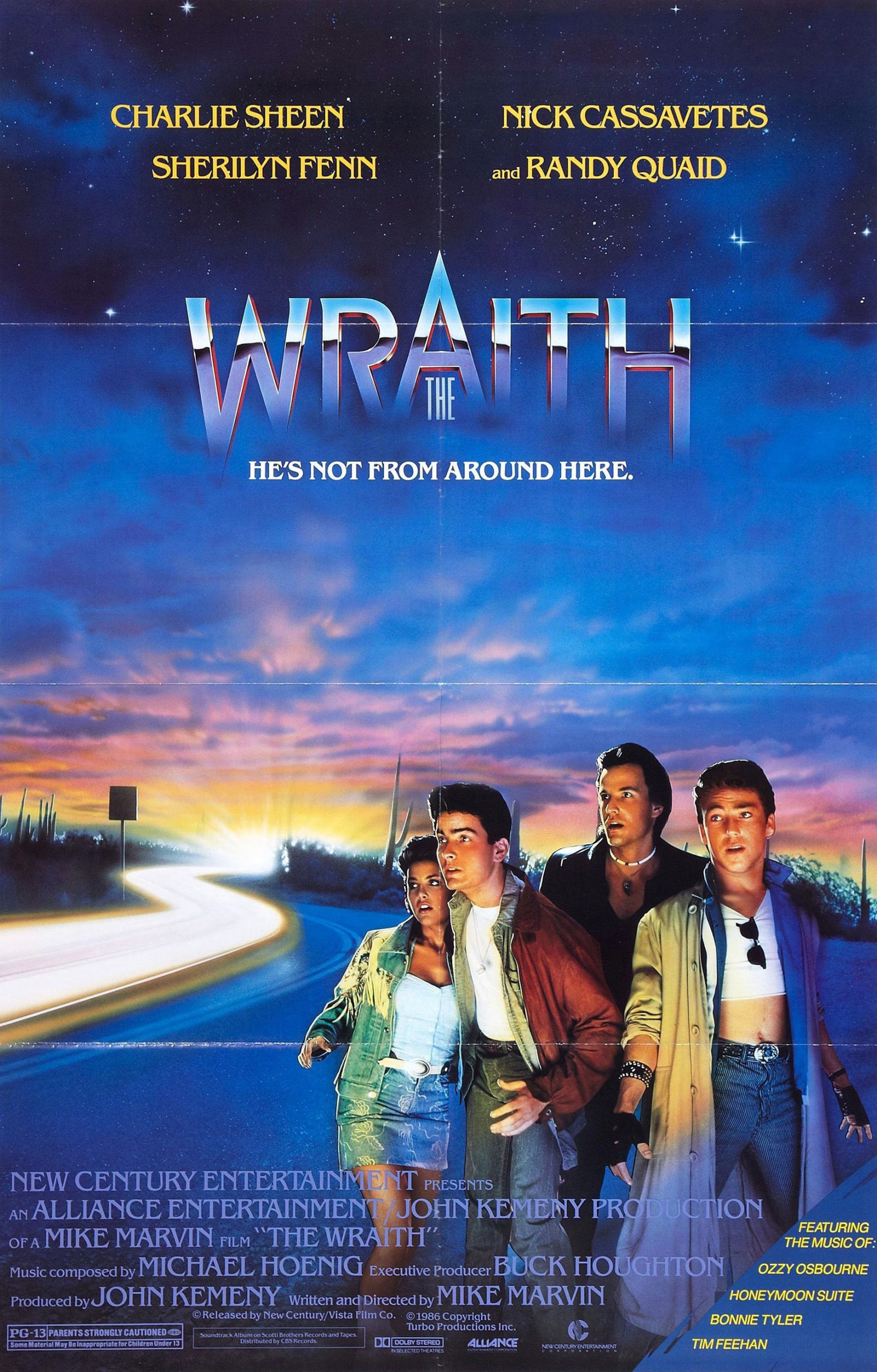 Where Was The Wraith Filmed?

The Wraith was filmed in Tuscan, Arizona, in the United States. The Wraith was a film of a different genre. As a result, it attracted a large fan base. This movie kind of appealed to many people. Due to its unique plot, the movie was a little different. Therefore, it also gained a large following. It was wonderful to see the setting of the film. So, it raised many questions among the fans.

Several shots of Freeman Road on the southwest side of the city were used in the scenes of the fictional “Brooks, Arizona”. As with the film’s real-life setting, Keri’s (Sherilyn Fenn) home was located at 2128 East Fifth Street. There was, however, a special set created for “Big Kay’s Burgers.” It was built at 2755 East Benson Highway, but it no longer exists. Also, Big Kay’s Burger Drive-In gained status like the Seven Wonders. It was formerly a pizza joint when it appeared in the film.

Sheriff Loomis goes to talk to Skank and Gutterboy. He goes to the airplane graveyard where they both work. It was filmed at Davis-Monthan Air Force Base. Sabino Canyon is the location of the swimming hole in the film. It is located off North Upper Sabino Canyon Road. General Hitchcock/Catalina/Mount Lemmon Highway is the curvy mountain road where Packard and his gang compete in deadly races. It wound its way through natural stone monoliths just north of the city. At East 7th Street and North 4th Avenue, Skank and Gutterboy chase after Jamie and Keri. A scene in which Jake and Keri ride down the road was filmed in the Sabino Canyon Recreation Area northeast of Tucson. 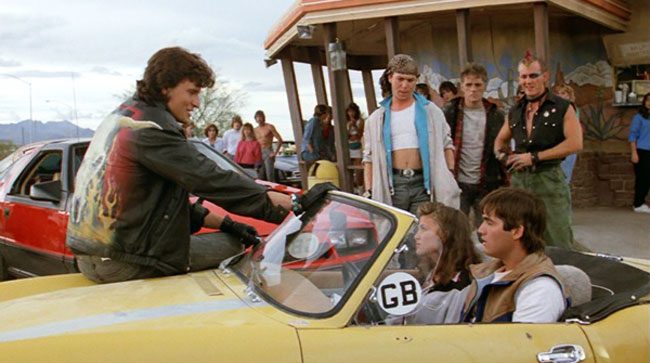 A scene from The Wraith

Summary Of The Movie

Packard Walsh and his team of bumbling thugs terrorize a small Arizona town. They force drivers to drag race as part of their money-making scheme, “racing for pink slips”. There was a girl that Packard was obsessed with. Jamie Hankins comes into contact with the girl intimately. Unfortunately, the boys lose control of things. As they kill Jamie Hankins for being intimate with the only woman Packard wants. Soon after, a Mysterious man or spirit descends from the sky in a sports car.  The mysterious young man introduced himself as Jake Kesey. Besides, Jake becomes friends with Keri Johnson. Keri is the young woman Packard would kill for. A series of tragedies begins as Packard’s gang loses life afterlife, racing the unknown driver. Meanwhile, Sheriff Loomis is hunting them all down.

Also Read:  Where Was Jaws 2 Filmed? All About The Locations Used