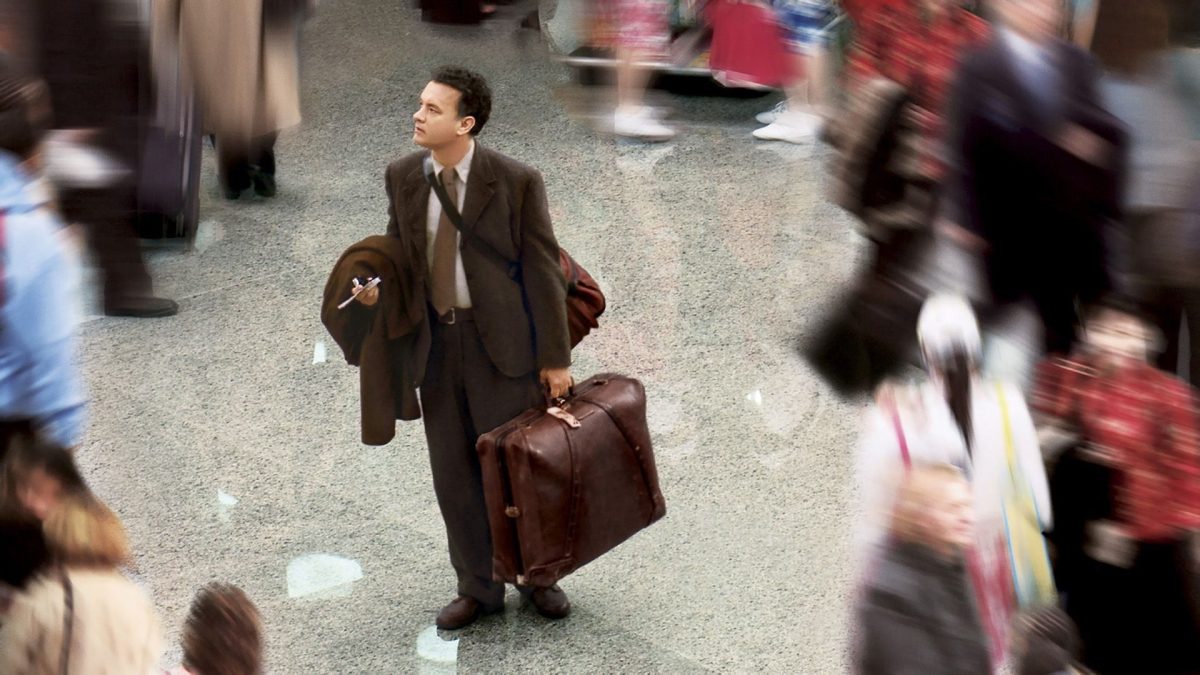 Tom Hanks has been in the Hollywood industry for the past 44 years. Giving a huge number of great movies, he has acquired a huge fanbase. In his acting career, movies like Forrest Grump, The Vinci Code, Sleepless in Seattle, and a lot more have even formed a cult. One movie that tops the cult classic list is “The Terminal”. Even those who are not fans of Tom adore The Terminal for its amazing storyline and the location where it was filmed. Directed by Steven Spielberg, the movie stars Tom Hanks and Catherine Zeta-Jones in the lead roles. The film released in 2004 is still very much relevant.

The movie follows a man named Viktor Navorski, a man from the country called Krakozia. The problem begins when he reaches New York City and gets to know that his country is not recognized by the United States of America. Coming from a place that doesn’t exist according to the govt. he can’t really go back either. Now being in legal trouble and a ‘threat’ to the security of the public, he has no option but to stay at the International Arrivals Lounge. But not to step out under any circumstances.

Where Was The Movie “The Terminal” Filmed?

The Terminal has some amazing cinematography, thanks to Speilberg. Majority of shootings took place in the airport. Many movie buffs had tried to locate the places where The Terminal was filmed. Taking two months to complete, the shooting of the movie took place in parts of the US and Canada. To begin with, the movie starts with the shots of the insides of the JFK Airport terminal in New York. As it was not possible for the production team to shoot at the JFK airport without facing interruptions for long hours. The team had to move to the Palmdale Regional Airport. The art team made a detailed JFK look-alike set from scratch and placed it at Palmdale airport. The airport is close to the city of Los Angele, at 41000 20 Street East in Palmdale, California. 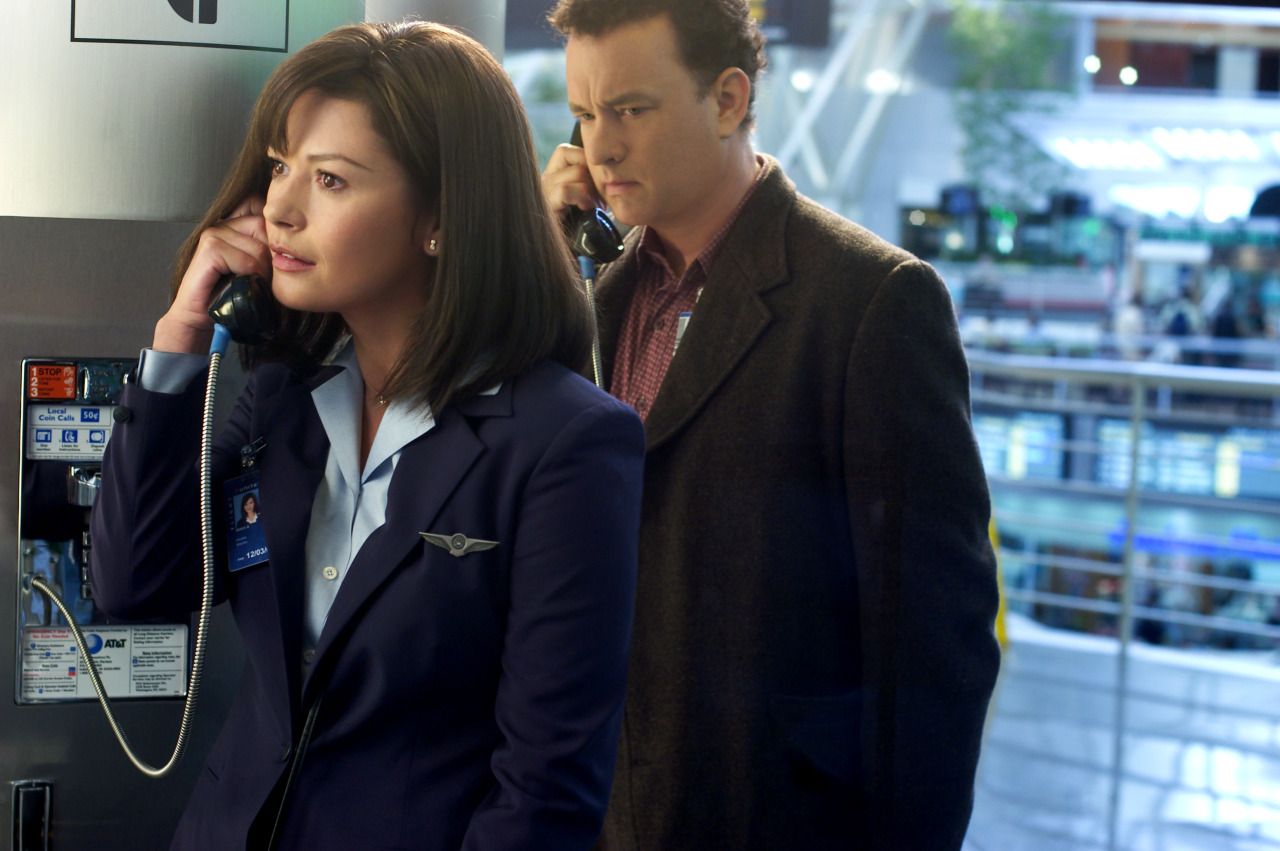 For the outside shooting, the crew moved to Canada. As Tom’s character finally gets to leave the airport, the more shifts to Montréal-Mirabel International Airport. The airport is located at 12300 Rue Services A-4, in Mirabel, Quebec. By the end of the movie, the crew moved back to New York City. Viktor Navorski steps into the new country as the security finally releases him. The final scene shows Times Square in the Manhattan district of New York. A little bit of shooting also took place at the Los Angeles International Airport, which is a very important terminal at 1 World Way in Los Angeles. While some shots from the director’s production office of Amblin Entertainment from the Universal City Plaza of Universal City made it to the film.

The Man Who Renacted “The Terminal”

Not a lot of people know this but a person actually recreated the movie “The Terminal” in order to save himself. Inspired by the life of Viktor Navorski, a man named Hassan al Kontar lived at the airport for 7 months. Hassan is a refugee from Syria, now living in Canada as he got asylum from the Canadian government. He flea his country in 2011 when the war begins in Syria. Before running away, he used to work as a marketing manager in the insurance industry in UAE. He did not want to join the military, so he ran away. Reaching the Kuala Lampur Airport, he applied for asylum in Malaysia. But was unsuccessful. He refused to go back to his country. As he was afraid that he would either be arrested or made to join the military. 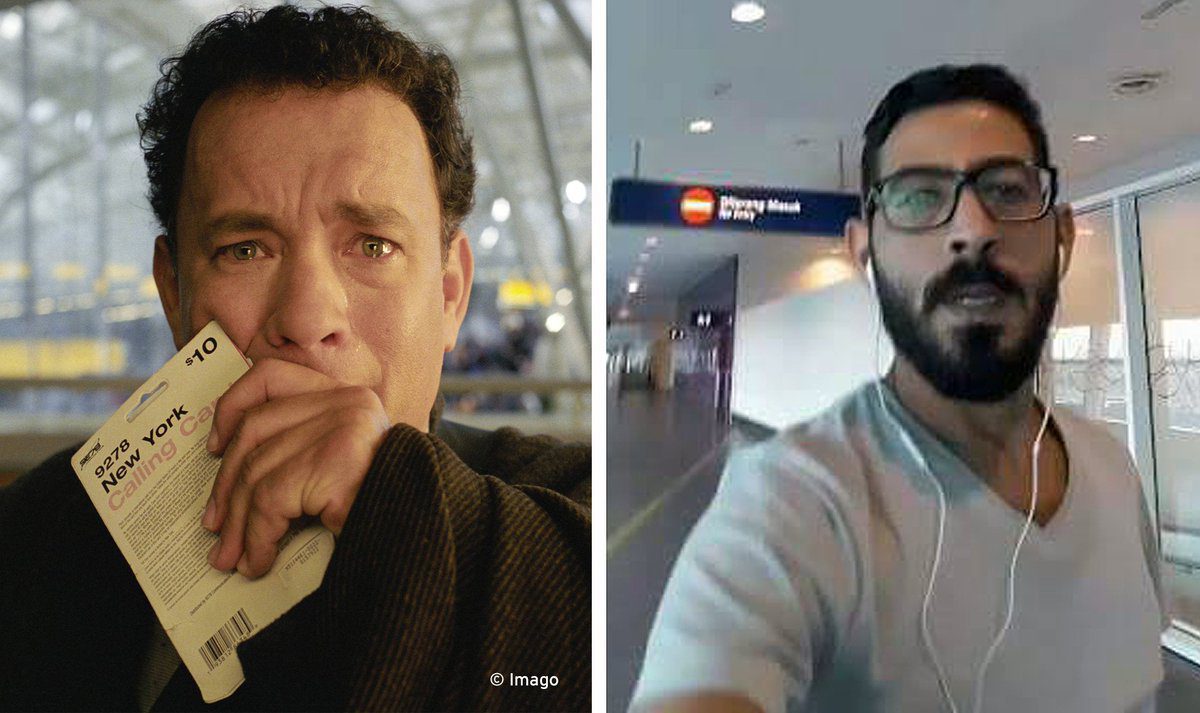 After his passport expired, he was living illegally in UAE, having no job and barely any money to survive. He was arrested in 2016, Finally getting a two-year passport in 2017, he got deported to Malaysia as the country gives Syrians visa-free entry on arrival. After his three-month tourist visa ended, he refused to leave the country and went on to live at the airport for the next seven months. He lived at the airport and used to knit and water plants, and was surviving by the food donated by the airport staff. Staying at the airport, he applied for asylum in Canada through his lawyer Andrew Brouwer who helped him speed up the process. He now lives in Canada and also wrote a book about his life at the airport.

Also Read: Where is Wild N’ Out Filmed? All That We Know