All the things about The Postman like where the movie was filmed, where it is streaming now, why the movie was a big flop revealed. 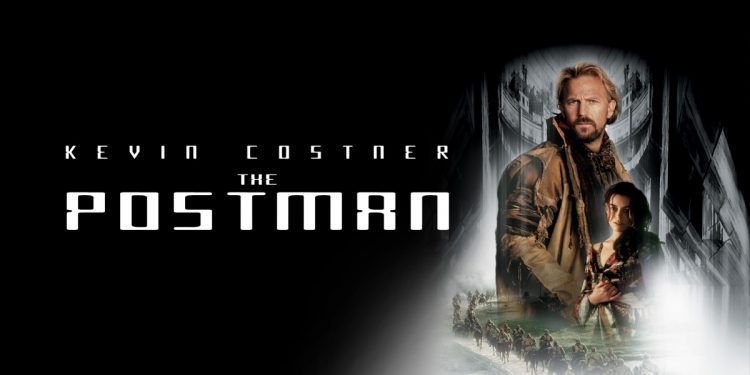 The 90’s action-adventure, The Postman, which is based on an American post-momentous, sounds so fascinating. But the film was not that fascinating. The only best part about the film was it was released on Christmas (25 December 1997). Kevin Costner plays the lead role in the same, and at the same time, he was the director and the producer of the film. Kevin took the idea of making the film from the book of the same name. The film features Will Patton, Larenz Tate, Olivia Williams, James Russo, and Tom Petty. So, where is The Postman filmed? Is there any single filming location or multiple locations where The Postman was filmed?

But this movie was not up to the mark. Also, it can be assumed that it was the worst movie of the year 1997 for that matter. The reasons can be many, and the first one is its duration. This movie is 3 hours long, which is a reason to find it boring. This super flop movie though nominated for three Saturn Awards but won all five Golden Raspberry Award nominations, including Worst Picture.

There is one interesting part you might not know, and what is it? You might be thinking that this is a joke that the most disastrous movie has something good to talk about. Let’s cut the crap and talk about the good part, which is its filming locations. Where is The Postman filmed? Again you might be wondering that what is so good about the filming locations of The Postman that I am hyping it that much.

The Postman filmed was filmed in the US but in different locations. Some of the scenes were shot in Metaline Falls, and Fidalgo Island, Washington, Central Oregon, Three Lynx, Oregon, Green Valley, Arizona, Sopori Ranch, Arizona, USA, Boundary Dam, Metaline Falls, Washington, USA (Bridge city scenes), Anacortes, Washington (the final scene with Mary Stuart Masterson) and southern Arizona around Tuscon and Nogales, All these filming locations are US-based. And why is it an interesting part? The answer for this is, the producer and director tried to cover all the towns and cities of the US to make the movie more realistic. But who knew that this idea would result in a total disaster.

Why was ‘The Postman’ a total flop?

The whole storyline is based on a book with the same name. Let’s put a light on the story so that we can analyze the reasons that why it resulted as the worst movie of 1997.

Here begins the story, Years after a major global conflict has left the United States in dystopian disarray, a gypsy traveler well known as The Postman, which is played by Kevin Costner, who is also producer and director of the film at the same time, wanders through towns in the northwest. He played the role of a delivery guy who is delivering old mails. The only role that makes people believe that the US government has been restored. During the Postman’s traveling time, he becomes involved with the lovely Abby (Olivia Williams) and clashes with the dictatorial Gen. Bethlehem (Will Patton).

So, That’s it. The Whole movie is based on this Postman, which unfortunately made it the most boring movie. Also, the movie is very long and very heavy-handed. All the scenes are shown in a very cheesy way. And there are so many unrealistic things involved which is another reason that the movie was a total flop. But there are a few good parts in the movie, but unluckily the execution just doesn’t work. Sometimes it happens. Things don’t work out the same, as we assume.

And I am sure the majority of people think it’s a chore to rewatch. That’s why people will no doubt call “The Postman” the worst film of the year. But, If we are talking about the storyline, overall, it is a goofy and pretentious movie, and the audience hates cheesy and goofy films.

Is The Postman available on Netflix or any other platform?

Yes, The Postman is available on Netflix and many other OTT platforms like Amazon Prime, Vudu, Apple TV. You can watch it anywhere anytime. Make sure that you have a subscription to any of these platforms. This film is only available in English on these platforms.

Also Read: Where Is Cutthroat Island Filmed? All Locations Revealed