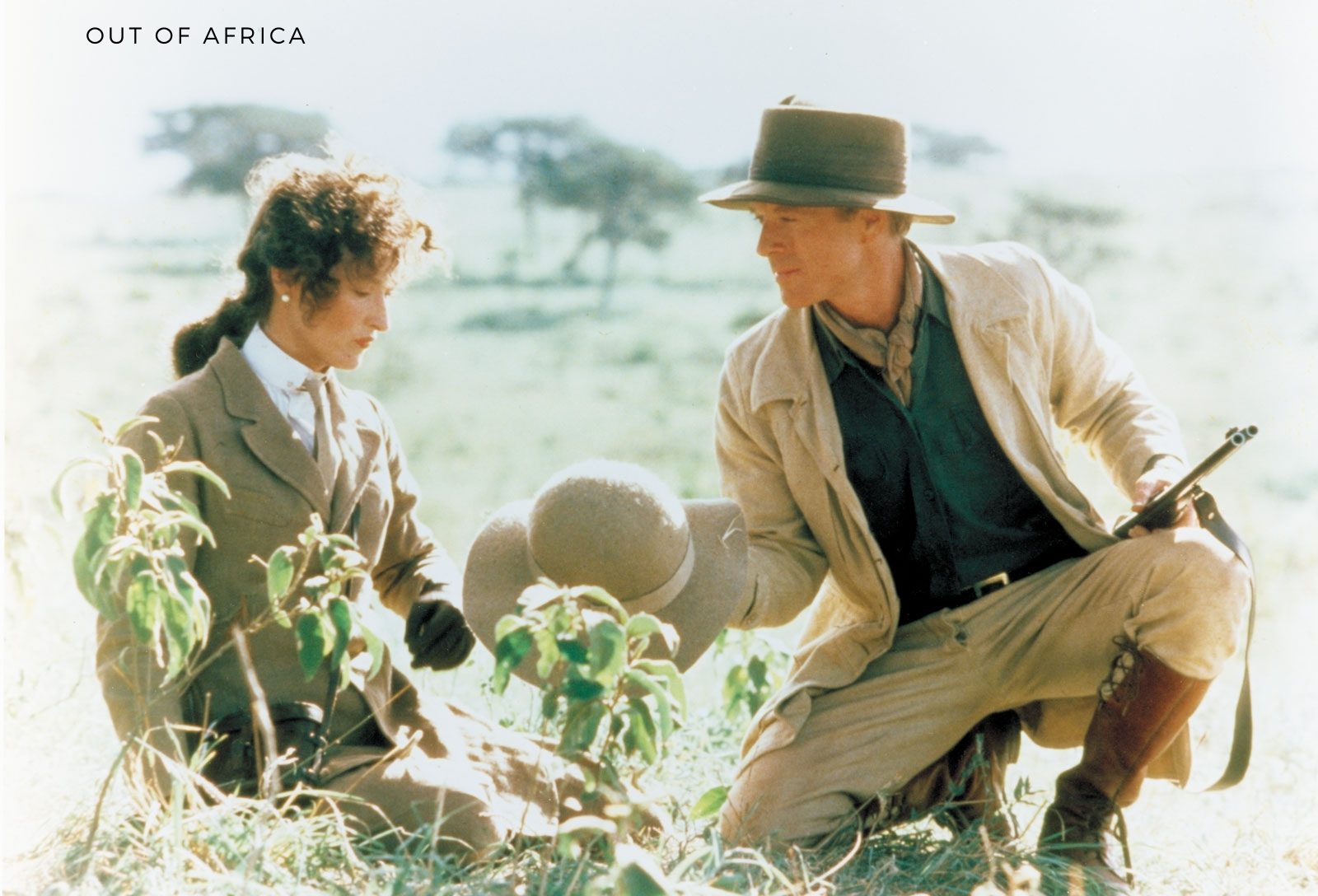 Hello, internet! In this article, we cover Where was out of Africa filmed. Firstly Out of Africa is a 1985 movie directed by Sydney Pollock and stars the woman who gets an Oscar nomination almost every year, Meryl Streep, as Karen Blixen. It is basically about her life away from Danish civilization. There she is in a relationship with her husband and her growing affection for a game hunter played by Robert Redford. This is one of those movies that I’ve heard a lot about. So, let’s see, where was Out of Africa filmed?

When my editor sent me this topic, I saw a good chunk of it. But I didn’t want to finish it because I like watching a movie from beginning to end, and I’m not particularly eager to get into a film without seeing the start of it, A young Meryl Streep and a younger Robert Redford. And all I thought was that this is one of her movies where she really would deserve an Oscar rather than just being nominated, but I suppose not. She’s excellent in the film, and she pulls off a Danish accent beautifully. Robert Redford is also quite charming and perfect in the movie. The two of them actually have some chemistry together that is convincing at times.

Where was Out of Africa Filmed?

Out of Africa was filmed in Kenya, and with John Berry’s music, the film is simply outstanding. Firstly, the score meshes well with the beautiful cinematography, like there are sequences like when Robert Redford and Meryl Streep are flying in the plane over Africa. They’re just jaw-dropping. The music with that uh sequence just adds to the effect. And the cinematography really does wonders. David Leans was the guy who directed a lot of great epics like Lawrence of Arabia, Dr. Shivago, and A Passage to India. Also, it really feels like Sydney Pollock drew inspiration from those films and incorporated it in Out of Africa, and as for the story, well, it’s nothing too special. I mean, it’s based on the memoirs of a natural person, which is fine.

Who was in the cast of “Out of Africa?”

Sydney Pollack directed and produced Out of Africa, a 1985 American romantic drama film starring Meryl Streep and Robert Redford. The film is partly based on Isak Dinesen’s 1937 autobiographical novel Out of Africa. The pen name of Danish author Karen Blixen. With extra material from Dinesen’s 1960 book Shadows on the Grass and other sources. Kurt Luedtke turned the novel into a screenplay. The film’s photography took place in Kenya in 1984.

Also Read: Where was The Night of the Iguana filmed?

Out of Africa plot with spoilers included

Karen Blixen recounted her previous life in Africa when she moved as an unmarried wealthy Danish lady in 1913. After being rejected by her Swedish aristocratic boyfriend, she convinced his brother to marry her for mutual convenience. She soon discovers that Bror has abandoned their previously agreed-upon plan and spent her money building a coffee plantation. Karen and Denys Bror are divorced due to Bror’s adultery. Denys buys a Gipsy Moth aircraft shortly after the war ends and often takes Karen flying.

During his trips, she thinks up exotic and creative tales to amuse him in the evenings. Karen learns that Bror has infected her with syphilis. Then she travels to Denmark for therapy and recovery since she cannot get appropriate care in Nairobi. While she is gone, Bror continues his safari job when she returns, now unable to have children, and they begin to live apart. Karen Dinesen, a Norwegian woman who went to Africa in the 1970s and 1980s, was forced to leave her husband after being killed by an armed group of rebels. She returned to the where she wrote a book about her experiences and became a published novelist.