Where is Mad Max Fury Road Filmed? What was the Controversy?

In this article, we will be trying to find out where was Mad Max Fury Road filmed, and what controversies it was involved in. 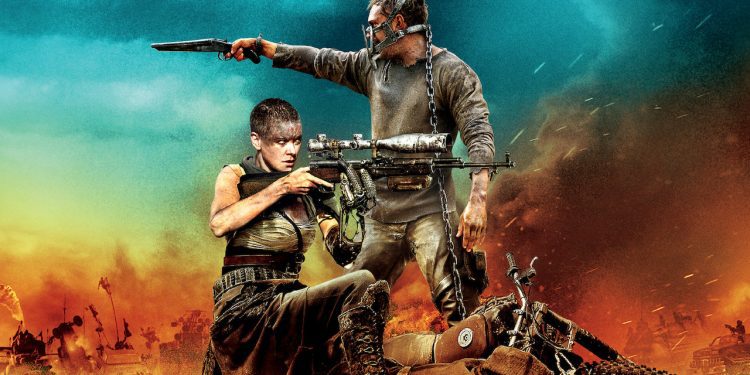 If you love action movies, then you must have watched Mad Max Fury Road. Anyone who is a huge fan of action movies has already watched the whole Mad Max series. If you are new to the genre, then we strongly recommend you to watch the movie. Mad Max Fury Road is the last movie in the franchise and can be considered to be the “revisiting” of the previous movies. As expected of the last movie in the franchise, it was quite a hit at the box office. Here, we will be trying to find out the filming locations of Mad Max Fury Road and what controversies it was involved in.

Released back in 2015, the movie won six Academy Awards and was nominated for ten categories. This is quite the feat for the movie. Also, it was the highest-rated movie in Rotten Tomatoes in 2015. The movie was the best movie of the year and had managed to get $16.77 million on an opening day, and overall it grossed to near about $154.1 million from USA and Canada. It was indeed a good end to the Mad Max franchise.

The filming locations of Mad Max Fury Road were set in a desert area in Namibia, South Africa. Only Mad Max die-hard fans know that this was quite different from where all the Mad Max movies were usually shot. Previously, all the three movies of the franchise were shot in Sydney. However, as they went to shoot for the fourth movie, they found out that the dry area in Sydney had watered up, and it had become a green area. Hence, the team decided to head for Namibia. This was a good move as the desert background gave a good atmosphere to the movie.

However, the crew did get into some controversies though they did not respond to it. The Namibian desert is decided among a lot of reserves, some under private, and some under the Government. Usually, one has to take a pass to visit any specific area of the desert. The team did get a pass for shooting. However, it was reported that a tour guide had found out that there were tire marks on the area where the shooting was not supposed to be. Also, they had tried to remove the tire marks with the help of nets. This was against how the desert should be treated.

Namibia gets hardly any rainfall at all, and the small plants and animals are dependent on the fog from the ocean for their survival. Using nets caused a lot of harm to them, and Namibia’s ecosystem is quite fragile. However, the Namibia Film Commission, which the Government runs, denied all these accusations and confirmed that they did nothing wrong.

Also Read, Where Is Operation Daybreak Filmed? All Locations Revealed!

The main character Max Rockatansky was played by Tom Hardy this time, instead of Mel Gibson. The female lead, Imperator Furiosa, was played by Charlize Theron. The villain of the movie, Immortan Joe, was played by Hugh Keays-Byrne. Nux was played by Nicholas Hoult, and there were plenty of others too. All of them had managed to bring the movie into life with great vigor. Though the actors did not receive any Oscars for the movie, yet it had managed to get ten nominations which was quite a big deal for the team and the Mad Max fans.

For those who have not watched the movie, here is a small synopsis for you. The movie is inspired by the comic book of the same name and written by George Miller, who also directs the movie. The setting is a post-apocalyptic world in Australia where there is a huge war, and Max is captured by Joe. As Max tries to escape, he comes across Furiosa, who is also trying to escape from Joe along with his Five Wives. They are making way for the “Green Place,” which Furiosa remembers from a dream. However, the journey is not that easy as Joe is following them around to get his wives back and take revenge. Do they make it to the “Green Place”? Or do they get captured by Joe once again? For this, you need to watch the movie!

You can watch the movie, here.

Top 10 Wind Users in Anime That Were Very Powerful