Keep on reading to get everything you need to know. 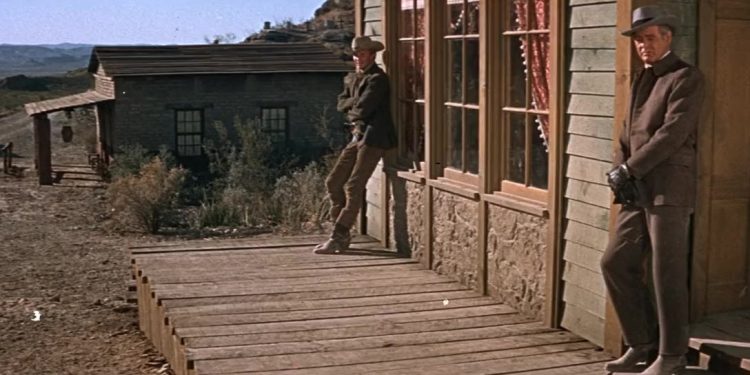 ‘Hour of the gun’ movie reached its audience in 1967, and here we shall discuss its filming locations. The film was based on the life of Wyatt Earp and Doc Holiday in the battles in 1881. The Gunfight at the OK Corral and its aftermath in and around Tombstone, Arizona, starring James Garner as Earp, Jason Robards as Holliday, and Robert Ryan as Clanton. John Sturges directed the film. In a fight, Marshal Wyatt Earp kills two Clanton gang members. Unfortunately, Clanton’s thugs assassinate the Marshal’s brother in retaliation. As a result, Wyatt and his friend Doc Holliday set out to track down the assassins.

This story is based on a novel called ‘The Tombstone Epitaph’ by Douglas D. Martin (Albuquerque, 1951). This film is the second film that John Sturges directed about these events. The first film that had arrived was ‘Gunfight at the O.K. Corral’ released in 1957, exactly ten years before the ‘Hour of the Gun.’ In the previous film ‘Gunfight at the O.K.Corral,’ everything was scripted earlier, which had disappointed the director of the film because he was not sure if he could pull that off perfectly for the next movie. He called ‘Hour of the Gun’ a melancholy character study because this story was more about the mindset than being all about guns.

Plot of ‘Hour of the Gun’

The film starts with Deputy Marshal of Tombstone Wyatt Earp and his elder and younger brother Virgil and Morgan. Ally Doc Holiday Confront the Ike gang in a shootout that was too violent to handle at O.K. Corral, Arizona, the town of Tombstone. Ike is a rustler who conspires against Earp and his brothers. He charged them with murder, and they were tried against the law. When they are released, the series of events take place where Morgan re-runs in the Tombstone City Marshall elections but is assassinated just after a day of winning the elections. This leads to a succession of events, and the story runs further.

Earp returns to the Colorado sanitarium to see the infirm Doc Holiday and bids him farewell, telling him that he is genuinely returning to Tombstone this time. However, as he departs, Earp confesses to a visiting Tombstone elder that he is leaving the Southwest entirely, never to be associated in law enforcement again. Holiday looks out the window as his friend rides away, then returns to his game of poker with his hospital health aide.

Hour Of The Gun Filming Locations

Hour of the Gun was filmed in Durango, Mexico. Durango was a perfect place for the movie because the surroundings fit apt. The nice-looking rugged terrain complemented the film well. Durango is the largest city in Mexico. It is one of the most isolated places in the world. The desert gave a perfect surrounding and matched the theme of the film.

The city has colonial architecture and tombstones that make the place historic. The cathedral faces the Plaza de Armas, the city’s main square, which was established with the city’s official founding. At the center, a pink sandstone kiosk could be found. The booth houses a shop where students from the School of Painting, Sculpture, and Crafts sell their handicrafts. Apart from Durango, the small portion of Hour of the Gun also had its filming locations in Mexican cities like San Miguel de Allende, Guanajuato, Torreón, Coahuíla, Estudios Churubusco Azteca, Mexico City, Distrito Federal, and even the United States of America.

The film was ahead of its time and had an exciting plot. However, according to Bruce Eder, the film had confined the character of James Garner as Wyatt Earp. You should see the movie to judge whether he was right or not.

Also Read: Where Is All Creatures Great And Small Season 2 Filmed? All Locations Revealed

Will There be a Solo Leveling Chapter 180? Latest Updates from D&C Webtoon